Counterpoint One Year On: Reflections and Experiences 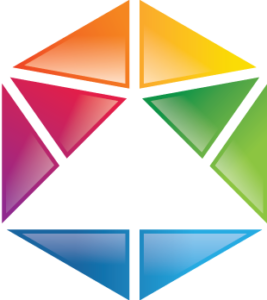 One trip around the sun, four seasons, four events, and fifty blog posts later, Counterpoint is turning one! We have had a great year, in large part thanks to our magnificent team and collaborators. We’d like to take this opportunity to give you a year-end review.

We started off with a launch event in Berlin last August, “Beyond Pluralism,” where we had an excellent panel discussion about culture wars, the challenges of the new nationalisms, and the Anthropocene. Anthea Butler gave a stirring keynote address on “Race and the New Nationalisms.” As a result of the presentations and discussions with all the participants, a number of core themes emerged that have served as a guideline for Counterpoint activities, in particular the need to conflate spaces of knowledge and to queer the demarcations we too often take for granted—scholars need to leave the niches of their disciplines and engage in true conversation with people outside of the academy.

Our first co-sponsored event was hosted by Decad, an art studio in Berlin, titled: “Paradoxe Plausibilität(en): Astrologische Deutung aus unterschiedlichen Perspektiven.” As the title suggests, it was held in German (but you can read the English report here). At this two-day event there were 30 attendees from various backgrounds who engaged in a conversation about the paradox of astrology in the modern world—discarded by science and philosophy, and at the same time highly plausible for many. What emerged out of our conversations were interesting ways to bridge these gaps philosophically, psychologically, and culturally.

For the second co-sponsored event, “Bio-Cultural Diversity and Hegemonic Power: The Role of the Humanities in Navigating Knowledge,” we changed cities to Groningen, the Netherlands. Held at the University of Groningen, this day-long symposium included artists, activists, politicians, and academics discussing various types of hegemony and the humanities’ responsibility to address them. All the participants helped to formulate strategies for future activities, ranging from including these topics in the classroom to setting up encounters between scholars, artists, activists, and politicians.

Our third event was held in Cork, Ireland, in conjunction with the International Society for the Study of Religion, Nature, and Culture. Our open discussion with five different panelists from across the humanities about how to deal with environmental despair attracted a standing-room-only audience despite the early hour. It was amazing to see how powerfully personal experiences influenced the choice of intellectual themes as well as the political and environmental struggles of each panelist. It was a testament to the idea that the personal is political, and that knowledge is always and already subjective. All the attendees agreed that this open reflection on the emotional and biographical side of academic work was an exercise in healing, and that we should create such opportunities much more often in academic work.

In addition to these wonderful events, over the past year we have hosted (almost without exception, thanks to the untiring support and vision of our blog editor, Marcia Pally) a weekly blog on various themes related to the Counterpoint vision. These topics have ranged from the Anthropocene, queer theory, animal communication, and environmental mourning to nationalism(s), Chernobyl, science and religion, sexism, and human and animal rights. We have over 200 subscribers to our blog, and many more people find the website and explore the publications as a repository for ongoing discussion and reflection. We would like to take this opportunity to thank all of our guest and regular bloggers for making this possible. If you haven’t already, please check out these 700–1000 word blogposts on our website and consider contributing to the conversations.

Finally, we are proud to have Cleo Mikutta’s work “// \\” published in our Art and Fiction section—a true contrapuntal text that develops a complex mesh of relations and impressions in five parts.

These events and publications are a good start to the work we want to do at Counterpoint: building bridges between different disciplines, and even more so between different professions and different viewpoints. Instead of having scholars talk primarily to one another, or lecture non-academics about what they think is important, we want scholars to actually listen—to unfamiliar voices, new ideas, and down-to-earth perspectives. If we really want to make a difference on this planet, we’ll need the concerted effort of people from various professions, locations, and experiences.

In our second year, we will strive to make our events and publications even more diverse. We want to include more blog posts and other contributions from artists, writers, activists, and other people outside of the academic system, as well as more voices from outside of the North American and European bubble. You can help us achieve this goal! If you know people who’d be interested in getting involved, or if you’d like to contribute yourself, please get in touch!

Plans are in the works for three events this coming year as well, including a special event in New Zealand with Indigenous activists and scholars on “non-human personhood.” In addition to all of this, we will soon begin posting Counterpoint Podcasts, gathering the ideas of scholars, activists, and artists on the themes that Counterpoint stands for. Stay tuned and check out the website and the newsletter for more details about these activities.

Over the past 12 months, issues of climate change, globalization, nationalisms, and cultural conflicts—topics we address in our Counterpoint Manifesto—have only attracted more attention and become increasingly urgent. We feel that an initiative like Counterpoint is more necessary today than ever, and we will strive to serve the planetary community with our continued awareness and reflection.

If you like the work we do, please consider contributing in one way or another. You could write a blog post as a guest author, publish your artwork, write a political or cultural report, involve us as a partner in a funding application, or organize a Counterpoint event at your place. We’d love to hear your ideas!

Kocku von Stuckrad is Co-Founder and Co-Director of Counterpoint: Navigating Knowledge. As a Professor of Religious Studies at the University of Groningen (Netherlands), he works on the cultural history of religion, science, and philosophy in Europe. His new (German) book is The Soul in the Twentieth Century: A Cultural History.

Whitney A. Bauman is Co-Founder and Co-Director of Counterpoint: Navigating Knowledge, as well as Associate Professor of Religious Studies. He is the author of several books and articles, including: Religion and Ecology: Developing A Planetary Ethic (Columbia University Press, 2014), and with Kevin O’Brien, Environmental Ethics and Uncertainty: Wrestling with Wicked Problems (Routledge 2019).

This Counterpoint blog post may be reprinted with the following acknowledgement: “This article was published by Counterpoint Navigating Knowledge on 11 September 2019.”

Welcome. This is a trauma-informed group. – Counterpoint: Navigating Knowledge · October 9, 2019 at 4:02 AM

[…] is a reminder that we need to listen to each other, especially to voices beyond our usual crowds and disciplines, in order to heal the ways we inhabit […]

[…] Challenges of the Anthropocene.” After Counterpoint’s successful first year, we were happy to announce new initiatives and activities that we had planned for 2019 and 2020. And while we were able to […]