Major Themes and Insights for the Work of the New Center

On 25 August 2018, Counterpoint: Navigating Knowledge was officially launched with a stimulating program of speakers and discussions in Berlin.

The general theme being “Beyond Pluralism: Contrapuntal Responses to Culture Wars, New Nationalisms, and the Challenges of the Anthropocene” (see the launch description), the event addressed two of the most pressing challenges for the planetary community today—globalization and climate change. Around 40 participants discussed the impact of globalization on the resurgence of local and national identities that often go together with a clear distinction between “us” and “them” and the universalization of the values and worldviews of one’s own group (defined by race, gender, class, worldview) or nation.

A roundtable discussion further reflected on Professor Butler’s arguments, as well as on the programmatic theses underlying the Counterpoint initiative (as laid out in the Counterpoint Manifesto, written by Whitney A. Bauman and Kocku von Stuckrad). The roundtable discussion was chaired by Claudia Bruns, Professor of Historical Anthropology and Gender Studies at Humboldt University, Berlin. Representatives of different groups and professions shared their insights and positions in a multi-layered conversation: Rachel Alliston, Director of Decad, Berlin, spoke about the contribution of art to critical social discourse and the way art projects convey knowledge that transgresses the limits of academic ways of knowing. Jens Tuider, Chief of Staff and Executive Assistant at ProVeg International, asserted the responsibility of academics for engaging in pressing environmental and social issues; founding a “think tank” is a start, but the Center should see itself as a “do tank” as well, which breaks down the barriers between academic theorizing and concrete political action in a situation of urgent crisis. Michael Scaturro, a freelance contributor to the Guardian and the New York Times, made important comments on the reciprocity of public opinion and media coverage.

As a result of the presentations and discussions with all participants, three core themes emerged that can serve as a guideline for Counterpoint activities.

At the end of the launch event, Whitney A. Bauman and Kocku von Stuckrad, on behalf of the whole Counterpoint team, thanked all participants for their input and valuable insights, and invited everyone to get involved in the Counterpoint activities, be it through contributions to publications, organization of events, or growing the network and support of the new Center.

Counterpoint One Year On: Reflections and Experiences – Counterpoint: Navigating Knowledge · September 11, 2019 at 4:31 AM

[…] started off with a launch event in Berlin last August, “Beyond Pluralism,” where we had an excellent panel discussion about culture wars, the challenges of the new […]

The Iris Book Award: Prize Ceremony, Reading, and Discussion On 26 September 2020, The Center for Religion & the Human at Indiana University Bloomington presented the Iris Book Award to The Songs of Trees: Stories Read more…

Report: Bio-cultural Diversity & Hegemonic Power: The Role of the Humanities in Navigating Knowledge 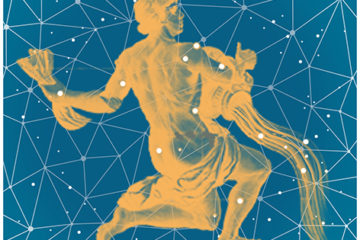 Looking Back: A Report on the Paradoxical Plausibilities Symposium – Astrological Interpretation from Different Perspectives (13–14 April, Berlin) By Sophia Löwe The question of astrological plausibility seems to spur endless discussions. Most professional astrologers and Read more…