What It Means to Deny Climate Change 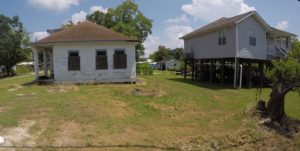 On 26 August 2018, sixty academics, environmentalists, and politicians released an open letter asserting that they will no longer debate with those who deny anthropogenic climate charge, refusing to enable any false equivalence between the two positions. As happens with nearly every well publicized statement or study about climate change, there was a reaction denying its import. A writer at the right-wing website Breitbart News called the letter a “fatwa” and then ridiculed the signees as irrelevant and unfamous. The use of “fatwa” is not incidental. A common theme in denialist journalism is that climate science is a “religion,” blindly accepted on faith by “sheeple” who are afraid to speak out against orthodoxy.

This summer, I travelled to eight U.S. states to find out how denialism plays out in practice. I spoke to a range of people, from those who spoke at length about the atmospheric effects of volcanoes and solar flares to those who merely shrugged and said, “it’s hot and it’s always been hot.” I interviewed H. Sterling Burnett, a Ph.D. in environmental ethics and writer for the Heartland Institute, a climate-denying think tank funded in part by the fossil fuel industries. Among other activities, it pours disinformation about climate science down through political, media, and pedagogical channels. Burnett described what he sees as an extensive fraud by climate scientists and politicians to impose authoritarian socialism on the world by manufacturing a climate-crisis. He said such people wanted the “third world” to remain poor rather than share the bounties of fossil fuel-based development. It was a bleak and paranoid worldview that inverted the stance of environmentalists as advocates for the world’s poorest, who will be affected by climate change sooner and more severely.

Studies on political attitudes indicate that in America, acceptance of anthropogenic global warming falls along party political lines, with Republicans more likely to deny it. In Arizona, I attended a picnic organized by the Mojave County Republican Party. No one I spoke to thought that climate change was real; many dismissed it as Democratic scaremongering. One older man, a former pilot who understood atmospheric science, maintained that the only significant contribution of CO2 into the atmosphere is from volcanoes.

But among those I spoke to, repeating climate-denying research was rare, and people were not indifferent to environmental problems. In Louisiana, residents were eager to preserve the wetlands but didn’t connect this concern to climate change. One resident said he understood erosion because he could see land loss but as water levels in his neighbor’s dock looked the same, he didn’t believe that sea levels were rising from climate change.

Louisiana is one of the areas most vulnerable to climate change. Its economy is also dominated by oil and gas industries, where many of those I spoke with worked. Though most said the industries should clean up after themselves by, say, rebuilding barrier islands, they support fossil fuel extraction. As one older man put it, he had done well this far in life, how can he be wrong?

Religion too plays a role, with some Christians holding that the Bible grants humanity dominion over the Earth and its resources. (Lynn White Jr. takes this further to suggest that such religious beliefs are the roots of the present ecological crisis.) A number of respondents mentioned these religious beliefs in their explanation of why the Earth’s resources could be used as they saw fit. More basically, they rejected climate science on the view that only God controls what happens to Earth. One woman in her forties explained, if global warming is happening it is because it is part of the End Times Tribulation, part of the destruction of the current world before the Second Coming.

My fieldwork this summer made me think more deeply about the various sorts of denial afoot. There’s the organized, concerted, well-funded denial of think tanks like the Heartland Institute and media outlets like Breitbart News. There’s partisan denial of refusing to accept climate science because the Democrats support it or because the solutions smell like socialism. Then there’s the denial based on a crude empiricism: you can’t see climate change, so you don’t think it’s happening. There’s also anti-intellectualism, a refusal to accept scientific evidence, and faith-based denial, the rejection of what falls outside of a certain theological framework or incorporating it into that framework yet denying the science.

Then there’s what you might call the everyday denial that I’m also a part of. Though I accept climate science, I still flew from Europe to America, and then from state to state, and drove a car to yet more states, emitting more carbon all the way. This too is a form of denial not in word but in deed. As environmentalist writer Dougald Hine notes, the people most in denial over climate change are those who trust most in facts and rationality. Denial is a comforting nepenthe, a cozy place where the world isn’t ending.

By the end of my research, I was asking: does climate denial really matter? Are we hung up on a Protestant insistence on “right belief” when what is required is concerted action? But perhaps, without this “right belief,” such action won’t happen. The technical fix has been known for decades. But the political will is lacking even in countries that claim to be leaders on climate action. Without accepting why sacrifices are necessary, people are far less likely to support making them, and political leaders will balk at making hard choices unless they have the support of the people who keep them in office.

Susannah Crockford is a post-doctoral researcher at Ghent University in Belgium. As part of the European Research Council funded NARMESH project, she is currently investigating the role of narrative in conceptualizations of the interconnection of humans, non-humans, and climate. She earned her PhD in anthropology in July 2017 from the London School of Economics, and previously completed an MA in religious studies at the University of Amsterdam and an undergraduate degree in anthropology at the University of Cambridge.

This Counterpoint blog may be reprinted with the following acknowledgement: “This article was published by Counterpoint Navigating Knowledge on 19 September 2018.”