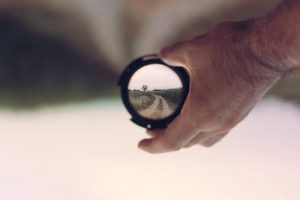 In a recent blog, I wrote about the idea of a “critical Romanticism.” I have now come to think about this as a Critical Planetary Romanticism (CPR) for the earth. Again, it must be critical in order to address the fact that everyone’s embodiment within a given world experiences that world differently. Thus, we need critical theories to keep us focused on the ways in which worlds treat some bodies better than others, and in some cases completely ignore or abject certain bodies. Such theories must be planetary in scope in order to prevent such Romanticism from becoming too closely associated with one’s own experience, culture, language, bioregion, or nation. Finally, it must be Romantic so that we humans acknowledge our embeddedness within the evolving planetary community.

In this blog post, I’d like to think about what “religion” might mean from within this CPR for the earth. What constructive role might/can religion play within and on behalf of the planetary community? If we take religion in both of its etymological senses—broadly (relegere) as reconsidering, re-reading or re-thinking, and more narrowly (religare) as binding back or re-assembling—then we might very well think of religion as critical (re)attunement to the worlds in which we live: reconsidering new experiences and evidence in the world and re-assembling the world in new ways.

On the one hand, this is not so new. As John Cobb notes, at the beginning of many new religious movements lies a “secular moment”—a critical moment in which there is recognition of the injustice of a given world (Egyptian, Roman, Indic, etc.), and a person or group of people begin to call out that injustice and argue for a new way of living in the world. This can be understood as people (re)attuning to the world in ways that recognize the destructive nature of that world toward many earth bodies (human and non). The many different negative, apophatic, and mystical traditions within religions also help to break open that which we think we know, opening us onto an evolving reality that is quite different. Or we might think of the ways in which many religious traditions involve journeys—such as through deserts, dark nights of the soul, shamanic journeys that enable humans to take on different earth bodies and forms, dream journeys that reconnect us with ancestors, and “temporary mobility” rituals (formerly and popularly known as walkabouts) that mark transitions from youth to adulthood. All of these journeys (and more) help the follower (re)attune to the world(s) around them: human, animal, plant, and ancestral. In many ways, the idea of religion as (re)attunement is nothing new. On the other hand, the idea of (re)attuning to the worlds (in the plural following the insights of the Zapatistas, brought to my attention by Walter Mignolo’s work) in which we live as a process rather than a goal—and from a planetary perspective—is quite new.

The (re)attuning that I’m talking about is not about having a one-to-one connection with ultimate reality or a simple/easy communion with the rest of the natural world; rather, it is a (re)attuning to the worlds in which we live. At any given time, these multiple worlds—made up of and co-constructed by different peoples, cultures, animal and plant species and communities, bacteria, ecosystems, and bioregions—help make up the planetary community, but the point of talking about attuning to worlds (and not the planet) is precisely to recognize the multiple attunements that are possible. Post- and de-colonial theories, feminist theories, critical race theories, queer theories, and many other critical theories have taught us that history should be thought of in the plural, and that many different worlds and truths can exist. The drive toward Oneness and Unity can be quite colonizing. One size does not fit all, and there is no single world under which we can all be subsumed. Further, there is no single “right” way or process of re-attunement: the planetary at any given time is open and in process. As soon as we attune in new ways to the worlds in which we live, it is already time to start (re)attuning.

Sources for religion as (re)attunement from within this planetary perspective can come from reading a good piece of fiction, traditional religious texts and rituals, reading critical theory, going fishing, hiking through the mountains, recycling garbage, or a new scientific development (just to name a few). Anything that helps us to (re)attune to the evolving worlds in which we live, in ways that recognize the different effects of that world on different bodies, could be understood as religiosity or a religious moment. Anything that focuses us on (re)attuning to the bodies that we affect and are affected by on a daily basis becomes part of one’s religious practice. Those moments when one becomes aware of one’s race, class, sex, gender, sexuality, animality, evolutionary embeddedness, and even cosmic embeddedness are all moments that require us to attune to the worlds in which we live in new ways. The re-membering that Kocku von Stuckrad discusses in a recent blog post is also an important form of (re)attuning to the world around us: as the current contexts evolve and change, so do our understandings of histories that inform the present. The past, present, and future are in constant flux, so we must practice (re)attunement ad infinitum.

(Re)attunement, then, marks religion as a process rather than a thing, a verb rather than a noun. It is not something that is achieved and final, but something that is continuously done or continuously happens. The ongoing process of (re)attuning is required for any amount of justice to exist in the world, and it is not just reattuning to human voices, but to the “voices” of the rest of the natural world. From this perspective, perhaps the fires in California and Australia, bleaching reefs, salinizing ground water, droughts, rising temperatures, melting glaciers, and mass extinctions are different ways that non-human members of the earth community may be screaming at us and telling us to tune in. These are planetary citizens and systems telling us we must (re)attune to our creaturely, embodied contexts in ways that respect other earth-bodies and the other worlds that make up our planetary community. Committing to CPR for the planet, religiously, means committing to tuning in, again and again, to the voices that are suffering from current constructions of the world, with an eye toward co-creating worlds that bring about more justice and more flourishing for the planetary community.

Whitney A. Bauman is Associate Professor of Religious Studies at Florida International University in Miami, USA. His research and teaching interests focus on “religion and science,” and “religion and ecology / nature.” His most recent books include: Religion and Ecology: Developing A Planetary Ethic (Columbia University Press, 2014), and with Kevin O’Brien, Environmental Ethics and Uncertainty: Wrestling with Wicked Problems (Routledge 2019). He is currently working on a manuscript that deals with the ideas of Rachel Carson and Marjory Stoneman Douglas.  In 2018, along with Kocku von Stuckrad, he co-founded Counterpoint: Navigating Knowledges in Berlin, a non-profit organization that seeks to bring academic voices around issues of globalization and climate change into dialogue with a wider public audience.

Counterpoint blogs may be reprinted with the following acknowledgement: “This article was published by Counterpoint Navigating Knowledge on 25 February 2020.”

[…] viability of a critical reengagement with the Romantic tradition here (as evoked by the movie), via Whitney Bauman’s calls on Counterpoints and elsewhere for a kind of urgent earth C.P.R. (“Critical Planetary […]