Fire, Fury, and Heartache: Is Hope Possible After This Devastation? 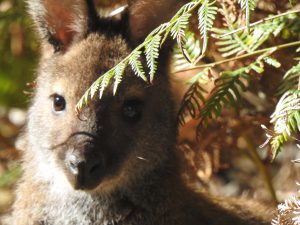 I am Australian. Living on the south–eastern seaboard of New South Wales I simply could not have any other topic for this blog than the recent catastrophic fires. Indeed, I apologize in advance: I am not sure this text can be anything else but an act of mourning. Though many fires are now “contained,” many continue to burn. Indeed, today as I complete this blog, parts of New South Wales return to extreme fire danger with fears that some of the 79 fires remaining will again flare out of control.

Is hope possible after the devastation wrought? This question is not an enquiry or doubt about the extraordinary resilience of the people, communities, and non-human ecologies devastated by these fires. It is not asking if hope is a possible emotive response. It is rather an enquiry into whether hope is an appropriate, ethical, legitimate response. Is it one that should be chosen? Not: do I dare to hope; but is it right to do so. And if not, how does one live post-hope?

My own capacity for hope is at best tempered, made raw. It appears ill-placed and unrealistic. In short, it has become yet one more source of pain, and its evocation right now seems disrespectful to all that has been lost and all that continue to suffer. So rather than hope and push on as usual, my personal post-hope practice is to actively sit. This does not mean “do nothing.” Action continues, but there is no forward frame into which such action is slotted beyond immediate requirement. It is a place of uncomfortable suspension that I dare not avoid. For it is here that I can best hear the palpable collective mourning of human and other-than-human agencies. That pain must be heard. It cannot be jumped over. It is also in such a state that I can allow multiple knowledge worlds to exist concurrently and to sit and work in their difficult intersections to find, to craft, a way forward.

During the peak of the ferocious burn, global media furnished the world’s news platforms with images of the courage, horror, fear, and disbelief with which the fires were met and the immense loss, the ingrained grief that remains in their wake. Still now, a trickle of photographs, especially those of the cindered animal corpses and of those that remain alive but injured, bleed out into the press. As savvy cartoonist First Dog on the Moon encapsulated: “The size and breadth of the pain and terror, the wild span of destruction cannot be held in a single human heart.”

There are many aspects of this tragedy that need discussion, acknowledgment, and action. Here, in this text, I leave aside crucial issues as to why pre-emptive warning voices were ignored, about the reliance on volunteers as first line of defence, and whether this courageous tradition is sustainable with these “new normal” extreme fire seasons. Debates will continue about the efficacy of back-burning and the potentially alleviating role of traditional Indigenous knowledge in managing bush and about the on-going health effects of dangerous levels of air pollution. Even city dwellers viewed the burnt-umber sun through dangerous smoke haze, day after day. These issues are but the tip of the iceberg. I dare not let my latent, curdling fury about continuing government obfuscation on climate change speak aloud: it’s volcanic.

As my head–heart cannot command, make sense, or order so many vital and painful issues, I pick just one thread here. One near-broken thread, from the charnel grounds: wildlife. Australia already had a dismal record of mammalian extinction (the highest in the world), which the fires have exacerbated incomprehensibly. Over a billion native animals have been killed. Even birds could not escape the flames. A friend recounted that the ground was littered with dead birds as she stayed to defend her house against the “megafire.” (Her home was saved, everything else around it, decimated). Scientists have identified over 100 threatened animal and plant species that have been badly impacted, with the long-footed potoroo, and the Kangaroo Island’s glossy black-cockatoo among a number considered likely to be pushed into extinction. I cannot fathom what these losses will mean to Indigenous communities for whom they are kin. Many animals that have survived the blazes now face other threats to life, including starvation (their entire food source destroyed) or predation by introduced species, like foxes and feral cats and dogs. Strategic care work will need to be widespread and ongoing.

It is not, absolutely not, that people do not care. They do care, and vastly. Emergency response organizations, volunteers—from on-ground rescuers, in-home carers to those who donate money or sew koala pouches etc.—have all sprung vigorously into action. Post-trauma care is everywhere evident. But even among this outstanding response, hope flickers low. As reported by a group of eminent conservation scientists, they and their colleagues are grieving not only for the loss of wildlife but for the loss of “a lifetime of diligent work.” Indeed, they ask the heretical: whether there is now any point to undertaking conservation work at all? In a rallying cry to their profession, they reply a collective “yes” and call for renewed hope and ambition. Action is, they write, an excellent antidote to despair. This is the well-honed resilience of people who were always already fighting for their conservation corner with limited resources. The indefatigable hope that supports their professional and volunteer practice should at the very least now be rewarded with adequate resources and supportive cultures.

It’ll be a long time until I can stop weeping and even longer for many, many others.

Bio: Jay Johnston is Associate Professor in the Department of Studies in Religion, University of Sydney. An interdisciplinary scholar her academic work is at the interface of philosophy/religion/arts. Among her current projects is an examination of New Nature writing as an ethico-spiritual practice; the longer-term effects of wildlife tourism on wellbeing, creativity and worldview; and the legacy of antiquarian thought on concepts of place, identity and nature in Cornwall and the Scottish Highlands. She has also been obsessed for many years with “alternative” perception and its rendering in academic discourse.

Counterpoint blogs may be reprinted with the following acknowledgement: “This article was published by Counterpoint Navigating Knowledge on 29 January 2020.”