‘Nature’ and ‘Culture’: How We Perceive the World and Why This Should Change 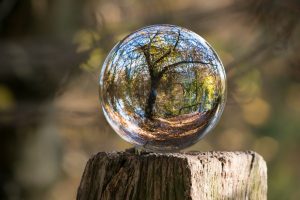 I just finished reading Helen Macdonald’s excellent new book, Vesper Flights. This collection of short stories about how we experience, approach, and interact with the worlds of other animals and plants masterfully reveals our biases and deeply ingrained habits of perception. These habits even influence our ideas about which animals we should feed in winter. “To purposely feed the wrong animals—sparrows, pigeon, rats, raccoons, foxes—is an act of social transgression that’s liable to get you reported to officials by whistleblowers who are concerned with mess, or health, or noise, or are powered by sheer indignation” (p. 198). This, Macdonald explains, is because “gardens and backyards are special trading zones that span the imaginary boundaries between nature and culture, domestic and public space” (p. 197).

When I read this remark, I was—again—struck by the enormous influence of the distinction between ‘nature’ and ‘culture.’ That binary construction, dichotomy even, dominates our perception of the world. It is so deeply ingrained in our lives that it often goes unnoticed. Originating in ancient Mediterranean understandings, the association of ‘nature’ with being passive, receptive, irrational, sensual, and emotional, while ‘culture’ would represent active, dominant, civilizing, and rational characteristics, has been molded into a master key of European understanding for many centuries. It is one of the reasons why Europeans have assumed that ‘nature’ is in need of being civilized, refined, and controlled (or, alternatively, they have idealized nature as the sublime ‘Other’ of human civilization). Global entanglements have spread this thinking like a pandemic around the world. It provides a blueprint for interpretation and action, the carbon copies of which can be found in various areas of human communication. People in ‘cultural studies’ (a discipline that carries the binary construction in its very name), in collaboration with scholars from other disciplinary fields, have worked hard to analyze and critique the nature–culture dichotomy. Powerful manifestations of the dichotomy are the interconnected areas of gender and colonialism. Let’s have a quick look.

The stereotypical association of the female with nature is one of the strongest features of this binary worldview. It links the female gender to passivity, irrationality, sensuality, emotionality, immanence, and matter, which implies that the female is in need of being dominated and ‘civilized’ by male activity, rationality, transcendence, and independent action (yes, this is also the origin of mansplaining). In her now classic 1984 book The Man of Reason: ‘Male’ and ‘Female’ in Western Philosophy, Genevieve Lloyd gauges the deep philosophical structures that dismiss the feminine and hinder—until today—a conceptualization of the world that would make use of a less gendered language. Many thinkers have since explored the precarious implications of this dichotomy and suggested alternative models of interpretation. This is a difficult task, though, as Raia Prokhovnik and others have noted, because the nature–culture dichotomy steers even those approaches that try to overcome it. When gender studies uses the term ‘sex’ for the biological gender, while ‘gender’ stands for the socially constructed gender (an understanding that is also manifest in the popular distinction between ‘nature and nurture’), it tacitly perpetuates the dichotomy between nature as being physical, material, and ‘given,’ over against culture as the rational and active engagement with it. Hence, the most recent phase of gender studies troubles this distinction and favors notions of a spectral, non-binary, and non-normative negotiation of gender identities. Queer studies, then, takes this as a springboard to problematize all forms of binary construction, not only with regard to gender stereotypes.

How is this linked to colonialism then?

From the beginning of colonial expansion, Europeans depicted the colonized peoples as ‘savages’ or ‘primitives’ that lived close to nature; if they were accepted as members of the human species at all, colonial perception saw them as in need of ‘being civilized.’ The settlers’ movement in the USA is a prominent example of this encounter, also because the metaphors of conquering, dominating, and cultivating were clearly applied to both the continent’s Indigenous peoples and its nature, or ‘wilderness.’ Sometimes this dynamic takes visible form, such as at Mount Rushmore, where a natural monument, sacred to the Indigenous peoples who had lived there for thousands of years, was turned into a piece of ‘culture’; it symbolizes ‘democratic’ dominance over ‘wild nature.’ The fact that the four presidents who were carved in stone at Mount Rushmore are all white and male is by no means accidental. The association of nature with the female gender merged with the ‘feminization’ of the colonized Indigenous peoples. This is a traditional motif in European depictions of colonies, for instance in Jan van der Straet’s Allegory of America (1587–89).

There have been attempts to conceptually overcome the nature–culture binary. In her Companion Species Manifesto, for instance, Donna Haraway uses the term “natureculture” to express the inseparable and messy entanglement of humans and everything else. The concept was picked up in cultural anthropology and primatology, among other fields. This is a good start, I think, although “natureculture” still consists of the two binary concepts, which means that the binary is tacitly buttressed. Just as in the case of sex and gender, we may need to come up with something that really gets us out of the binary prison of mind.

If we seriously queer the nature–culture divide, we will realize that our world consists of an endless entanglement of things that can be put into either of the two categories, depending on the context and the questions we ask. It means that we should engage in “acts of social transgression,” as Helen Macdonald points out. Starting in the trading zones of our gardens and backyards, we may realize that the foxes in our cities are companion species outside of the nature–culture divide (such as in my own backyard, the city of Berlin, which has become a new home for thousands of foxes). Feeding and caring for the ‘wrong animals’ will perhaps remind us of the bigger issue that needs to be addressed. In an act of contrapuntal resistance we may stubbornly refuse to apply the interpretational tools of ‘nature’ and ‘culture’ in the destructive ways European thinking has taught us to.

Kocku von Stuckrad is one of the co-founders and co-directors of Counterpoint: Navigating Knowledge. As a Professor of Religious Studies at the University of Groningen (Netherlands), he works on the cultural history of religion, science, and philosophy in Europe. A revised English version of his recent German book will be published as A Cultural History of the Soul: Europe and North America from 1870 to the Present by Columbia University Press in spring 2021. He lives in Berlin.

Counterpoint blogs may be reprinted with the following acknowledgement: “This article was published by Counterpoint Navigating Knowledge on 26 January 2021.”

[…] Kocku von Stuckrad wrote recently on this blog: “If we seriously queer the nature–culture divide, we will realize that our world consists of […]

Marvelous Companions, Past and Present - Counterpoint: Navigating Knowledge · August 19, 2021 at 10:21 AM

Berl-Berl and the Normality of Animism - Counterpoint: Navigating Knowledge · November 2, 2021 at 3:20 PM

[…] along with its deep layers of life that reach back ten thousand years, Berl-Berl also reveals how problematic our habitual distinction between nature and culture […]