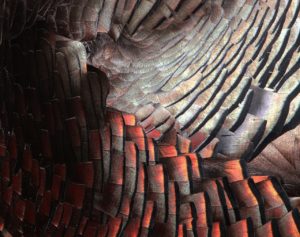 Binaries are bogus constructions. We live in a world of continuum, of three-dimensional spiral. Linear progress is a myth we’ve told ourselves almost to death.

It’s hardly original to suggest that contemporary approaches to the complexities of globalization–multiculturalism, populism, cosmopolitan localism, authoritarian developmentalism, and sustainable development models–have at best led to an impasse and at worst, inflicted damage precisely where they sought to offer solutions.

Many of our current models, while they seek to break out of the neoliberal straightjacket, nevertheless continue to make more or less conscious use of tools and concepts informed by separation and competition–the basic assumptions of a zero-sum game, limited resources, power as something you exercise over someone or something, and the prioritization of certain needs that require some, often disadvantaged groups, to wait while others receive help and support.

How could we construct a framework where different systems of knowledge and practice support each other for the good of the entire planetary community?

The concept of counterpoint suggests one potential way forward. The term has a long musical history. Merriam-Webster gives several related definitions: “one or more independent melodies added above or below a given melody”; “the combination of two or more independent melodies into a single harmonic texture in which each retains its linear character”; “a complementing or contrasting item”; and the “use of contrast or interplay of elements in a work of art.” There are quite a few productive implications here: coming together in a single texture while retaining independence and distinction; singing together without harmonizing, without resolving into a whole that would ultimately be less than the sum of its parts; the idea that complement and contrast are not mutually exclusive; and the notion that contrast and interplay are constituent aspects of the creative act.

One of the best and most prolific theorists of contrapuntality is Edward Said. In Culture and Imperialism, he conceptualizes counterpoint beyond music, as a set of “intertwined and overlapping histories” (19), as a polyphonic interaction in which “there is concert and order, an organized interplay that derives from the themes, not from a rigorous melodic or formal principle outside the work” (59-60), modeled “on an atonal ensemble” (386). Said also tells us we must “take seriously our intellectual and interpretative vocation to make connections” (113).

Counterpoint is about bending lines into circles, so we can step through them. And also, as Said observed, “survival is about the connections between things” (408). It’s a way to think about progress as non-linear, plurivocal, plurisensual, and something more than teleological.

It’s also about rejecting either/or ways of thinking, striving for a diverse yet concretely, culturally, and politically effective “and also.” “The difficulty with theories of essentialism and exclusiveness, or with barriers and sides, is that they give rise to polarizations that absolve and forgive ignorance and demagogy more than they enable knowledge” (35). Said’s words, published 25 years ago, still resonate strongly. Current neoliberal efforts to secure and retain power, to achieve univocality at the expense of diversity, efficiency at the expense of equity, have brought us into crisis.

The idea of counterpoint as a means of interaction around global issues calls for a polyphonic platform, not a simple formula. What might it mean if politicians, nations, and international bodies agreed on common, enforceable goals but encouraged signatories to achieve them according to different timelines, with different means, based on their diverse needs and resources? What might it mean for the U.S. (and all those it influences globally) if it relied on a contrapuntal instead of a winner-takes-all political system, a parliamentary system where coalition was encouraged and where diversity was viewed as productive rather than as a cause for alarm? What if funding for academic research and the arts rewarded the process of collaboration, challenging the typical requirements for deliverables?

In each of these fields, there are already people, projects, programs, grants, and international organizations pushing in these directions. One example is the project Said co-founded with Daniel Barenboim nearly twenty years ago – the West-Eastern Divan Orchestra – which continues to bring young Palestinian, Arab, and Israeli musicians together to make music and, more importantly, to listen. Barenboim talks about how great music as well as both personal and international relations are the result of “concentrated listening.” The Barenboim-Said Akademie in Berlin has grown out of this collaboration, offering a Bachelor’s degree in music, including an intensive course in humanities and musicology, for talented young musicians primarily from the Middle East and North Africa, with free tuition and housing – a testament to what contrapuntal collaboration can achieve.

Another example of counterpoint at work is the Center for Native Peoples and the Environment at SUNY’s College of Environmental Science and Forestry. The Center focuses on outreach and partnerships with Native communities to encourage diversity in the scientific community, arguing that such diversity is essential to developing innovative, responsive sustainability solutions. Last year, CNPE received a grant to support a new graduate program “designed to link Traditional Ecological Knowledge and Scientific Ecological Knowledge in research and education” around the unifying theme of “biocultural restoration.” As CNPE director Robin Wall Kimmerer has written:

We Americans are reluctant to learn a foreign language of our own species, let alone another species. But imagine the possibilities. Imagine the access we would have to different perspectives, the things we might see through other eyes, the wisdom that surrounds us. We don’t have to figure out everything by ourselves: there are intelligences other than our own, teachers all around us. (58)

Here again, the “and also” offers multiple paths forward. A concentrated contrapuntal approach seeks to search out, support, and create more such opportunities.

Counterpoint blog posts may be reprinted with the following acknowledgement: “This article was published by Counterpoint: Navigating Knowledge (https://www.counterpointknowledge.org/counterpoint-conducting-edward-saids-and-also/) on 23 August 2018.”

[…] radical change that will be necessary for a healthy future of the planet. New ideas should be “contrapuntal,” that is, they form a response to hegemony that productively transforms outdated structures into […]