Currents of Knowledge, Waves of Grief in Ocean Science 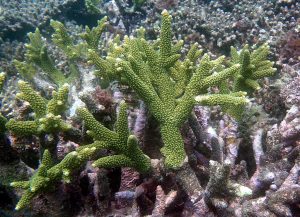 It seems de rigueur in the current moment for certain political leaders to dismiss inconvenient occurrences as a “hoax,” including the new coronavirus, AIDS, and of course climate change. The ongoing climate crisis and the countervailing inertia of political systems brings into view the consequences of how facts, truth, and objectivity are socially constructed. That an imminent and increasing threat to human flourishing has been met not with concerted, coordinated action to decrease carbon emissions but with delay, doubt, and disinformation suggests the relevance of understanding how science is made and received. In a moment when it can seem like something called Science is under siege from something called Politics, a critical examination of what these domains mean becomes even more urgent. Social science, under the catch-all term postmodernism, has been implicated in undermining the consensus on which liberal democracy is reliant. However, understanding facts as social collectivities does not relativize all knowledge.

Analyzing the social implications and emplacements of scientific knowledge shows how its production is never a neutral process of sifting through falsehoods to discover a pre-existing truth. Social scientists neither unquestioningly defer to natural scientists nor dismiss their legitimacy. Instead they inquire why there are some who would be unconvinced by scientific knowledge, and follow these threads to identify ruptures in its reception. Such an endeavor has added weight when the rejection of scientific knowledge, in particular about the anthropogenic causes of changes to earth systems, results in apathy, venality, and mendacity in the face of mass extinction.

The disciplines collectively known as science and technology studies have much to add to the contemporary moment in which scientific truth and planetary health hang in the balance. Examining the responses of scientists themselves to this moment reveals the affective dimension of analytical work. Scientific knowledge is based not only on collecting and analyzing data, but also the intimacy scientists develop through long and close association with the subjects of their studies. Ecological grief is the term coined for the emotional reactions people experience as they witness the destruction and loss of ecosystems occurring around them. Climate scientists are acutely susceptible to this affective experience, coupled with frustration at their ostensible inability to change what they see happening and anger at those they perceive as ignoring their warnings. What point is there in cultivating years of expertise through dissemination of accurate information, if little attention is paid to the implication of your results?

The ocean is a space of scientific knowledge production, resource extraction, and territorial disputes. It has also absorbed 25 percent of carbon dioxide emissions, altering ocean chemistry, revealing the damages of climate change acutely through bleaching coral reefs and melting ice caps. During my fieldwork undertaken as part of a study of social responses to climate change, I interviewed ocean scientists working at institutions in the UK and Belgium. My respondents described a deep, affectively-bound intersubjective relationship with the ocean. One paleoceanographer described the ocean as “really powerful” and a “vast expanse” which she experienced subjectively not only as an object of analysis. A marine governance researcher likened it to wilderness that he had a romantic relationship with. It would be hard not to have a negative emotional reaction to witnessing the destruction of something for which one cares so powerfully and has spent so long studying.

A polar oceanographer whom I heard speak at an Arctic research conference in Brussels described the ocean as providing “the memory in the climate system.” That memory has been scorched by the impacts of human activity, changing at a rate that the marine governance researcher called “geologically unprecedented.” He emphasized that the consequences were not detrimental to the ocean’s wellbeing but to humans. The long-time scales of oceanic life meant that “as far as the oceans are concerned…in 2 million years…the ocean will go back to normal again.” He took the “anthropocentric view” that this would be “very bad for humanity, and it’s avoidable.”

The knowledge produced by ocean scientists about the Earth’s marine systems tells us that an alteration in oceanic composition would mean the disruption of humanity’s resource base. Their grief at these changes is compounded by the unnecessariness of it. The knowledge produced by scientists has also given a number of solutions: cut carbon emissions, deploy geoengineering in the meantime. Yet they found baffling the resistance to these solutions in social systems. They had done their job, they provided accurate information of what was occurring in the ocean systems, they had charted a technical solution for how to restore equilibrium. Why, then, was society not acting on it? Yet they left unexamined their underlying assumption that producing accurate knowledge would result in a correct response. They drew a straight line from the production of scientific fact to corresponding political action but this line was always blurred and broken by human emotion. Enlightenment rationality is a myth on which a utopian “modernity” was constructed, a process in which science played a central role. The grief scientists feel is perhaps as much for the loss of their self-image as for the loss of the ecosystems they study.

Susannah Crockford is a post-doctoral researcher at Ghent University in Belgium. As part of the European Research Council funded NARMESH project, she is currently working on an ethnography of climate change discourse. She earned her PhD in anthropology in July 2017 from the London School of Economics and Political Science, and previously completed an MA in religious studies at the University of Amsterdam and an undergraduate degree in anthropology at the University of Cambridge.

Counterpoint blogs may be reprinted with the following acknowledgement: “This article was published by Counterpoint Navigating Knowledge on 3 March 2020.”