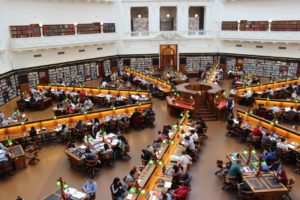 Are scholars the guardians of the Grail of Truth? Is there a truth that scholars have to insist on over against the “invention of facts” by some politicians and stakeholders in the public sphere? And when scholars become publicly engaged, do they lose their scientific objectivity and neutrality? These are tough questions to answer in an age of environmental planetary crisis, and they cut deep into the structures of “academia.”

In “Solidarity or Objectivity” (1990), one of his best and most influential essays, Richard Rorty criticized the idea that our systems of knowledge are “true” representations of the world around us, arguing instead for a pragmatist position that sees knowledge as the result of social communication. He is more interested in “the value of cooperative human inquiry” (p. 24) than in some “objective truth” when it comes to discovering how things work in the world—knowledge which he holds is always developed as shared knowledge in a certain group of people.

The “objective” position is often contrasted to a “relativist” one, which maintains that there’s no absolute truth and that individuals and groups can adhere to different truths. Realists, favoring the idea of objectivity, hold on to the idea that our knowledge of the world can be objective, neutral, and thus independent of the position and perspective of individual human beings. Realists find it hard to swallow the idea that the establishment of shared knowledge is based not on “objective truth,” but on structures of justification (justifying to your peers why you make certain claims). For realists and others favoring the “objectivity” position, “relativism” is something to fear, and they take Rorty to be a relativist.

Today, almost 30 years after Rorty’s essay, not much has changed when it comes to the persistent fear of relativism and the confusion of this perspective with an idea of “anything goes” or “one claim is as good as another.” But today, with public agitation about “invented facts” and “fake news,” the dispute is even more bitter. On the Yggdrasill German-speaking listserv for scholars of religion, I recently called the objectivity and neutrality claim “an academic chimera,” which led to the usual shitstorm among colleagues and to the claim that even if we won’t ever reach the full truth, we have to stick to objectivity as a lodestar of scholarly work.

With Rorty, my response to such a claim is “no.” This is not only because our understanding of objectivity changes in different historical periods. Objectivity has a much more recent history than most people assume; dating back to the second half of the nineteenth century, “it never had, and still does not have, the epistemological field to itself” (Daston and Galison 2007, 29), which means that even in contemporary science, other categories of justification are competing with the idea of the neutral, “objective” observer.

More importantly, the claim of objectivity neglects the messy social field in which scholarship is located. Taking seriously the ways people come to agreement about what they think is true within their own group (from groups dealing with automotive repair to Renaissance music to quantum physics), Rorty came up with the term “solidarity” to describe the need to find agreement among peers. He favors solidarity over an unattainable objectivity, and his pragmatist position even accepts the fact—whether we like it or not—that certain groups maintain knowledge claims that other groups would find completely unacceptable. We see this happen all the time.

In the social sciences, a related argument comes from Bruno Latour’s Actor-Network Theory and his observation that (as Ava Kofman puts it in an excellent discussion of Latour’s work) “[d]ay-to-day research—what he termed science in the making—appeared not so much as a stepwise progression toward rational truth as a disorderly mass of stray observations, inconclusive results and fledgling explanations.” In Rorty’s words, this is more about “solidarity” (finding agreement according to sometimes messy rules of justification within the group of experts) than about “objectivity.”

Coming from a similar point of departure but taking it in a different direction, I’d like to argue for accountability as the bottom line of academic work. I understand accountability to be exactly as the Merriam-Webster dictionary has it—“an obligation or willingness to accept responsibility or to account for one’s actions.” For academia, this simply means that we need to openly explain why we make certain choices or come to certain conclusions. Letting go of the idea of objectivity doesn’t mean embracing arbitrariness. Accountability takes “academia” seriously as a cultural location and a podium for open debate where people—with clear arguments and documents accessible to all scholars—justify their claims and decisions. This is not as self-evident as one may think, and the implications of such an approach can be quite radical. Let me give you two examples.

Introducing accountability complicates the overly simplistic distinction in much research between “objective observer” and “subjective participant” (sometimes called the “insider/outsider” problem) as well as the related distinction between “critic” and “caretaker.” Scholars are complex people who have opinions, civil roles and social positions that constantly interfere with their scholarly perspectives. Still, when scholars raise their voices not (only) as academics but as concerned citizens, this is critiqued as “engaged scholarship” that compromises academic neutrality (see Richard Folz as a recent example). From an accountability point of view, however, the possible problem with “engaged scholarship” is not the lack of neutrality or objectivity but the need to account for the decision to leave our “outsider” position and raise our concerns in political realms.

From this perspective, we can even turn the tables and ask scholars who refrain from public engagement to explain why they remain silent in a time of global ecological crises and don’t provide their insights to help find solutions for a better future. With Bruno Latour’s and Frédérique Aït-Touati’s Inside project (which was staged in New York last week), we can argue that there is no “outsider” perspective that would enable the human being to watch “nature” from a distance. Accountability changes the parameters of scholarship.

Accountability also problematizes the power structures that operate within academia. Take the peer-review system, where articles submitted to an academic journal or grant proposals submitted to a funding organization are reviewed by scholars in the same area of study as the author—hence, “peer”—in order to assess the quality of the submitted research. Reviewers can hide behind walls of anonymity. Too often, they don’t feel the need to substantively engage with what they review and to give serious arguments to support their assessments. Or they tear apart their colleagues’ arguments in ways they would never do in an open debate.

Peer review will always be a sensitive issue (and in danger of instituting an academic oligarchy, as Zairong Xiang noted in his recent blog post). But open peer review processes are much better than (single- or double-) blind processes when it comes to accountability. Everybody can see both the critique from the “peer” reviewer and the author’s subsequent response—a true example of open debate. The same applies to the grant-writing industry as well as to the committees that hire new professors and promote junior ones. We need transparency and openness regarding all documents, criteria, and committee discussions at all stages.

Sometimes, I hear colleagues say it is the “system” that is unfair and we can’t really do anything about it. I always want to remind them of Bertolt Brecht’s apt words about “the system,” written while he was in exile in Denmark: “Die dunklen Mächte, Frau, die dich da schinden // Sie haben Name, Anschrift und Gesicht” (“The dark powers, woman, that are tormenting you // They have a name, an address, and a face”; Kriegsfibel, Strophe 22).

If we want academia—and in fact all other systems of power—to really be open to new ideas and perspectives and especially to be rid of the misogynist, racist, colonial, hierarchical features of research, publishing, and hiring, we will need to end anonymity and hold people accountable for what they do.

This Counterpoint blog may be reprinted with the following acknowledgement: “This article was published by Counterpoint Navigating Knowledge on 31 October 2018.”

[…] its production is never a neutral process of sifting through falsehoods to discover a pre-existing truth. Social scientists neither unquestioningly defer to natural scientists nor dismiss their […] 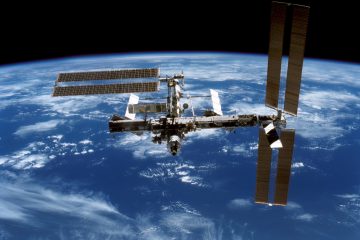 What Are the Time-Scapes of Our Thinking?

What Are the Time-Scapes of Our Thinking? By Whitney A. Bauman Timescape: 1) A perspective over a period (particularly a long period) of time. 2) A multidimensional view of time, especially one in which time Read more…

Beauty Will Save the World

Beauty Will Save the World By Heather Eaton This famous and much discussed phrase from Prince Lev Nikolyaevich Myshkin in Fyodor Dostoyevsky’s The Idiot is that beauty will save the world. Alexander Solzhenitsyn wrestled with Read more… 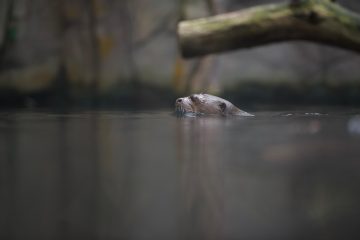 Specters of Sorrow: Eco-Grief, Ambiguous Loss, and Religious Creativity By Jacob J. Erickson To live in the wake of a global pandemic is to be haunted by complex uncertainties. In planetary diversity, we navigate our Read more…