We Need Elders, Not Heroes 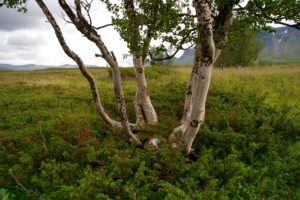 When Barry Lopez’s long-awaited book Horizon came out earlier this year, I read it immediately with increasing excitement and admiration. Twenty-three years after his now-classic Arctic Dreams, Lopez presents us with a thorough reflection on the state of the planet, perceived through the lens of a long life of artistic, scientific, and anthropological explorations around the world. The book is full of remarkable insights, but one piece of wisdom has intrigued me in particular: the question of where the answers should come from in a situation of deep planetary crisis and transformation. Lopez writes:

The popular notion that in bad times heroes show up is an enduring literary device, but it is wiser for a population in difficult straits to effect a means of courteous and respectful social exchange—conversation and ceremony—than to wait for a hero to speak. I emphasize this because I’ve so often been struck by the difference between a society that believes wisdom is part of the fabric of a community, and that it is best represented in the words and actions of particular people (elders), and a society that believes wisdom is only to be found in certain people. The difference for a community would be the difference between choosing to act heroically as a group or waiting for a hero to act. (p. 307)

Elders are important authorities, particularly in Indigenous communities. An Elder is someone who has attained a high degree of understanding of the community’s history, teachings, ceremonies, and healing practices. Elders give advice and guidance to individuals and communities, and they are invited to pass their knowledge on to others.

Resonating with this common understanding of an Elder in cultural and political contexts, Lopez highlights the Elders’ ability to listen, and to place the concerns of the group above the fate of the individual self. “Confronted with the task of discovering a path to reconciliation and cooperation in a time of unprecedented threat to human existence, elders focus on the idea that the primary organizing principle for human achievement is stability, not progress, meaning that balance, symmetry, and regularity are more to be valued than change, growth, deviation, and ambition” (p. 414).

While Euro-American models of governance, along with the focus on individual achievement, have fostered the emergence of a “follow-me” personality in culture and politics, Elders do not represent this type of leadership; their “guiding thought is no one left behind” (p. 416).

Indeed, the prominent idea of a hero or savior who leads us out of the current crisis is deeply worrying. It is one of the causes of, not the solution to, the global resurgence of nationalism and exploitative capitalism. Many responses to the planetary crises still hinge on the idea of heroism—individuals in politics, culture, and science are built up and presented as figures who show us the way into a better future. Even people who don’t seem to volunteer as heroes—such as David Attenborough or Greta Thunberg—are turned into savior figures and heroes (or mocked as anti-heroes) by the very workings of public communication.

The question then is: Where are the Elders?

Many communities around the world incorporate the wisdom of Elders. But Elders are too rarely consulted outside of their own communities. A good counter-example of cooperation is the Saami Council. As the Council’s President, Åsa Larsson Blind, said at the Eleventh Ministerial Meeting of the Arctic Council in Roavvenjárga, Finland this year: “Cooperation and co-management between Indigenous peoples and states as equal partners is indeed the best chance we have for an Arctic with high bio- and cultural diversity, a prosperous Arctic for all.” This is true on a planetary scale, and “for all” includes the more-than-human world. The Saami Council, like other Indigenous councils, represents Elders and youth striving together for social justice and recognition of Indigenous knowledge and tradition. In this effort, the Saami Council works in solidarity with Indigenous communities around the world. That’s why it supports the Kanaka Maoli and the protection of the sacred site of Mauna Kea in Hawaii, which is led by Kupuna (Elders).

If we take planetary communities of kinship seriously, we’ll also find Elders in the more-than-human world. Barry Lopez does not make this point, but others do. Take Carl Safina’s compelling book Beyond Words, in which he talks about animal Elders in communities of wolves, elephants, and killer whales. “As with elephants, each killer whale family’s elder decision-making matriarch has memorized the family’s survival manual, maintaining knowledge of the region, the routes and island passes, the rivers where salmon concentrate in their seasons, and so on” (p. 310).

Plant communities have Elders, too. In recent years, our knowledge about trees in particular has increased dramatically, and the idea of “tree consciousness” has gained wide acceptance, as the successes of Richard Powers’s The Overstory or Max Porter’s Lanny clearly attest. Academic research has also caught up, from special issues of journals to books such as David George Haskell’s The Songs of Trees, which elegantly bridges science and poetry, showing that trees are defined by networks, not selves.

“The common life has a mind,” Haskell argues. “To claim that forests ‘think’ is not an anthropomorphism. A forest’s thoughts emerge from a living network of relationships, not from a humanlike brain. These relationships are made from cells inside fir needles, bacteria clustered at root tips, insect antennae sniffing the air for plant chemicals, animals remembering their food caches, and fungi sensing their chemical milieu” (p. 40). Trees are connectors in these relationships. Not unlike human Elders, but in their own ways, trees remember the community’s history, knowledge, and healing practices; they give advice and guidance to their communities—including us, if we have the patience to listen.

These are the alternatives to heroism that we need today. In our attempt to build communities that are truly planetary, we need to change the structures of science, politics, and culture.

That the UN declared the year 2019 as the International Year of Indigenous Languages, and that the UN Permanent Forum on Indigenous Peoples has now declared a decade of Traditional Knowledge and Indigenous Languages, is a good start. But real change will only come if we take the time to listen to Elders from all of life’s communities. And while we’re gathering their advice, we have to keep the heroes at bay.

Kocku von Stuckrad is one of the co-founders and co-directors of Counterpoint: Navigating Knowledge. As a Professor of Religious Studies at the University of Groningen (Netherlands), he works on the cultural history of religion, science, and philosophy in Europe. His new (German) book is The Soul in the Twentieth Century: A Cultural History.

Counterpoint blogs may be reprinted with the following acknowledgement: “This article was published by Counterpoint Navigating Knowledge on 20 November 2019.”

Snowflakes and Boomers: Does it Have to Be a Shouting Match? – Counterpoint: Navigating Knowledge · November 27, 2019 at 8:45 AM

[…] his blog post last week, Kocku von Stuckrad argued that we need to (re)establish a tradition of elders. We don’t so much need heroes, but we need to consult our ancestors for wisdom about how to live […]

On Letting People Die: Coronavirus, Geronticide, and Other Worldly Matters – Counterpoint: Navigating Knowledge · March 31, 2020 at 8:38 AM

[…] learnt from books; it takes people living them, getting hurt, finding better ways. The removal of Elders as repositories of wisdom and relational intelligence from the equation is one of the results of […]