On Letting People Die: Coronavirus, Geronticide, and Other Worldly Matters 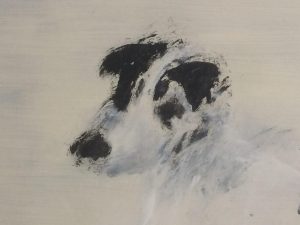 Small, realistic resolutions at the end of the year keep one happy and help get work done. Pleased with my 2019 analysis I began drafting plans for 2020. Nothing out of the ordinary: continue the current exercise regime, other bits and pieces that help consolidate good personal, professional and relational traits, a few trips, etc.

2020. The number had a good feel to it, soft and round, it was going to be a good year. Many people agreed.

It didn’t start all that well. Throughout December 2019 and for the first two weeks of 2020 we were ready to evacuate with our four rescued sheep. The van was packed with sheep essentials, the car with ours. We hadn’t breathed fresh air for weeks, squeezed sandwich-style in the middle of two large bushfires at the heart of the Blue Mountains. E pur si muove, we thought in a hope-or-perish-fashion, so this too shall pass, and maybe we can take a little holiday down the coast in February. The coastal towns, themselves devastated by fires, could do with a little financial help before the change of season. But February brought rain, a lot of rain, floods actually.

The rain was good, of course, as it put out the fires. Thank you, rain (and yeah, don’t worry about manners and moderation). So no coast in February, but March was still a possibility; if we can’t make it to the south, let’s at least do a day trip to Bondi beach and catch up with the locals, Leila and Jeff, whom we hadn’t seen in a while. But 2020 had a few more things up its sleeve, so by mid-March we were all self-isolating, Bondi beach about to close, and all the socializing moved online. That’s how we found ourselves having dinner with J and L one Saturday evening—over Skype. The conversation soon shifted to the topic currently uniting humanity. I asked L: “If the crisis escalates, Jeff and David are unlikely to be given a bed, right?” She confirmed. One of the things we have in common is the substantial age differences between us and our partners. If D and J got sick and required a bed in intensive care, and there was a shortage of beds, which is likely to happen, there’d be a long list of younger people who’d be prioritized. “It feels weird,” said D, “you work hard on staying fit and healthy, there’s so much still left in you to give to the world, and overnight you become old and disposable.”

Letting some people die in the wake of difficult circumstances is nothing new. I became more sensitive to the question of who lives and who dies when I was researching animal (human inclusive) grief. Journeying through human societies around the world, the variety is fascinating, and it includes, of course, socially sanctioned infanticide and senicide, direct or by neglect.

We take death easy, until it affects us more directly. All the nonhuman people out there whose lives and deaths don’t matter because we want to eat them, or we want their lands or we want something else from them, which makes them disposable. Many humans out there meeting a similar fate for comparable reasons. When death comes closer, it gets harder.

I will never forget how our dog Charlie died. I was putting the sheep to bed, C was in his bed with D sitting beside him. Death started knocking:

I came back, he passed away a couple of minutes later.

Even though ultimately we die alone we seem to like having a caring presence around. Why would that be so? Because we’d like one last confirmation that our life was meaningful, that we mattered? Or is it something more primordial, less contaminated with stuff that occupies our more mundane selves? Something that reaches deeper into the very core of our being, beyond words, reflecting our intrinsically and inalienably relational essence?

Many people are currently dying alone, in the “wards where one dies without a final goodbye,” as the title of a recent Italian article reads. The people infected with coronavirus, or suspected to be, are kept in isolation in wards inaccessible to the public. Some of the patients who are elderly and have other significant medical issues come labelled as “ncr” (not candidable to reanimation). It is sad, of course, but there’s a logic to this utilitarian approach that even most of the victims may themselves support.

Perhaps what we do with elderly people during the crisis (as long as we do our best to support them) is less important than what we do with them when there’s no crisis. Some things can’t be learnt from books; it takes people living them, getting hurt, finding better ways. The removal of Elders as repositories of wisdom and relational intelligence from the equation is one of the results of the current fast-paced, impatient life-style—a life-style so remote from the context we evolved in and are adapted to that it’s beginning to hurt. Bats are not to blame for the coronavirus. Humans are. Same with mad cow disease, swine flu, and many other things.

“Are humans going to realize we need to change our ways?” wonders L, a doctor on a strictly plant-based diet for health and ethical reasons, over that Skype dinner. We’ll see. Importantly, conversations have begun. If people don’t know where to go from here, perhaps they could remember what gave them pleasure and kept them afloat during this crisis: the dolphins in Venice—it doesn’t matter that the dolphins never got there, what matters is that people wanted them there; or the sense of community, of togetherness emerging despite the physical distancing, and other things that imprint a different sense of beauty and meaning compared to what the mad-consumer-disease can offer. They may decide this is the kind of world they want to live in, help re-create.

Ultimately, as D, an Elder I’d like to keep around for a while longer, writes in The Balcony:

Sometimes I think that just through existing
one creates damage and disappointment,
that one has the choice
to do as little as one can
but that even that will not change one’s allotted portion
of sadness and destruction – that it will be there
whatever one does to avoid it
and that the challenge is not to escape it,
try as of course we must,
but to think of life differently, as something
other than how we thought it was
No matter how careful one attempts to be
there is always greater care to be taken

Counterpoint blogs may be reprinted with the following acknowledgement: “This article was published by Counterpoint Navigating Knowledge on 31 March 2020.” 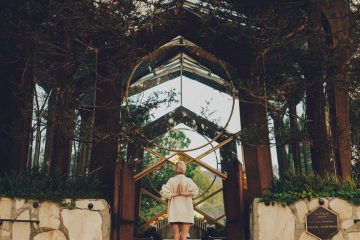