Snowflakes and Boomers: Does it Have to Be a Shouting Match? 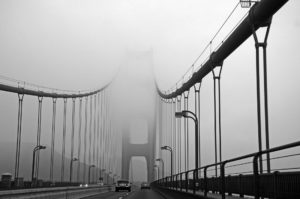 In his blog post last week, Kocku von Stuckrad argued that we need to (re)establish a tradition of elders. We don’t so much need heroes, but we need to consult our ancestors for wisdom about how to live within the planetary communities, given all of the problems climate change and globalization have caused us. On a recent episode of the radio show “A1,” a similar topic unfolded, but it was couched not in the religious/wisdom language of elders, but rather in the sociological terms of generations. The show was about the current standoff between so-called “Millennials” and so-called “Baby Boomers:” or the names given to each by the other, snowflakes and boomers. Warning: this is not going to be an extended argument that we should respect our elders or that “the children are our future.” In fact, “elders,” as last week’s blog suggested, is not something based upon generations, and one can find elders in both old and young. In this post, I want to critique the categorization of people into age-based generations. I do so for three main reasons.

First, I argue that these generational designations contain tacit nationalistic, classist, and even racist assumptions. Who, exactly, is the Baby Boomer? Who is the Millennial? What is the ideal subject imagined and examined behind these labels? A 60-year-old Chinese woman, working in a technological waste facility? A 20-year-old black South African male, living in one of the Townships of Cape Town? A young trans sex worker in Indonesia? An older Indigenous person, living in a Brazilian favela? My point is that the imagined subject of these sociological designations is mainly European and American, middle- to upper-class, and white. In a world that is marked by a rise in racism, xenophobia, gross economic inequity, and a “return” to nationalism and isolationism, I argue that these tools only help fan the flames of these problematic trends.

Second, these generational designations play into what Val Plumwood in Environmental Culture: The Ecological Crisis of Reason (Routledge 2002) calls the logic of domination. They create di-polar categories—here, Millennial and Baby Boomer—that are then set up as either/or dualisms, which then allows for stereotyping of the “other,” and enable discrimination and in many cases violence. Luckily, we haven’t seen violence yet in the current polarization of the Millennials and the Boomers. But, as the A1 radio show I mentioned above discusses in detail, there is some unwillingness on both sides of this argument (at least the public debate) to listen to the other and to see beyond these generalizations. It is good to remember that so-called Boomers (if we break down the nationalistic, classist, and racist images of what these categories can mean) were instrumental in: developing the critiques of the globalization of neo-liberal capitalism (liberation theologies, post-colonial theories etc., and the activists around the world that began opposing the Bretton Woods Institutes—also known as the World Bank, the World Trade Organization and the International Monetary Fund); starting the civil rights, feminist, labor, and queer movements of liberation that we all benefit from today; articulating a pan-Indigenous movement that challenged settler-colonialism and began demanding Indigenous rights; and for starting the contemporary environmental movement in the 1960s and 1970s. All of this and more, the world benefits from, and enables younger generations to go even further.

It is also important for Boomers to remember that Millennials are born into a radically different context, and that they have new perspectives to bring to the situation. For people who fought for basic civil rights and basic environmental awareness, the complex demands that many younger people are making seem “far out.” But it is clear that capitalism, global climate change, and gross economic inequality are all interconnected. The same old answers of isolationism/nationalism (lets just worry about us), or the continuation of globalizing neo-liberal capitalism with environmental and social protections tacked on, or some sort of ideal communism that makes everyone equal and protects the environment, just no longer work. The world is arguably worse off in terms of economic justice and ecological well-being than when the liberation, civil rights, and environmental movements began (or maybe we are just more aware of these issues because of these movements, or maybe both). Perhaps the Millennials have something new to say, and the Boomers should really listen.

Third, we can’t place all the blame or all the hope in any one group. We live in a complex and chaotic world and that comes along with unintended consequences. Think about the unrest in Bolivia, as an example. Bolivia is rich with Lithium. As the world begins to move to more “green” energies—including solar and wind—more lithium for storing energy is needed. The push for green energy (great and needed) helped to create the unrest in Bolivia (unintended negative outcome). And these complex, unintended consequences happen all the time. From the perspective of younger people, the answers often look quite simple, as I am sure they did to Boomers when they were young, as they did for me when I was younger. For this reason, the Boomers should encourage and foster the idealism of younger generations, and the younger generations should listen deeply to the stories of successes and unintended failures of the past.

In the end, generational designations do little to map the complexity of people: historically, culturally, racially, sexually, and otherwise. There are conservatives and progressives, Trump supporters and haters, fundamentalists and atheists, rich and poor across the age spectrum. An intersectional approach that takes complexity into account might create a public space of dialogue rather than a public space of shouting and debate with pre-determined outcome (what I’d call a shouting match). We cannot afford not to make these rich connections if we want to maintain human life on the planet.

Counterpoint blogs may be reprinted with the following acknowledgement: “This article was published by Counterpoint Navigating Knowledge on 27 November 2019.”

Photo credit: Fog on the Golden Gate Bridge, by Linnaea Mallette via PublicDomainPictures.net