Under the Radar of Hegemonic Perception: Alternative Spiritualities 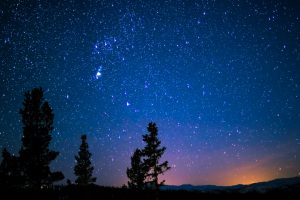 If you ask people in western Europe and North America if they have confidence in Christianity, economic forecast, astrology, or other providers of meaning, between 20 and 35 per cent favor astrology over Christianity and economic forecast. Astrology, often in combination with other practices such as Tarot readings or spiritual rituals, is one of the most popular traditions today when folks want to explore the deeper layers of their lives, and to connect with larger, even cosmic, structures of meaning. According to the Pew Research Center, more than 60 per cent of American millennials believe in New Age spirituality, but the group is less likely than previous generations to believe in God or see religion as an important part of their life.

A new interest in astrology has been noticed by journalists, for instance in an influential essay in The Atlantic in 2018. But they often mispresent it as something “millennials” have turned to recently, instead of seeing it as the latest chapter of a continuous interest throughout the twentieth century, with new opportunities for engaging with astrology by means of online apps and social media. In Nicholas Campion’s words: Astrology “is part of the general mentality of the modern West, not an organized force” (p. 143). This has been the fact for the past 150 years, and the pandemic brought further popularity for astrology in Europe and North America.

Astrology isn’t the only “alternative” spirituality that actually is a strong part of current religious landscapes. When it comes to popular ways of meaning-making today, a look at spiritual understandings of nature is also very instructive. What Bron Taylor calls “dark green religion” is a religion of immanence that locates the sacred in empirically accessible nature, rather than in some transcendent realm, as Christian traditions would have it. Taylor’s “greening of religion” hypothesis refers to nature-based spiritualities that are anchored in science, the arts, popular culture, as well as in environmental action.

Subsequent research found that worldviews and values akin to dark green religion are indeed growing significantly; moreover, they do appear to lead to pro-environmental behavior. This research also shows that contrary to the perceptions and hopes of some scholars and religious practitioners, there is no compelling evidence of a significant “greening” of the world’s predominant religions.

Nature spirituality can occur as an “everyday” phenomenon, such as in the Scandinavian movement of experiencing personal wellbeing, ecological awareness, and spiritual meaning by “being out in nature”—a growing field that Henrik Ohlsson in a new study calls “nature connection movement.”

The influence of this new international movement, which takes seriously humanity’s entanglement with the world’s nonhuman agents, is also seen in the immense popularity of poetic-scientific and fiction writings. Recent examples include Robin Wall Kimmerer’s Braiding Sweetgrass: Indigenous Wisdom, Scientific Knowledge and the Teachings of Plants (2013), Ursula K. Le Guin’s Late in the Day: Poems 2010–2014 (2016), David George Haskell’s The Songs of Trees: Stories from Nature’s Great Connectors (2017), Richard Powers’ The Overstory (2018), Max Porter’s Lanny (2019), and Elif Shafak’s The Island of Missing Trees (2021), among many others.

Much of this evidence boils down to the impression that, as I have argued on this blog, animism—understanding the natural world as being alive and in relationship with everything—is the most common modus operandi of individuals and cultural milieus today. What is more, such an approach to nature is by no means a recent phenomenon. As I try to show in my new book, animistic and holistic thinking has been a strong part of philosophical, scientific, cultural, and spiritual arrangements in Europe and North America since the rise of modern science in the nineteenth century.

And we can go back even further. Noam Chomsky reminds us that the history of science since the seventeenth century has not coincided with a prioritization of matter over against spirit in our understanding of nature. Instead, since Isaac Newton we have to conclude philosophically that everything is immaterial. This also means that it doesn’t make any sense anymore to discuss the famous “mind-body problem” in philosophy and psychology. Chomsky refers to Gilbert Ryle’s critique of Descartes’ mind-body dualism, an idea Ryle calls “the ghost in the machine.” Chomsky points out how “paradoxical is the influence of Gilbert Ryle’s ridicule of the ‘ghost in the machine’ . . . It was the machine that Newton exorcised, leaving the ghost intact” (p. 99).

The question then is: Why is it so hard to acknowledge the influence of these philosophies and spiritualities?

The main reason for our difficulty to come to terms with religion and spirituality as an immanent-material and relational personal practice is the conceptual cage that has been maintained in European tradition over centuries. This hegemonic cage dominates our perception of what a “proper religion” is still today. Scholars of religion struggle with inherited frames of understanding that prioritize traditional institutionalized, communal forms of religious “belief” or “faith” with an organized system of theological rationalization. Likewise, politicians, journalists, and an interested public take this form of religion as the norm and disavow spiritual practices that don’t seem to have an organized theology. These then are belittled and pathologized as “religious supermarket,” “conflicting beliefs” (such as going to church on Sundays and to Zen meditation on Tuesdays), or “patchwork religion.”

Another feature of hegemonic perception is the myth of scientific objectivity that would resist a personal, subjective experience of the more-than-human world. Many examples of just such a personal experience have been recounted by Albert Einstein, Niels Bohr, Rachel Carson, Jane Goodall, Marc Bekoff, and many other scientists. Yet we’re still trapped in the conceptual cage that ridicules experiences of awe and the honoring of nonhuman agency in the natural world as nonscientific, subjective, vague, and naively anthropomorphic.

These distorted perceptions are deeply ingrained in the very texture of European and North American societies in particular. Often, they go unquestioned or even unnoticed, and became what Michel Foucault calls “tacit knowledge,” assumed by all.

The good news is that conceptual cages can be changed, even if slowly. It is like the German slogan, very prominent in activist circles: “Fesseln spürt, wer sich bewegt” (“Shackles are felt by those who move”). It’s even the title of a documentary film about the 1980 protests against the building of Runway West at Frankfurt airport. Today, many people within and outside of the academy are restlessly feeling the shackles of inherited conceptual regimes. Starting with a critical assessment of these regimes they move further into exploring alternative ways of understanding the human engagement with the more-than-human world.

With such a readjustment of our radars, we will be in a better position to perceive and adequately interpret the religious and spiritual change that is going on. Instead of pathologizing or casting aside as unimportant the alternative forms of spirituality that are gaining traction in many societies today, we need to develop new languages for our entanglement with the more-than-human world. Perhaps we will then see that practices such as astrology and nature-based spiritualities are a very prominent feature of today’s world.

Kocku von Stuckrad is one of the co-founders and co-directors of Counterpoint: Navigating Knowledge. As a Professor of Religious Studies at the University of Groningen (Netherlands), he works on the cultural history of religion, science, and philosophy in Europe. His most recent book is A Cultural History of the Soul: Europe and North America from 1870 to the Present (Columbia University Press 2022). He lives in Berlin.

Counterpoint blogs may be reprinted with the following acknowledgement: “This article was published by Counterpoint: Navigating Knowledge on 16 August 2022.”