Let’s Get Metaphysical: A Response to James Miller on Cosmology and Practical Action on the Environment 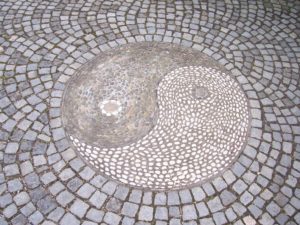 In a July 16th blog for this site, I suggested that religious believers who are broadly theistic need some compelling account of divine action regarding environmental degradation—one in which God neither swoops in to save us from ecological catastrophe nor does nothing at all. The former option is unconvincing and the latter is fruitless. Why bother believing at all? James Miller, in a response, seemed to disagree, calling for less theological and anthropological speculation and instead a more concrete global health management approach to the current planetary crisis.

Or at least that would be one, albeit simplistic, way of reading Miller’s blog. Prof. Miller finds speculation about the relationship between divine and human power unproductive and urges an alternative course of action. In fact, he seems to discourage an ethical framing of the ecological crisis altogether:

If we treat the climate crisis not principally as a question of integral justice, as our religious leaders suggest, but principally as a question of public health, then I believe we will go a lot farther in terms of constructive action. By focusing on global public health, we will bracket the question of who is to blame and focus instead on the maximal flourishing of human life as the guiding focus of climate change action. This is not to say that the moral issues of climate change are inherently invalid, just practically unhelpful.

Read only that paragraph and one might be forgiven for thinking that Miller is recommending a technocratic turn. Stop speculating. Get to the work of ecological repair! But that is not Miller’s last word. After Miller’s call to take the practical, public health approach to the environment, Miller, one of our foremost experts in Daoist Studies, goes Daoist.

Given Miller’s area of research expertise, drawing on Daoist principles does not surprise. But, given his resistance to bringing metaphysical questions to bear on environmental policy discussions, the reader might be perplexed by his appeal to Daoist thought. Indeed, Miller returns precisely to questions about what human beings can and cannot do, albeit in a distinctively Daoist naturalist key. Miller suggests that the right approach is not to ask about divine or human power but about earth power. He writes,

The approach to climate change from the perspective of global public health is founded on a principle that is well known in Chinese philosophy and culture, that of Dao, or Way, the creative principle from which all life emerges. Such a Daoist perspective recognizes that human life is embedded in and emerges from the life-giving properties of the earth that enfolds us. Our own human agency does not derive from some divinely-inspired human exceptionalism but from the life-giving properties of the earth and the sky, our planet, and our biosphere.

Although Miller leaves behind theistic discourse—what else would a Daoist do—he has, at the philosophical level, not discarded but only reframed my questions about human and divine power, albeit in a naturalist key. For Prof. Miller, God won’t save us but the Earth will. Here’s Miller in his own words:

The more we realize that human public health is embedded in and derives from planetary health, the more we will take actions that mitigate the ecological crisis. In so doing, we will not save the earth; rather, the earth will save us.

The soteriological returns! Miller is no less concerned about saving the planet than I am. He is no humdrum technocrat who dismisses religious or ethical speculation. While he rejects both Jesus and Elon Musk, he still commends a metaphysical vision in which human beings are not left to their own devices. The vitality of the Dao, “the creative principle from which all life emerges,” continues to be operative in the natural world and offers resources beyond our ken and capacities.

If I have read him accurately, Miller and I are in deeper agreement than a superficial reading might suggest. I too dismiss the “divinely-inspired human exceptionalism” that Miller rejects. None of the accounts of divine action I propose requires believing that God cares about human beings alone or that God singles out only human beings for collaboration. The theistic options I forward as workable are meant to reject deus ex machina solutions, where we degrade the earth and its resources while passively hoping that God will somehow set it right. Moreover, a God who is existence itself or being itself—my view of the divine—is also far closer to the Dao than to conventional depictions of divinity. This God is immanent within the world, operative in nature, funds the saving power of the earth, and cannot be figured as an external agent to whom we turn for rescue. I also welcome both Miller’s global health turn and his celebration of the saving powers of the earth. All to the good!

In sum, Prof. Miller remains a resolutely metaphysical and religious thinker concerned with deep questions of human agency and its limits. He just wants to commend a practical turn infused by a Daoist cosmology rather than a theistic one. Every practical solution presupposes some cosmological framework for or understanding of the way the world works. I doubt Miller would disagree. Miller’s proposal is no exception, by his own admission. Hence, there’s little point in intimating that practical global health approaches need to be divorced from religio-ethical reflection. No such dichotomy can hold. Practical policies emerge from cosmologies and ethical values they entail.

In a time of ecological emergency, we need all the help we can get, from Daoists included.

Counterpoint blogs may be reprinted with the following acknowledgement: “This article was published by Counterpoint Navigating Knowledge on 21 August 2019.”