Beyond Morality: Climate Crisis as a Global Public Health Crisis 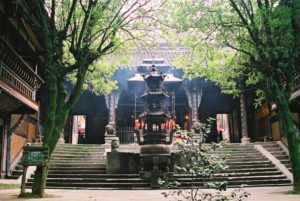 In his recent blog post for Counterpoint, John J. Thatamanil raised an important question for theists and atheists alike: “Who then will save us?” Discussions of climate emergencies and planetary peril seem inevitably to invoke fundamental soteriological questions. Can we save ourselves? Will someone or something save us? These questions, as Prof. Thatamanil points out, revolve around the question of power, and our feeling of being “powerless” to deal with the “immense ecological challenges of our time.”

This paradox rests on an important assumption, that moral agency resides only within the human realm. From this point of view, it falls to humans alone to make the supreme ethical choices that will dictate the history of the world. Combining this assumption with the factual data regarding climate change, we arrive at the situation in which we humans seem to be on the brink of immediate and irreversible disaster for which we alone are responsible. Our actions are so ruinously powerful that we seem to be on the verge of the imminent collapse of our planetary biosphere, yet we are so morally pusillanimous that we are incapable of preventing ourselves from taking this action. Which is it? Are we humans truly powerful beings or truly weak ones?

Positing climate change as an ethical question has put enormous strain on humanistic ethical traditions. If moral agency resides with humans alone, then we must be monstrously wicked creatures indeed to allow the desertification of our lands, the melting of our ice caps, the flooding of our coastlines, and the extinction of species.

Worse still, the moral language that envelops climate discourse ironically supports the unhelpful soteriological claims of religious traditions that seek salvation in heaven not on earth. If we are so wicked as to permit the horrors of climate change to take place on this earth, then it is clear that we have no hope to save ourselves, or our planet, and we must look to some external agency, a divine savior, to save us from ourselves. And if we no longer believe in such divine saviors, then we must build rocket ships for ourselves and escape the gravity of immorality that inexorably pulls us down to a doomed earth.

If, like me, you find Elon Musk and Jesus Christ to be equally unattractive solutions to the problem of our global climate crisis, then I suggest that we both refrain from moralizing the climate crisis issue. When we moralize the climate crisis, we only enable the fantasies of people who are least likely to take concrete practical action.

Instead, I suggest that we treat the climate crisis as crisis of global public health.

If we treat the climate crisis not principally as a question of integral justice, as our religious leaders suggest, but principally as a question of public health, then I believe we will go a lot farther in terms of constructive action. By focusing on global public health, we will bracket the question of who is to blame and focus instead on the maximal flourishing of human life as the guiding focus of climate change action. This is not to say that the moral issues of climate change are inherently invalid, just practically unhelpful.

The approach to climate change from the perspective of global public health is founded on a principle that is well known in Chinese philosophy and culture, that of Dao, or Way, the creative principle from which all life emerges. Such a Daoist perspective recognizes that human life is embedded in and emerges from the life-giving properties of the earth that enfolds us. Our own human agency does not derive from some divinely-inspired human exceptionalism but from the life-giving properties of the earth and the sky, our planet, and our biosphere.

The more we realize that human public health is embedded in and derives from planetary health, the more we will take actions that mitigate the ecological crisis. In so doing, we will not save the earth; rather, the earth will save us.

Counterpoint blogs may be reprinted with the following acknowledgement: “This article was published by Counterpoint Navigating Knowledge on 31 July 2019.” 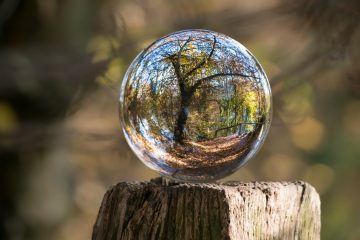 ‘Nature’ and ‘Culture’: How We Perceive the World and Why This Should Change

‘Nature’ and ‘Culture’: How We Perceive the World and Why This Should Change By Kocku von Stuckrad I just finished reading Helen Macdonald’s excellent new book, Vesper Flights. This collection of short stories about how Read more… 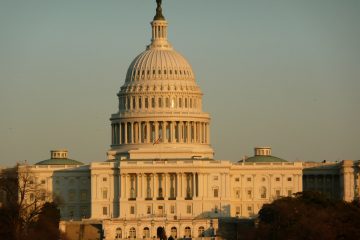 Wounds and Lies that Bind: The Need to Believe

Wounds and Lies that Bind: The Need to Believe By Marcia Pally It’s two weeks since the seditious riot at the U.S. capitol. It’s two months of Donald Trump’s refusal to concede an election whose Read more…

The Weight of Evidence