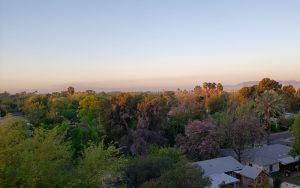 We’ve all heard someone accused of “only believing what they want to believe.” It seems so obvious it’s trivial. But looking at it more closely, we can see that this simple sentiment flips the tables on common sense. Why would anyone want to believe something? Why—and how—does the way a piece of information feels shape our intellectual assent to its propositional content? What’s the relationship between thinking and feeling?

In my book Wild Experiment: Feeling Science and Secularism after Darwin, I argue that understanding belief requires attention not just to the propositional content of our ideas, but the field of feeling—desire, fear, sorrow, excitement, and everything else—that enfolds those ideas. Information is always received in a mood. And the way information feels to us shapes the horizon of what we accept or reject as fact.

This doesn’t mean that we can’t learn about the world and come to understand it in better ways. Far from being solipsistically encased in our feelings, feelings are what make it possible for us to explore, study, and discern. Every scholar—from the mathematician clicking away at their blackboard to the manuscript specialist lost in study deep in a library basement—knows the pleasure and exhilaration of discovery, of confidently making a new connection, of everything falling into place.

Conventional epistemologies tend to be cognitivist—they see both the successes and mistakes of science as always being a matter of information transfer, with “feeling” an unlawful incursion that invariably corrupts good knowledge. I suggest that we redraw this frame, seeing feeling as the driver of both the successes and failures of not only science, but all the ways we come to know the world. Science may be most notable for the way that it actively brings feelings on stage—simultaneously drilling down on the thrill of discovery but also subjecting new ideas to methodical scrutiny (conference presentations, peer review, critical rejoinders in print) that seldom feels good (bad feelings are just as important for science as good ones), but often help to sculpt and refine our ideas. As Darwin once said, “speculative men, with a curb on, make far the best observers.”

This deep interlinking of thinking and feeling has significant implications for our global response to the climate crisis. Many authors—rightly—have focused on the vastness of climate change—the way it operates at scales that are so far removed from our ordinary experience that we have difficulty grasping what’s happening. It’s hard for us to track global temperature rise in our everyday sphere of experience, harder still to firmly cement the connections between climate change and the complex layers of human action—cheeseburgers to Supreme Court decisions to international warfare—that coalesce to drive it forward.

This is a vital insight for understanding the cognitive constraints that make it difficult for humans to collectively accept and confront the scientific reality of anthropogenic climate change. But analyses like this also miss out on the emotional dimensions of how we think—or fail to think—about climate change.

For one thing, it is now abundantly clear that “science” has never been a universal language that speaks on behalf of the entire human race. Sometimes this is due to limitations or oversights within science itself; but just as often, it’s the result of the profound factionalization that surrounds science.

Although this sometimes correlates with contention around religious doctrine, it would be a mistake to boil this down to a naïve science/religion conflict thesis. As scholars like Naomi Oreskes and Erik Conway have shown, much of the orchestrated skepticism directed toward science in the 20th and 21st centuries has been driven by corporate interests trying to protect their bottom lines in nicotine, fossil fuels, and atmospheric pollutants. Significant cover for these campaigns has also been offered by secular libertarian ideologies that saw sabotaging trust in scientific consensus as a means to combat communism.

Regardless of the point of origin, the end result has been a landscape in which what counts as good science is defined by identity—and community—affiliations. “Your science” and “our science” come to feel like alien territories separated by a hostile border. Enemy science isn’t secretly believed but publicly castigated; because it feels foreign, it actually becomes less believable.

On another level, though, the scientific consensus around climate change has a unique hurdle to overcome in gaining public acceptance. It tells a story that is so alarming that it jams our ability to embrace it. Could seemingly innocuous actions, institutions, and ways of doing things really be passively contributing to catastrophe? It runs against the grain of our everyday hopes that things might or could get better, replacing it with a curtain-fall. It feels so horrible it can’t possibly be true.

Not only that, the way we as humans interact and exchange information—pints at the pub, social media, water cooler talk—are organized around circulating words and ideas that make us happy—or at the very least strategizing to respond to solvable problems. A looming catastrophe like climate change jams those channels. Climate change is talked about extensively in some circles, but the severity of the threat it represents is in no way proportionate to how much (how little) we talk about it. A quick headline scan of any given newspaper may show one or two articles about climate change, but they’re always a minority, incongruously placed beside recipes, election horse-race coverage, and celebrity gossip.

Religion’s role in this is complicated, too. As far back as Lynn White in the 1960s, it’s been claimed that religious ideas—often associated with specific religious traditions, especially those emphasizing “transcendence”—are responsible for an eschatological worldview in which the value of planet earth is reduced to near zero, paving the way for ecological degradation. But this focus on theology is misguided. The range of, for instance, Christian positions on environmentalism is profoundly broad. Starting with theology makes it seem like religious believers are locked into specific templates of thought and action that are directly downstream of their doctrines of creation. Far more promising, from the perspective offered here, is paying attention to how specific religious communities—often at the micro-level (individuals, families, households, congregations rather than “world religions”)—feel about the natural world. Their theological interpretations—and their responses to the science put in front of them—are deeply guided by these emotional coordinates.

This is how truth hides in horror. When a fact arrives with overwhelming terror, it repels us before we can face it. Predictions of the extraordinary scope of destruction that unchecked climate change will bring—coupled with the seemingly innocuous sources of that destruction—trigger a sort of bottleneck effect that jams our ability to believe—let alone to respond. Like the flood-irrigated vegetation in the Arizona desert pictured above, fed by water siphoned off from the profoundly threatened Colorado River, we create an artificial—and unsustainable—lush garden that conceals the ecological reality facing us.

But understanding this dynamic of facts and feelings shouldn’t lead to an abdication of our responsibility to continue to shape public conversations about the urgency of the challenges facing us. Seeing information and emotion as interlinked is a way of understanding the landscape of persuasion itself. One of the biggest mistakes we can make is to give up, to assume that persuasion is dead. We often take extreme cases—like an interaction over social media, in which the possibility of persuasion was incredibly low from the very beginning—as somehow reflecting the essence of the scene of persuasion. This is the kind of misstep that a failure to recognize the deep interrelation of thinking and feeling leads to. We assume that people are either “reasonable” or “unreasonable” because they either accept or resist what are—to us—obvious facts.

We need to rethink this. Confronting the challenge of climate change means being clear-eyed about the need to reach people where they are and constantly refine our strategies of outreach, communication, and persuasion. This means recognizing that more information, more research, and more facts are not a cure-all—but nor are they valueless. Changing minds is always a matter of reflecting thoughtfully on how information feels.

Donovan Schaefer is an assistant professor in the Department of Religious Studies at the University of Pennsylvania. His most recent book, Wild Experiment: Feeling Science and Secularism after Darwin (Duke University Press, 2022), argues for a reconsideration of the relationship between feeling and rationality and considers the implications of this shift for topics like climate change, racism, conspiracy theory, and secularism.

Counterpoint blogs may be reprinted with the following acknowledgement: “This article was published by Counterpoint: Navigating Knowledge on 12 July 2022.”

The Role of Indigenous Women in Ecological Activism: Deforestation in North Sumatra

Globalization and Buddhism in Indonesia: Building Myanmar’s Shwedagon Pagoda By Yulianti According to the 2021 data of the Ministry of Internal Affairs, there are approximately 2,033,608 Indonesians practicing Buddhism which is equal to 0.74% of Read more…

Decolonizing for the Planetary Community: Many Worlds, One Planet

Decolonizing for the Planetary Community: Many Worlds, One Planet By Whitney A. Bauman Sylvia Wynter has argued, I think successfully, that the idea of the human and subsequently what the “Humanities” are, grew out of Read more…