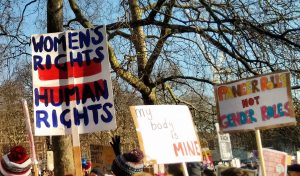 When the Supreme Court overturned Roe v Wade last week, it seemed like the United States was divided in two once again. Supporters of legal abortion despaired at the harm done to health, economic opportunities, and legal rights by this decision. Opponents of abortion rejoiced at the prospect of saving babies’ lives. The logic underlying pro-life arguments is that life begins at conception, and therefore abortion is murder. By this logic, it should be against the law. The pro-choice position relies on the view that prior to a certain cut-off point (which varies between jurisdictions), pregnancy is a private, medical concern for people and they can choose to end it if that is what they need.

Framing abortion in this way—as a debate on equal terms with two sides, implacably opposed—gives the impression of polarization. Turn the perspective again and you can learn that 85% of Americans think abortion should be legal, under either all or specific circumstances. Only 13% think it should be illegal under all circumstances. The issue now appears as one in which a vocal minority is enforcing their fringe views on the majority through judicial fiat.

Abortion is just one such issue in the United States that currently appears to reveal deep fault lines between two sides. There are more—climate change, electoral reform, mask mandates—which the media frames as manifestations of a stark polarization. But digging deeper into statistics on attitudes reveals that there is more often a majority position that a powerful minority is pushing into a subordinate place. The first step is to present the sides as one of “both sides” vying against each other with equal validity, and the next step is to show that one side is doing great harm. In the United States, the minority position is more successful at depicting the majority position as harmful.

The harm of abortion is portrayed as baby murder. Children are the archetypal innocents on a cultural level, and crimes against children are discussed as and legally regulated as the worst type of crime that can be committed. There is a wiggly line down a rabbit hole from the extreme concern for the lives of fetuses to conspiracy theories about “Save the Children.” These conspiracy theories are part of the QAnon network of extreme ideas that there are child trafficking rings around the world run by elites including top Democrats such as Hillary Clinton. Some of the most extreme variants of these theories accuse Clinton and her associates of grotesque violations against children. Conspiracy theories allow proponents to claim the high ground by accusing the other side of being literal baby eaters.

How can this circle be squared? To accuse Hillary Clinton of being a child trafficking baby eater should be patently and laughably false. Yet millions spread these theories, and some were motivated to attack the Capitol on January 6, trying to overthrow the US government in part because they believe their elected leaders are murdering and trafficking children. This is more than polarization.

Anthropologists sometimes talk about people in different cultures as living in different worlds. This methodological shift was used by scholars such as Eduardo Viveiros de Castro and Martin Holbraad to explain why Amerindians say people are jaguars, or why Afro-Cuban diviners say powder is power. Those were their worlds, and they were radically otherwise than our dour, rationalist, science-based factworld. Yet those who believe in QAnon would appear not to live in that science-based factworld either. No amount of debunking of the claims of QAnon has undermined the faith that some have in them. David Graeber argued against the idea that there are many ‘worlds’ in which different people and different cultures reside, implacably opposed or mutually unintelligible to each other. Instead, he saw social reality as constituted by multiple ideologies, many of which are implicated in unequal relations of power.

I am not suggesting that we take the world of QAnon seriously on its own terms, as those such as Viveiros de Castro and Holbraad recommend doing as part of their methodological stance named the ontological turn. This methodological stance was explicitly decolonial, as a way of engaging with people who have been systemically disempowered and subjugated through colonialism. In terms of power relations, the minority position in the US is very different and as such their assertions about the moral order of the world should be questioned. There is currently an ongoing shift in the United States, in which the world of QAnon, and interrelated currents of Christian nationalism, evangelical theocratic ambitions, and socio-legal conservatism are being taken seriously, on their own terms, by dominant elites. The existence of majorities opposed to these currents is dismissed as evidence of polarization. Yet it is more accurate to see a rapidly expanding power grab by a minority so that they can enforce their worldview as fact, as the only correct, moral world in which to live.

Susannah Crockford, PhD, is a lecturer in anthropology at the University of Exeter. Her book, Ripples of the Universe: Spirituality in Sedona, Arizona was published in 2021 by the University of Chicago Press. Follow on Twitter: @SusCrockford.

Counterpoint blogs may be reprinted with the following acknowledgement: “This article was published by Counterpoint: Navigating Knowledge on 29 June 2022.”

What is not explicitly said in this (otherwise very good) article is that the minority is powerful because they have money, and have used it in various ways to intentionally corrode democracy to the point where their money makes them more powerful than the majority.

[…] that speaks on behalf of the entire human race. Sometimes this is due to limitations or oversights within science itself; but just as often, it’s the result of the profound factionalization that surrounds […] 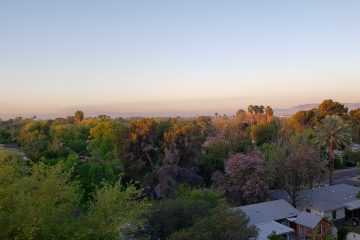 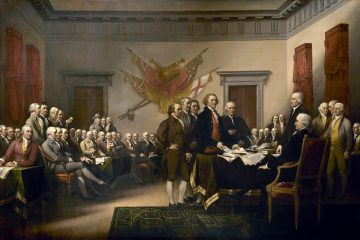