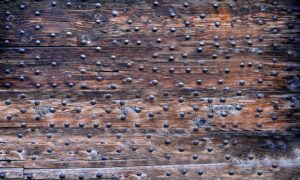 As usual, I found myself in a room full of scholars from a variety of demographic backgrounds as well as “ranks” in the academic ladder. The topic was the postcolonial trauma of the world.  After the presentations, the “final word” fell to a renowned professor who chastised one presenter for not including an academic reference she liked and chastened me for including one that she did not.

This made me think of the “peer-review” system in academic publishing.  Articles submitted for publication in academic journals (necessary for getting one’s work recognized) are evaluated by scholars who work in the author’s area of research—hence, “peer.” Whatever its strengths, the system is saddled with, as one blog summarizes, reviewers who are “unwilling to view the authors of a submitted paper as peers” and who often turn their review into aggressive attacks and therefore a kind of bullying.

Back at my conference, my heartbeat started to accelerate. I felt like a schoolboy being scolded by my teacher. For one minute, I believed this famous scholar. I stood by her side to scrutinize the concept I had used, which she said was “wrong.” The feeling of inadequacy and even guilt encroached. I figured she was probably trying to help me. After all, she looks like me. Why would she, a renowned scholar debase me, a no-body, in front of a predominately white audience? Perhaps she’s motivated by the old Chinese saying: “good medicine tastes bitter and loyal advice jars the ears” … or so I told myself.

After a minute, okay, two, of healthy self-doubt, I started to wonder: why did I automatically agree with her accusation, which I thought was ill-informed? Why didn’t I respond directly and explain my point to the audience? Maybe I was intimidated by academic stardom, where celebrities of the oligarchy are not to be questioned.

The topic of the conference was post-colonial trauma. Academia urgently needs some power-decolonization of its own.

Recently, several scandals about power abuses in academia, considerably graver than my anecdote, have become public, among them the misconduct by Giovanni da Col, chief editor at the journal HAU, and the sexual harassment case against New York University professor Avital Ronell by her former student Nimrod Reitman. Both are cases of academic “celebrities” taking advantage of those who depend on them for recommendations, funding, and a “place” in the university world.

The academic training “ladder” is important. Those with more years of experience help build the skills of younger researchers, whose fresh perspectives and new knowledge in turn benefit senior scholars’ work. What’s worrisome is where these hierarchies of skill have become toxic hierarchies of power. They breed a sense of privilege among those at the “top” that enables and even encourages a culture of bullying. They inculcate self-censorship among those suffering from bullying so that they don’t speak out.

A letter of support for Ronell was signed by an impressive list of “celebrity” professors. To many of us, it seemed like the powerful protecting the powerful against the weaker. Scientific criteria for judgment seemed to go by the wayside, replaced by a judgment in absence of the facts: “Although we have no access to the confidential dossier [the letter’s second sentence] … We hold that the allegations against her do not constitute actual evidence [last sentence in the first paragraph] … if she were to be terminated or relieved of her duties, the injustice would be widely recognized and opposed.”

Some were surprised that the charges of unfair treatment and harassment were brought against a queer woman by a gay man. There is nothing to be surprised about. Identifying oneself with the fluid, elusive label “queer” does not exempt one from the temptations of power.

The critique of power in society—of racism and sexism—began in part at universities. Bringing that critique to academia could start by dismantling the (often unarticulated) idea that to succeed in scholarship, one must behave like the worst of straight, white, male bullies or as one blog entry termed it, assholes. But what must be thoroughly challenged and dismantled is not just instances of abusive behavior but also the oligarchic system that less powerful academics often find ourselves willingly to bow to.

Knowledge has always been produced collectively, not through the singular miracle of some celebrity genius. If we still hold some reverence for the sometimes-bleak system of peer-review, let us at least insist on the “peer.” Scholars should all be taken as peers because they, junior and senior, together with those who are not considered academic scholars, are all contributors to the collective endeavor of knowing.

Zairong Xiang is Postdoctoral Researcher of the DFG Research Training Group “minor cosmopolitanisms” at Potsdam University (Germany). His research intersects a wide range of disciplines, notably feminisms and queer theories, literature and art in their decolonial variants in Spanish, English, Chinese, French, and Nahuatl. His first book Queer Ancient Ways: A Decolonial Exploration is forthcoming with punctum books (Autumn 2018). Before Potsdam, he was research fellow at the ICI Berlin Institute for Cultural Inquiry and received his PhD in Comparative Literature from University of Tübingen and University of Perpignan.

This Counterpoint blog may be reprinted with the following acknowledgement: “This article was published by Counterpoint Navigating Knowledge on 10 October 2018.”