Wounds and Lies that Bind: The Need to Believe 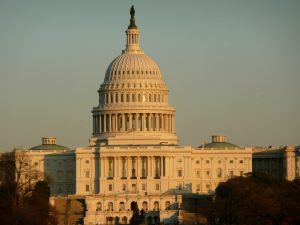 It’s two weeks since the seditious riot at the U.S. capitol. It’s two months of Donald Trump’s refusal to concede an election whose vote-count was validated by Republican election officials and over 60 courts—including twice by the Supreme Court. In my mind, I keep hearing the phrase:

Trump, leader of an opposition government headquartered in Mar-a-Lago with tentacles in Congress and an armed militia.

I am worried about the U.S. getting through Joe Biden’s inauguration without violence beforehand or after. But I am more worried that 60–70 million Americans believe the 2020 election, called “the most secure in American history” by national election officials, was rigged. More than that, they believe that Trump represents their best interests.

This makes excellent sense for one sector of Trump supporters: private and corporate wealth that seeks lower taxes (as Trump’s 2017 tax law delivered) and reduced consumer, labor, and environmental regulations. Their support is consistent with their goals especially as Trump’s sometimes populist-sounding trade rhetoric doesn’t really hobble corporate interests in global commerce. This support is coherent if greedy with little big-picture view of the common infrastructure or good.

Support for Trump and for Republican policies makes less than excellent sense for the many middle- and working-class Americans whose infrastructure (roads, WiFi, health care, schools/training, air and water quality) is damaged by the tax and deregulation policies Trump promotes. But belief in Trump persists.

Perhaps more precisely, the need to believe does.

What beliefs are needed, and why? There’s an upside and downside to this The upside is the human capacity for hope, to believe that we can be effective against the ills that beset us. Yes, income and wealth inequality has been increasing; large sectors of the economy have been eviscerated by technological change and productivity growth; regions of the country have become rust belts; in our literacy- and numeracy-driven economies, the horizons for those without college educations continue to dim. But hopelessness is a dead end—literally, as we see from the increase in drug and alcohol addiction and other “deaths of despair.” People need to believe they can effect change on their own behalf.

Feeling effective when under substantial duress often entails identifying what has gone wrong, whom one is right to fight, and who is on one’s side. Along with sense of efficacy and purpose comes camaraderie, a sense of belonging and self-esteem, and a community that may well be able to provide resources and help one out. This is as true for Trump supporters as it is of Bernie Sanders and Alexandria Ocasio-Cortez (representative to Congress from New York and on the left wing of the Democratic party).

The downside lies in Trump supporters’ embrace of remedies for societal ills that will not in fact address them. Believing that one or another remedy will solve one’s problems doesn’t make it so. The word for working towards a goal or “solution” that will not be effective in addressing problems is “tragedy.” The duress is unresolved and so remains. But the emotional benefits of a community working to be effective also remain. The upshot is that people continue to work towards ineffective ends for the emotional buttress. The more the support networks and emotional benefits develop, so does belief in the “solution” that brings the support-communities together.

Importantly, the proposed remedy to problems at hand can fail for a long time as long as the psychological benefits succeed. How many witches were burned for centuries without solving a single problem of village life? René Girard called this the scapegoat sacrifice mechanism. Now we’ve got witch-whispering on Twitter and Parler by Trump and many of his supporters.

In their book Why Does Patriarchy Persist?, the psychologist Carol Gilligan and her student Naomi Snyder note that, under conditions of loss and duress, the emotional move of first resort is to separate oneself from others to protect oneself from vulnerability and further loss. It’s a frequent occurrence in personal relationships—they can’t hurt you if they can’t “get” to you—but also in economic and political loss. Those under duress or trauma feel they cannot risk trust or connections with others. It’s a me vs. them protective move. This occurs not only in war or famine but also from un- and under-employment and rapid societal, gender role, and other demographic change, when one’s way of life—what’s expected, fair, and what’s due you and others—is crumbling around one.

The ability to re-form relationships, to feel sympathy, friendship, and mutual trust, is a process of healing. Unless the me–them protections are recapitulated as us vs. them: my group against the “them” group. This brings together the two benefits: of feeling effective (we’re solving our problems by attacking “them”) and of belonging (we’re working together in attacking “them”). One knows who “we” are, who’s the “them” who has wronged “us,” and against whom “we” are right to fight back. Attacking “them” as the “solution” to present problems can fail for a long time as long as the psychological benefits of working together in the attack succeed.

This is one way psychology shapes politics. “Large groups,” psychiatrist Vamik Volkan writes in Bloodlines, “like individuals, regress under shared duress . . . They may see the environment as more dangerous than it is, while expecting others to be more powerful than they are.” A “them” has been identified, bringing both effectiveness and belonging rewards. Volkan continues: “The more stressful the situation, the more neighbor groups become preoccupied with each other” (27, 111).

This psychological-political situation can persist for a long time. Jeanne Knutson is founder of the International Society of Political Psychology. Feelings of harm and fear of future harm, she notes, are wounds that endure, calling out for the balm that feelings of belonging and of effectiveness bring. “One never erases the identity of a victim. The first blows make the victim permanently on guard for the next attack by the next victimizer. Even if the latter—a tribe, another ethnic group, or nation—loses power or the ability to mount a credible threat, the victim’s fear continues.”

Political violence, Knutson finds, begins with the belief that “only continued activity in defense of oneself (one’s group) adequately serves to reduce the threat of further aggression against oneself” (160–161).

Insofar as Trump’s supporters believe they have identified the culprit “them”—the government/deep state assisted by a lying, elite media in allowing blacks, new immigrants, and sometimes Jews to destroy “our” jobs, regions, and way of life—they gain the benefits of community, self-esteem, and feelings of efficacy, even if economic and way-of-life threats remain unaddressed.

Trump may continue as the face of those beliefs, or his star may fade. But until alternatives to the emotional benefits are in place, who would turn them down?

Professor Marcia Pally teaches at New York University and is an annual guest professor at the Theology Faculty of Humboldt University-Berlin. Her most recent books are Commonwealth and Covenant: Economics, Politics, and Theologies of Relationality (2016), Mimesis and Sacrifice (2019), and The New Evangelicals (2011). Commonwealth and Covenant was selected by the United Nations Committee on Education for Justice for distribution worldwide. In addition, Prof. Pally has been a columnist and contributor to US and European periodicals, including Religion and Ethics, Political Theology, Commonweal, The New York Times, The Guardian, Religion News Service, Die Zeit, Süddeutsche Zeitung, and Tageszeitung, among other periodicals.

Counterpoint blogs may be reprinted with the following acknowledgement: “This article was published by Counterpoint Navigating Knowledge on 19 January 2021.”

Photo credit: “US Capitol building in the late afternoon winter sun” by Scorpions and Centaurs is licensed under CC BY-NC-SA 2.0