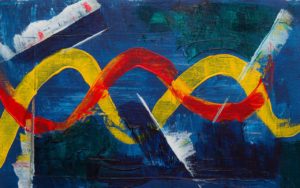 “Science explicates, poetry implicates. Both celebrate what they describe. We need the languages of both science and poetry to save us from merely stockpiling endless ‘information’ that fails to inform our ignorance or our irresponsibility.”

I love Ursula Le Guin. This quote is taken from a 2014 speech at the conference “Anthropocene: Arts of Living on a Damaged Planet.” For Le Guin, poetry is a tool to support “the great reach outward of the mind and imagination” that is essential if we’re going to “stop wasting [the world] and our time in it.”

Physics is another of these tools. As Brian Greene asserts: “Science deserves to be right smack in the center of culture, because it is our quest to understand who we are and how we fit into the big picture. Just as great poetry is, just as great literature is. So it’s not this separate activity,” it’s just “a different language.”

Myriad fine arts programs require courses with some variation on the title “Physics for Poets.” The poet Rae Armantrout, well known for her longstanding engagement with quantum physics, co-taught a class at the University of California at San Diego called “Poetry for Physics.” She makes an excellent point with this simple reversal: Why do we think physics is necessary for poets, and not vice versa?

Physics and poetry need each other. In some ways they are similar: both produce wonder and seek understanding. Yet they are different ways of knowing, different ways of trying to make sense of the world. Exposing ourselves to diverse ways of knowing helps us discover new things, both poetic and scientific. As Frank Wilczek says, a scientist needs something like poetic vision, “the feeling for how things might be different and better, in order to make a great discovery.”

Physics provides us with profound understandings of the known unknowns: the things we don’t yet understand but know we need to investigate further (think String Theory). Poetry does something similar, albeit through a different lens (as it considers, for instance, the age-old themes like love and death). But poetry and physics are equally useful tools when it comes to approaching the unknown unknowns—all the things we don’t even know we’re missing, things we haven’t yet imagined.

Some physicists are already moving in a poetic direction. Wilczek is quite happy to take up the old Romantic mantle of natural philosophy, of those early scientists (and poets) who sought to achieve a unified understanding of nature and spirit. He sees physics as a way of trying “to understand the world whole.” This is the essence of complementarity: “You have to view the world in different ways to do it justice, and the different ways…may be mutually incompatible. [But] to do full justice to reality, you have to take both of them into account.”

The physicist Carlo Rovelli takes a slightly different position, acknowledging the substantial differences between science and poetry. While science, like poetry, “works out of beauty, out of intuition, out of imagination…it has a very solid way of checking” its hypotheses. When beautiful ideas turn out to be wrong, science discards them. Poetry prioritizes beauty, and while poets also engage in experimentation and discard beautiful lines that don’t convey the right ideas, we can’t call this scientific experimentation. We shouldn’t conflate the two. But perhaps poetry could help physicists ask new and better questions by providing different perspectives on beauty, intuition, and imagination:

what has not yet been imagined.”

Was that a poem? No, and yes. These are a few sentences from Rovelli’s The Order of Time, rearranged in a recognizable poetic form. The boundaries between scientific and poetic description are porous.

It’s easy to imagine a physicist writing poetry in her spare time and even being admired for it. But imagine a world in which her poetry is considered part of her professional work, an essential aspect of her contribution to physics—a world where her poetry enhances her professional reputation instead of calling into question her devotion to scientific “objectivity.”

Akito Arima, a nuclear physicist and Haiku poet, talks about how moving between physics and poetry helps him think creatively, helps him look at a problem in physics again, “with different eyes,” so that he “suddenly find[s] the heart of a secret of nature.” Both poetry and physics are about observation and imagination. They show us “different faces of nature.” But Arima also maintains that the “two-culture gap” between science and the arts is narrower in his native Japan than it is in the West, which gives him an advantage in pursuing both together.

Chad Orzel argues that we need to introduce scientifically-minded students to the concept of ambiguity—to the idea “that meaning is contingent on a whole host of external factors…and that’s not a bug, but an essential feature of the system.” This argues for teaching poetry to physicists. But rather than offering poetry classes tailor-made for physicists and physics classes for humanities majors, we should require students to take more introductory classes in other fields, to broaden their perspectives without spoon-feeding them watered-down concepts.

In a similar vein, Armantrout relates the old adage that the most interesting moment in physics is not when the scientist shouts, “Eureka!” but when she wonders, “Huh?” Wonderment is key to scientific investigation, as it is to poetry. Good science, like a good poem, opens up the world and allows us to see our reality in new ways. The two-culture gap that encourages extreme specialization and a utilitarian approach to learning is evidence of our prejudices.

In the speech quoted above, Le Guin says that “to use the world well…we need to relearn our being in it.” Both poetry and physics help us integrate new knowledge and imagine better ways of being in the world. Together, they encourage broader, more speculative thinking, which is what our educational systems should emphasize.

This Counterpoint blog post may be reprinted with the following acknowledgement: “This article was published by Counterpoint: Navigating Knowledge  on 14 November 2018.”

I am a physicist by profession, poet by passion.. two published anthologies… loved this article.

poetry and science go very well together. A scientist should always find time for some poetry to communicate their thoughts and freely hypothetise! I like collecting my thoughts in verses at poetryfromthelab.com 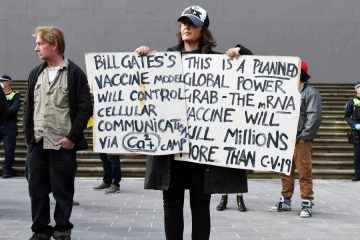 Anything Goes… What Trumpism and the Covid-19 Pandemic Can Teach Us About Climate Crisis By Oliver Krüger These days, we Europeans are quick to diagnose a post-factual age in light of recent events in the Read more… 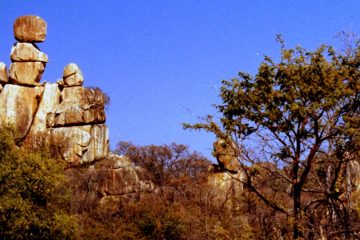 Invoking the Sacred: Between Conflict and Peace in Climate Conflicts

Invoking the Sacred: Between Conflict and Peace in Climate Conflicts By Joram Tarusarira The impacts of climate change are increasingly undermining human, national, and international security. The modern obsession with positivism and technical approaches to Read more…

Anthropocentrism and Quietism: Scylla and Charybdis for an Integrated Migration-ecological Ethics?

Anthropocentrism and Quietism: Scylla and Charybdis for an Integrated Migration-ecological Ethics? By Gary Slater When seeking to develop an ethics that integrates concern for ecological devastation with international migration, rich material abounds. Worthwhile responses to Read more…