What, If Anything, Is De-Extinction? 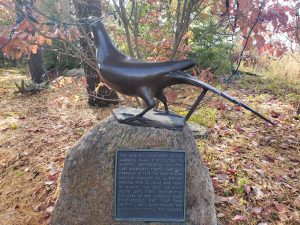 The prospect of developing genetic technologies that aim to “bring back” extinct species is met with palpable excitement by some members of the scientific community and the broader public. De-extinction inspires a sense of optimism, a hopeful storyline to counter relentlessly grim headlines of planetary collapse. With de-extinction, it is argued, we might redress grave harms and injustices to nature and redeem humanity’s past (and present) sins, all while restoring damaged ecosystems. De-extinction speaks to perennial and (broadly speaking) religious-like questions about the kind of creature we are, where we fit into nature, and how we might use our power appropriately. It readily lends itself to religious and mythological metaphors: resurrection and salvation through science, Lazarus rising from the dead—or the Phoenix from the ashes; the completion of human dominion over nature, and the specter—or irresistible temptation—of “playing God.” These all-too-common ways of framing de-extinction suggest a confused mix of creaturely penitence or atonement, on the one hand, and the steady and controlling hand of an intervening deity, on the other.

The confusion doesn’t end there. For what is it, exactly, that de-extinction brings back? And what value, if any, should we assign to the end products? At first glance, de-extinction seems a potentially valuable, if ad hoc, tool in our conservation toolkit. In the face of mass extinction, why not try everything? Yet, as many scholars have noted—including some who ultimately give a green light to de-extinction—there are good reasons to regard it as a flashy vanity project that may well divert efforts away from traditional conservation practices. Perhaps de-extinction is just “too sexy to ignore” even if conservation rationales remain weak. Before we can render an informed judgment on de-extinction environmental value, it’s necessary to get a fix on what extinction is in the first place. And this turns out to be a surprisingly complicated task.

It is often said that extinction entails the death of a species. Individuals die, but only a species can “go extinct.” Furthermore, as Eileen Crist argues, the term extinction is extended broadly to disparate phenomena, including both human-caused mass extinctions and background extinctions that occur naturally. The latter do not produce “wholesale decline of life but are surpassed in magnitude by the birth of new life-forms” while in the former case, “obliteration rules.” A species is usually considered extinct when its last member has perished (though it may be considered functionally extinct when its population has declined to the point that it plays a negligible role in an ecosystem). Inordinate focus on the death of sole survivors may distort our understanding of what it would mean to reverse species extinction. The last individuals of extinct, or soon-to-be-extinct, species are often showered with scientific and media attention. Sometimes called “endlings,” these creatures are “avatars of loss.” They are often invested with a collective and concentrated pathos, as evidenced by the creation of commemorative shrines and the practice of christening endlings with personal names—Martha, the last passenger pigeon, or Lonesome George, the giant Pinta Island tortoise. This framing reduces species to “specimens,” as Thom van Dooren argues. As such, I would argue, they are positioned as mere matter to be revivified in a laboratory. Put differently, endlings may act as an incitement to de-extinction. It’s worth noting too that endlings, like favored candidates for de-extinction generally, skew toward charismatic fauna; there are few shrines to plants or insects, despite the vital ecological functions performed by these lowlier brethren.

Endlings may usefully draw attention to mass extinctions and lend concreteness to a process of unravelling that generally occurs out of sight and on scales difficult to imagine. As Dolly Jørgensen notes, “the word recognizes the permanence of group extinction on an individual level.” The tangible sense of loss evoked by endlings may inspire efforts to put an end to endlings, to prevent endlings from occurring in the first place. But does it? I have some doubts, for it is the very rarity of the endling—its “last of its kind” status—that establishes its supreme value, even (perhaps especially) when one encounters it as a museum artifact rather than a living being. More to the point, I worry that the attention paid to these pathetic icons may not challenge our imaginations enough. Endlings may make it too easy to ignore all that is truly lost when entire species vanish. This disconnection, in turn, fosters the illusion that “resurrecting” individuals of extinct species—engineered creatures that are at best “proxies, not copies” and at worst a bizarre genetic mishmash—somehow restores the injustice or redeems the loss

And that matters because de-extinction does not recover much of what is lost through extinction. Species, distinct from individuals, are repositories of complex forms of value, reflective of long evolutionary histories and deeply entangled ecological relationships. As fellow voyagers in the evolutionary journey, de-extincted organisms will arrive with “suspiciously blank passports.” Extinction terminates much more than a life, or a collection of lives. It puts an end to a way of life, a generative process that contains within it both life and death. In this respect, as Deborah Bird Rose argued, mass extinction is a kind of double death: it is the death of “future continuities.” The irrevocable nature of double death may be obscured by the fetishization of endlings and the techno-fix of de-extinction.

The celebratory mood that often attends news of emerging de-extinction technologies betrays a facile understanding—a grave underestimation—of both loss and atonement in the context of extinction. Atonement is not a fix. As an impulse to address, or redress, harms of various sorts—transgression, loss, betrayal—atonement is not a solution to a problem. It is fundamentally gestural, as Bruce Jennings argues, for it knows itself to be wholly inadequate, and yet it must be done. For humans, who are decidedly not gods, acts of atonement are powerful and meaningful insofar as they embrace—paradoxically—the humility needed to recognize our “imminent powerlessness and lack of control.” This insight calls to mind, once more, the often confused rhetoric of de-extinction that mixes language of creaturely sin and atonement with godlike control over life and death. Pondering the incalculable loss of mass extinction ought to engage us in a religious imagination that admits of humility and limits—including our limited ability to comprehend all that has been lost—rather than grasping for increased biopower.

Lisa H. Sideris is Professor of Religious Studies at Indiana University, with research interests in science, religion, and the environment. Her most recent book is Consecrating Science: Wonder, Knowledge and the Natural World. In 2021 she will join the Environmental Studies Program at UC Santa Barbara.

Counterpoint blogs may be reprinted with the following acknowledgement: “This article was published by Counterpoint Navigating Knowledge on 23 December 2020.”