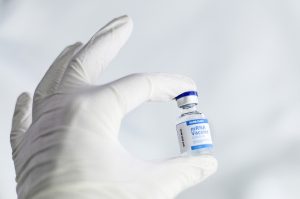 German media this week have been puzzling over the story of a vaccine skeptic who refused a jab and then signed a legal document to prevent doctors from treating him should he be stricken with Covid. The 77-year-old man, Hellmut Urban of Lake Constance, has been lambasted by some, and praised by others for his “principled” antivaccine stance. This story fascinates me for what it tells us about how people have had totally different reactions to Covid vaccines. You have to assume that when this man thinks of vaccines, he is so filled with dread, fear, and other drivers of outrage that the thought of succumbing to Covid evinces in him a less intense emotional reaction. It’s the polar opposite to how many billions felt as they waited in lines and rejoiced at the thought of their first Covid shots throughout 2021.

Often when vaccine skeptics say they don’t trust the vaccines, what they are really saying is they don’t trust the establishment or governments that promote vaccines. Perhaps even before the pandemic, they felt powerless, or lacking in control, in the face of these actors. In Germany specifically, contrarians have literally created a billion-euro business called homeopathy, which has been debunked as snake oil by almost 2,000 studies, including a former prominent German homeopathist, but continues to grow as people seek “alternatives” to research-based pharmaceuticals.

Big Pharma has not always been a responsible actor in society, but that does not mean we should throw away research-based science in favor of fake homeopathic sugar pills. Which seems to be what many anti-vaxxers are doing.

As a society, our goal should be to help citizens maintain optimal health, and during the Covid pandemic, that means maximum vaccine uptake. To revive a dialogue with anti-vaxxers, we need to listen to and acknowledge what is driving their outrage. Once we do that, we will have greater success convincing the last remaining holdouts to get jabbed.

Urban told German radio, “I am skeptical about the ‘new-fangled’ gene technology vaccines, and the political, financial, and media powers who are behind the vaccine. As a result, I decline to be vaccinated.” He implies he feels ignored or perhaps diminished by these actors in society—and almost as an act of revenge, he is rejecting them and their vaccine (even when he, clearly, could pay the price). His living will reads: “In order to prevent unvaccinated people like myself from being criticized as not acting in solidarity with the rest of society, I declare that should I be infected with a severe case of Corona, I agree not to take up a place in a hospital intensive care unit. I don’t want to put pressure on our healthcare system and I take responsibility for my own life and death.” His doctor signed his letter.

Urban is signaling his loyalty to the amorphous “German society,” while at the same time saying he rejects the vaccine made by faceless corporations working with “newfangled” science. Perhaps he doesn’t feel that the profits from vaccines will be fairly distributed. Or maybe skeptics like Urban are looking for certainty in a moment when even the best outcome is a solid risk calculation. The vast majority of people acknowledged that the risk of death from Covid was just too high to accept, and that led to a broad acceptance of lockdown measures, mask wearing, and government-funded vaccine programs. Yet a small number of people are clearly experiencing strong outrage responses to the vaccines. We need to listen to their concerns and try to let them express their fears, while not judging them for the way they feel. The way they feel is the way they feel. Calling them “Covidiots,” as many in Germany have, just pushes them farther away from the truth.

When a medical ethicist in Germany said Urban’s living will is legally sound, I worried about the signal this might send to others opposed to vaccines. And I couldn’t help but notice that television footage of Urban’s kitchen made it seem as if he lived alone in the woods. Urban insists he isn’t a Covid denialist. “When more time has passed, with more studies, it can be that I will change my mind. But now, no.” I do hope someone in Southern Germany pays him a visit in his little cottage and tries to change his mind.

Michael Scaturro is a food reporter. A former staff reporter at Bloomberg, his writing has appeared in the New York Times, The Guardian, The Atlantic, NPR, CNN.com, and on Mark Bittman’s Heated food blog.

Counterpoint blogs may be reprinted with the following acknowledgement: “This article was published by Counterpoint Navigating Knowledge on 10 February 2022.”