There’s Something Wrong With Iowa—Or With the Species? 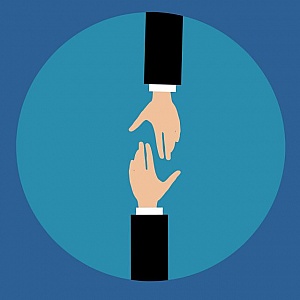 There’s something wrong with Iowa. Those of us who still think the US elections represent the will and choice of the people have spent the last few days barraged with articles telling us that something in Iowa is awry. It is the first state to have its preliminary elections, where members of each party vote, within their party, for the candidate they want to represent them in the general election, when that candidate goes up against the candidate from the opposing party.

In Iowa, these preliminaries are called caucuses because people are supposed to show up in the local high school gym and “caucus” or talk about the candidates until everyone in the room has made a decision. So in the gym, amid the tables of Coke and home-baked lemon squares, you get 23 people for Joe Biden, for instance, 27 people for Bernie Sanders, 32 people for … you get the idea. The state then tallies the local decisions, and then we know the big news: who won in Iowa. Over a period of several months, all fifty states have some sort of primary voting, which is supposed to be how each party selects its candidate for the general election.

Sounds democratic in a let’s-raise-a-barn kinda way. But then, we get barraged with reports of the Iowa problem: it’s much more rural than the rest of the country, and much (much) whiter. Here’s one article from The New York Times, which includes examples from lots of other news outlets. These white agrarians, the complaint goes, have a disproportionate effect on the election because that first “win” in Iowa ostensibly creates a snowball effect of support for that particular candidate.

Now why is that a problem?

I understand the complaint that Iowa’s caucuses are problematic because people have to physically show up in the evening of one particular day, with no other option to express their preference for a particular candidate. That disadvantages the disabled, the ill, and those who have to work late, or take care of kids or the elderly and can’t afford caretakers—which wouldn’t solve the problem, because then the caretakers couldn’t caucus. So I get why that’s a problem.

I find this puzzling for two reasons. First, progressives weren’t complaining about Iowa when the majority of Iowans voted for Barack Obama in 2008. At the time of writing, it seems that the “democratic socialist” Bernie Sanders is tied for first place with the young, gay Pete Buttigieg—both ostensibly unwelcome to white rural voters. Second, why should rural white people think their interests are different from those of other demographic groups? Now for argument’s sake, let’s say they do: Why should rural white people think they don’t need to be concerned also about other demographic groups?

That last question is a truly modern one. By modern I mean of the last ten thousand years. Prior to that, no ordinary, white, rural hunter-gatherer would have conceived of advancing only her own self-interest. As I noted in a previous post, H. sapiens for the last 200,000 years has been beset by “hypercooperativity,” as evolutionary psychologist Michael Tomasello writes (Kindle Locations 5521–5522). Cooperativity entails “behaviors that are associated with a disadvantage or cost for the actor and a benefit for the recipient” (p. 39). So white rural Iowans should not merely be concerned about benefits for others, but concerned even at a cost to themselves.

Prevailing hypercooperativity (with episodic aggression) was the hunter-gatherer modus vivendi not only within the primary group, but often between groups. In a simple example, if persons from separate hunter-gatherer bands battle each other to be the only ones to hunt a certain animal, the winner may end up with more food. But many will be downed in the fight, the capacity to overpower the animal will be diminished, and the chances increase of becoming the animal’s meal rather than making it one’s own. Cooperation may be the better strategy. Similarly, if one group raids another’s food cache, then the chances of retaliation are not trivial. Cooperation or non-engagement may again be the productive strategy. Importantly, as the amount of stored goods was negligible, one cannot assume that there was a frequent motive to raid. In their research overview, Marc Kissel and Nam Kim note that periods of the Holocene show “virtually no signs of violent conflict” (p. 155).

So with hypercooperativity as the predominant practice for 95 percent of human evolution, why do we think Iowans don’t vote with non-white, non-rural Iowans also in mind? For that, we can look to a change that occurred around 8,500 BCE: the advent of agriculture. With sedentarism/agrarianism came (i) new, regular surpluses, nearby and ever-present for plunder, (ii) surplus monopolizability by those successful in plundering, and so the emergence of (iii) substantial inequality and (iv) sociopolitical hierarchies. “Hunters and gatherers,” as the biologist Peter Kappeler explains, “forage cooperatively, share what they hunt/collect, and consume it on the spot. Agriculturalists don’t rely on cooperation; they produce surplus stock for themselves, which can be taken by force.”

The fairness/sharing norms of human cooperativity had been evolutionarily selected and successful for many millennia. Perhaps only changes in conditions as sweeping as the shift to agriculture could override them. As we’re not about to return to hunter-gatherer living, it may seem that cooperativity is gone. But it’s worth recalling a few things.

From an evolutionary perspective, 8,500 BCE is yesterday. Whatever shifts have occurred are societal but not genetic, as van Schaik and Michel explain. It’s not that H. sapiens, or Iowans, don’t think about sharing and fairness. It’s that conditions of gross resource inequality and hierarchy undermine cooperativity. If something needs fixing, it’s that.

The Iowa caucuses may need new regulations to enable the ill, the disabled, those who work at night, and those who care for kids or the elderly to participate. But in the big picture, humans did not develop to cope with the sorts of societal inequities we have today. We are living in conditions that evolution did not select. And no good can come of that.

Professor Marcia Pally teaches at New York University and is a regular guest professor at the Theology Faculty of Humboldt University Berlin. Her most recent books are Commonwealth and Covenant: Economics, Politics, and Theologies of Relationality (Eerdmans, 2016), Mimesis and Sacrifice (Bloomsbury Academic, 2019), and The New Evangelicals (Eerdmans, 2011). Commonwealth and Covenant was nominated for a Grawemeyer Award in Religion and was selected by the United Nations Committee on Education for Justice for distribution worldwide. In addition, Prof. Pally has been a columnist and contributor to US and European periodicals, including Religion and Ethics, Commonweal, The New York Times, The Guardian, Religion News Service, Die Zeit, Süddeutsche Zeitung, and Tageszeitung, among other periodicals.

Counterpoint blogs may be reprinted with the following acknowledgement: “This article was published by Counterpoint: Navigating Knowledge on 12 February 2020.”