The “Worthy Opposition”: Learning to Learn 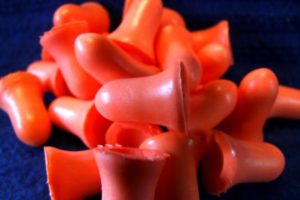 We are going deaf. We worry about political polarization, the rise of the radical right and so on, but there’s a deafness afoot that is pre-political and dangerous not only to democracy but to living with the other seven billion people on the planet.

We are losing sight of the “worthy opponent,” the person or party you disagree with but whom you see as a legitimate member of the body politic. We are forgetting how to learn how “the other side” sees things, and hammer out workable compromise—keeping in mind that a good compromise is where no one gets everything she wants.

We just had Thanksgiving in the U.S. Every sane person knows to avoid politics and religion at the holiday dinner table. Social media abound with advice to millennials on how not to get into a fight with Uncle Jack back home. So of course, at one of my holiday conversations, the topic fell to abortion, the perfect witches’ brew of politics and religion.

What struck me was this: Jane works with “pro-life” groups that help pregnant women who want to have their children but cannot afford them—a situation that accounts for about 75% of abortions in the US. These groups connect women with social services (governmental and faith-based) that offer low cost medical care, day care, affordable housing, job training, etc. Kathryn, hearing that Jane was “pro-life,” didn’t trust a word of it. A supporter of legal abortion, Kathryn was convinced that these social services pressure women into having children, making it harder to get out of poverty or low-income jobs, and are lures to convert them to conservative Christianity. Jane, for her part, could not believe Kathryn is genuinely concerned about children or women.

While the women disagree on the legal matter, what impressed me is that they also could not find common ground on measures that might both reduce abortion and help women and families—like the programs Jane works with. They both know a lot about the issue but they also have staunch pre-conceived ideas about the other’s untrustworthiness—the other as “enemy” and not “worthy opposition.” Neither could learn anything from the other.

Before Thanksgiving, I attended an interdisciplinary conference on law and political philosophy, where you might think that highly-trained lawyers and academics who chose to attend an interdisciplinary conference would be equipped to hear perspectives from outside their own fields. One legal scholar talked about the new movement among U.S. states to develop policies more progressive than the national standards of the Trump administration in such areas as environmental protection, education, and immigration.

A historian pointed out that this is true but not “new.” It has long been a feature of American politics, he noted, citing examples from the Lochner Era (1890s – 1937), when state legislatures passed labor laws more progressive than those permitted by conservative national courts. The legal scholar, who was certainly familiar with Lochner Era court cases, replied, “This phenomenon is ‘The New Federalism.’” The historian noted that it may feel “new” under Trump but historically, it isn’t. The legal scholar hunkered down, “This is ‘The New Federalism.’” He would discuss the issue only under that framework and, judging the historian to be not up on the latest “new” terminology, walked away.

Is this trip-wire antagonism “new”? Are we so quick to draw battle lines that we can’t include in discussion information that can be checked on Wikipedia? The Capulets and the Montagues? Legal scholars vs. historians? How much knowledge are we losing by walking away?

In a similar interdisciplinary setting this fall, a group of philologists were discussing how the concept of “religion” began only with mid-antiquity Christianity because no ancient Mideast texts had in fact used the word in the way Christians did. Before Christianity, the philologists held, there was “ethnos,” peoples with local gods, but no “religions.” The philologists were busy comparing various ancient Mideast documents when a historian pointed out that Judaism had been popular in the Roman Empire, with significant numbers of conversions. As people cannot convert to an “ethnos” (into which one is born) but can convert to a religion, it seems that some notion of “religion” must have applied not only to Christianity but also to Judaism.

Making matters worse—or better, if one likes different perspectives–someone from cultural studies noted that concepts as large as “religion” evolve over time, with variations accounting for local circumstances. One would not expect the word to be used in the same way in both mid-antiquity Christianity and Judaism. The variation does not mean that the idea was not present in both groups.

The philologists went on talking as though the historian and cultural studies scholar had not spoken, as though not one other word had been said.

The psychologist Carol Gilligan finds that people close off as a response to loss of relationship and connection with others (Gilligan and Snider 2018; Gillian and Richards 2018). Drawing on attachment theory (John Bowlby), she notes that relationships are necessary for survival and child development and are the deepest pleasure we humans have. If relationships are cut off or must be renounced (to avoid showing emotional dependence or in the oneupsmanship of a competitive environment), we protect ourselves from the loss and anxiety by distancing ourselves from feelings of connection and longing.

This suggests that the pre-political condition we’re in is one of loss and anxiety. Our protective responses of distancing and closing off are turbocharged and ready to fire. Is this sense of loss a response to economic uncertainty? To what I call “way of life” duress, threats to “the way things should go,” to what’s familiar and “fair”? I think it’s often both, whether the duress is present or anticipated, fear for one’s future or children. Have a look also at Steven Pearlstein’s new book.

But some sense of loss might also come from being deaf to each other, from making “enemies” of those with whom we disagree but who should still be seen as part of the body politic, as “worthy opponents” with whom we talk and work out compromises together. Ironically, the defense mechanism of “closing off” may be generating more of the loss and anxiety that requires defense mechanisms.

To be sure, antagonism is not everywhere: people still volunteer in aid agencies and spend time helping family and friends and making meals for the homeless on Thanksgiving, and every other day.

Yet we often seem ready to draw our swords. Something has shifted to a pre-supposition of distrust and antagonism. We aren’t pre-disposed to hearing or learning from each other with some sense of “being in this together.” But to address that, we’ll have to drop our distrust long enough to learn from each other about how to address it.

Professor Marcia Pally teaches at New York University and one semester each year at the Theology Faculty of Humboldt University-Berlin. Her most recent book, Commonwealth and Covenant, was selected by the United Nations Committee on Education for Justice to be distributed to “educators, academics, policy-makers… throughout the world” and was nominated for a Grawemeyer Award in religion. She is on the boards of the Berlin Institute for Public Theology and the Telos Institute and is a member of The Institute for American Religious and Philosophical Thought and the Society for Christian Ethics.

This Counterpoint blog post may be reprinted with the following acknowledgement: “This article was published by Counterpoint: Navigating Knowledge  on 28 November 2018.”