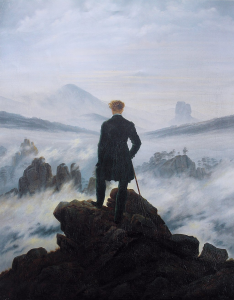 The world’s gone missing. We’ve lost it altogether. But how? It can’t be misplaced, can it, like car keys or a cell phone? Strangely, that is precisely the predicament in which we now find ourselves.

Philosophers and theologians have always disagreed about the extent to which we can know the world ‘out there,’ but we’ve rarely doubted that there is a world available to the senses about which we, with some empirical measurement, can come to some agreement. That is no longer true. It seems we’ve lost a sense of the ‘real world’ in which we live.

To disagree about matters of interpretation is one thing but to find that you can no longer agree with others about plain facts is quite another. Today, we find ourselves unable to measure our judgments against a world that corrects us when we make mistakes about it. If we say water boils at 50 Celsius, the water will tell us that we’ve erred. Scientists have established protocols by which to propose hypotheses, specify falsification procedures, and run repeatable experiments. The assumption is that the world informs us of unwarranted claims.

But today, we have serious flat-earthers, who, as the joke goes, like to boast that their numbers are growing all over the globe. Never mind the laboratory sciences; we can’t even agree about what our senses show us.

Last week, I found myself in disagreement with a self-proclaimed white centrist. He refused to believe that police forces, at the direction of President Trump and Attorney General Barr, deployed tear gas and rubber bullets to clear Lafayette Square in Washington D.C. so that Trump could be photographed outside St. John’s Episcopal Church, Bible in hand.

In spite of multiple videos of the event from manifold perspectives, I was assured that I did not see what I saw on multiple live broadcasts from the scene. Nor was first hand testimony from Episcopal priest Rev. Gini Gerbasi, who was driven from the grounds of St. John, good enough. Why not? Because, the white centrist explained, her interview was broadcast on CNN, on his view an unreliable left-wing news source.

World loss has become so extreme that Americans find themselves in the middle of multiple cognitive and ethical crises: Is human-caused climate change real? No!” say many despite nearly unanimous agreement among climate scientists. Do vaccines works? “No!” some say, even though the polio vaccine has all but eradicated polio.

Does a virus that has stolen over 110,000 American lives even exist or is it a Democrat hoax? Are mask-wearing and church-closings vital measures necessary to safeguard public health? Or are they constraints that threaten our ‘God-given’ freedoms?

Americans cannot agree despite consensus among public health experts and epidemiologists. So dire is suspicion of these sources that ER doctors and nurses report that patients are refusing to believe their own COVID positive diagnoses even as healthcare workers struggle to keep them alive.

Now, consider graver, planetary manifestations of world loss. The human species is recklessly burning through natural resources and paving the planet over with tar while despoiling air, earth, and water, bringing about the sixth great extinction. Yet many don’t believe it in spite of substantial evidence. Human beings inhale 11,000 liters of air per day per person, yet, partly owing to efforts by fossil fuel companies, many don’t believe the connections between burning fossil fuels and adverse effects on human health and the well-being of the planet.

World loss on this scale leads to nothing less than self-destruction.

Why has it become so difficult to speak truly about the world and find consensus? We are not the first generation to feel that a fissure was opening up between human beings and the world. Consider William Wordsworth’s famous 1807 poem, “The World is Too Much With Us,” which contains these prescient lines:

The world is too much with us; late and soon,

Getting and spending, we lay waste our powers;—

Little we see in Nature that is ours;

We have given our hearts away, a sordid boon!

This Sea that bares her bosom to the moon;

The winds that will be howling at all hours,

For this, for everything, we are out of tune;

It moves us not.

For Wordsworth, what “is too much with us” is the increasingly rapacious world of the capitalist industrial revolution, in which we are so consumed with ‘getting and spending’ that we are severed from nature’s splendor. The Sea “bares her bosom to the moon” and the winds howl but for naught because “we are out of tune. It moves us not.”

Human beings can only be “out of tune” if we might hear nature’s songs and respond in harmony. If this is a human capacity but we remain unmoved and cannot sing back, it is because we can no longer hear. We insist that the world has no voice but ours.

Today, we might want to re-title the poem “The World Is Too Little With Us” because we can no longer find it. We have proceeded from falling out of tune to somehow falling out of the world altogether.

Wordsworth foresaw what we are now living and dying through. The world is either enchanted, vibrant, and living or it is dead. A world without voice falls inevitably into shadow and shroud. We cannot heed what we cannot hear. We see only dead matter rather than living organism. We no longer believe that we are accountable to the singular, specific things of the world but can instead dispose of them as we see fit. Such a world—a world without trees but only construction timber—cannot hold us to account and correct what we say.

A dead world that cannot call out to us cannot be found. To it we will say and do as we please.

Already in 1942, George Orwell, writing about Franco’s fascism in his essay, “Looking Back on the Spanish Civil War,” cries out: “This kind of thing is frightening to me, because it often gives me the feeling that the very concept of objective truth is fading out of the world.” Of course. How can there be objective truth where there is no objective world? What would Orwell say, I wonder, about President Trump and his 19000+ prevarications spewed forth in 1200 days?

In the face of a fast retreating world, Wordsworth concludes with a plaintive cry to (the Christian) God: “Great God! I’d rather be/A Pagan suckled in a creed outworn…,” so that he might once more dwell in an enchanted world in which the presence of divinities suffuses natural phenomena.

Two hundred years after the poet’s cry and eighty years after Orwell’s fright, we must ask the urgent question: might we craft newer ways to see and hear the world again, newer ways to believe, newer creeds, pagan or otherwise, that will meet the needs of this desperate hour, creeds that bring us back into vital responsiveness and felt communion with nature?

One thing is clear: you cannot speak true words about a world you cannot find. We find ourselves now orphaned, truthless, and alone in a state of worldlessness. As we’ve lost sight of the natural world and feeling for it, we are reduced to nothing but our voracious appetites becoming creatures who, in Gandhi’s words, “strip the world bare like locusts.”

John J. Thatamanil is Associate Professor of Theology and World Religions at Union Theological Seminary. He is the author of Circling the Elephant: A Comparative Theology of Religious Diversity and The Immanent Divine: God, Creation, and the Human Predicament. He teaches courses on comparative theology, theologies of religions as well as a course on Gandhi and King. He is a past-President of the North American Paul Tillich Society and the founding chair of the American Academy of Religion’s Theological Education Committee. His Op-Eds have appeared in the Washington Post, the Los Angeles Times and a variety of sites online.

Counterpoint blogs may be reprinted with the following acknowledgement: “This article was published by Counterpoint Navigating Knowledge on 10 June 2020.”