Rewilding Cultures: Self and Spirituality 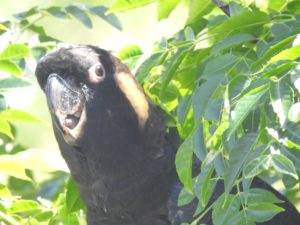 The term ‘rewilding’ is in danger of being absorbed into buzzword oblivion. Its initial radical remit tempered, popularized, and expanded to such a degree that its meaning is so multifarious it borders the meaningless. The term is slipping away into the realm of consumer trope.

Indeed, during recent conversations with a number of geographers and staff involved in species reintroduction programs many preferred to avoid the term entirely. They chose to use the expression ‘wilding,’ to encompass the species reintroduction and habitat restoration projects with which they were involved. This avoidance was not necessarily because of a critique of the environmental agendas proposed in rewilding approaches. It was due to concern about the popular perception of the term: the life it has taken on in the realm of media headlines and recreational pursuits. It appears the ‘re’ of rewilding invokes both controversy in conservation practice and ethically dubious ambitions of returning to a primal state of being human. In an ironic, but entirely predictable way, humans have co-opted the framework of rewilding that sought to minimize and reduce human impact to generate yet more opportunities for anthropocentric introspection and consumer production. Let me explain.

In the anglophone world, the term ‘rewilding’ is strongly associated with George Monbiot’s Feral: Searching for Enchantment on the Frontiers of Rewilding (2013). In a reductive gloss, the approach advocates reintroducing species, especially apex predators, and the restoration and linking habitat. Overall however, a position of minimal human management is to be enacted. Monbiot writes: “Rewilding, to me, is about resisting the urge to control nature and allowing it to find its own way,” and further, that: “The ecosystems that result are best described not as wilderness: but as self-willed: governed not by human management but by their own processes.” This description encapsulates a desire to ‘make space’ for other-than-human agents. On the part of the human, it may require, as Monbiot notes, some human intervention in regard to removing human-made infrastructure or “culling exotic species which cannot be contained by native wildlife.” Nonetheless, the overall attitudinal approach to this form of conservation practice requires a commitment to not knowing and not controlling. Enabling the other-than-human agents to exist as far as possible without human management and direction. The approach is a well-known source of both celebration and controversy in the field of environment conservation. It’s not my intention here to retell the debates and challenges from within that particular knowledge-practice field. It is rather, to consider the cultural effects of rewilding. Many rewilding cultural activities, despite their foundation in the idea of removing human dominance, have placed the human—bodies, needs, senses—as its focus. This is rewilding as a secular from of spirituality, as wellbeing and self-help practice, as tourism.

The seeds for cultural forms of rewilding accompanied conservation practices all along. It is there in the subheading to Monbiot’s volume with the phrasing, Searching for Enchantment. That is the potential for humans to experience a certain, special, type of relation with the environment. Indeed, Monbiot is cognizant of rewilding having a specifically human dimension, writing that it provides “an enhanced opportunity for people to engage with and delight in the natural world.” Ecologist and evolutionary biologist Marc Bekoff travels further along this trajectory arguing in Rewilding Our Hearts: Building Pathways of Compassion and Coexistence (2014) that rewilding is “primarily” about “opening our hearts and minds to others.” By others, he means animal/other-than-human others. Indeed, he considers rewilding a “silent, spiritual evolution.” Despite being developed in a secular context, cultural formations of rewilding have indirectly and directly taken on spiritual discourses and practices.

An example of direct association is The Art of Rewilding which offers “deep nature” experiences influenced by adaptations of Indigenous vision quest traditions (about which issues of cultural appropriation remain ethically contentious and salient). Unsurprisingly, a publishing genre of “rewilding” titles has also boomed. A plethora of titles reference techniques familiar in self-directed spiritual practices, for example: Rewilding: Meditations, Practices and Skills for Awakening in Practice and Rewilding Yourself: Discovering Your Soul’s Deep Routes Through Shamanic Practice. Here the term ‘rewilding’ signals a form of personal development, a pathway for connection with perceived lost aspects of self, the recovery of an ‘authentic’ (or ‘wild’) self as well as offering techniques for establishing significant relationships with the natural world. I am in no doubt—and indeed my opinion is of no consequence—that these practices engender significantly important experiences for participants. The reference in this context is in no way dismissive towards individual practice. Albeit the issues of cultural appropriation are not—or should not—be easily dismissed. Rather, my concern is that with the focus once again turned to the human’s needs, those of the other-than-human agents are again erased with this renewed focus on the human-self.

However, cultural rewilding programs can also connect humans to the environment via both the cultivation of different types of perceptions/ senses (that lead to experiences like enchantment) as well as different creative skills. Many of these programs focus on the revivification of vernacular knowledges and sustainable lifestyle practices. For example, The Rewild Project, in the Forest of Dean, U.K., is a non-profit social enterprise that aims to “reconnect people to nature and their ancestral heritage through arts and crafts, growing food, outdoor learning and community-building projects.” Activities range from making bowls from local clay, knitting, and crochet classes, “wild meat weekends,” and wood carving skills (to name a few). Gardening is approached through “whole system” frameworks of Agroecology and Permaculture.

However, there is an even more radical opportunity to be found within the secular spirituality forms of rewilding developing in the human-sphere. This requires combining thinking about what types of perceptual relationships between human and other-than-human subjects are being advocated by rewilding agendas and practices and linking this with Donovan O. Schaefer’s call for opening ‘religion’ to animals. What I have discussed elsewhere as “rewilding religion.”

In his text, Religious Affects: Animality, Evolution, and Power (2015) Donovan O. Schaefer rejects speciesism and redefines religion as “a massing of affects, a core response of bodies in the world prior to ideas, words, thoughts.” That is religion is no longer something explicitly tied to human language. It is not a field of life from which animals are excluded. As a “massing of affects”—forces, feelings—it becomes the purview of all life (not just human life). Schaefer claims: “a religion is a lek — a network of beacons calling out to our animal bodies.” The emphasis is on embodied relation as denoting religion and the perception of that relation. Such a presentation of religion would require humans to develop the skills to attentively listen to animals’ affective modes of communication.

Many of the secular spiritual forms of rewilding and the programs advocating for the revivification of traditional craft/life practices have at their heart the teaching of different modes of perception, ways of viewing the world. Rewilding has captured the popular imagination because of the range of different knowledges, different epistemologies that its practice evokes. This includes learning to sense the environment more keenly. If we are to honor in the cultural sphere the ‘stepping back’ of human interference that marked the original calls of rewilding as an environmental practice might we not also be required to allow the natural world to be more than a muse for individual self-development? Might we have to learn to hear the many ways in which it speaks?

Jay Johnston is Associate Professor in the Department of Studies in Religion, University of Sydney. An interdisciplinary scholar her academic work is at the interface of philosophy/religion/arts. Among her current projects is an examination of New Nature writing as an ethico-spiritual practice; the longer-term effects of wildlife tourism on wellbeing, creativity and worldview; and the legacy of antiquarian thought on concepts of place, identity and nature in Cornwall and the Scottish Highlands. She has also been obsessed for many years with ‘alternative’ perception and its rendering in academic discourse.

Counterpoint blogs may be reprinted with the following acknowledgement: “This article was published by Counterpoint Navigating Knowledge on 30 October 2019.”