Reaching for the Stars: Notes from the Magic-Detection Project 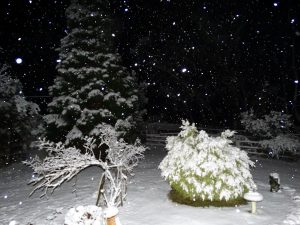 Driving from Sydney, Australia, to the desert town of Broken Hill, a thousand kilometers to the west, whether by the southern or the northern route, the numerous signposts on the way may create the impression that all roads lead to Ivanhoe. Ivanhoe (named after Walter Scott’s historical novel) is a small and isolated town in the central part of the state of New South Wales. A major cross-roads in the past, Ivanhoe can indeed be reached via a number of roads, but not many people take them these days. The closest larger (but still relatively small) town is Hay with 2400 inhabitants 200 kilometers away. The flat terrain around Ivanhoe and the absence of major sources of light pollution (i.e., the change of night-time natural light levels by artificial lighting) make Ivanhoe the perfect star-gazing destination. Whichever direction you look in Ivanhoe the horizon is filled with bright stars. “If I just walk far enough,” you are likely to feel on clear nights, “I’ll reach the stars!”

While Ivanhoe remains exceptional, in Australia, outside large cities, stars shine bright and numerous, even in regions with relative density of (human) population such as the Blue Mountains near Sydney—at least in the middle and upper part of the mountain range, in areas marked yellow and/or green on the Light pollution map of the world. In this area moonlit nights also stand in stark contrast to new moon periods. In many other parts of the world light pollution has affected the view substantially. According to the creators of the World atlas of artificial night sky brightness, over eighty percent of humans, and more than 99% of U.S. and European human residents, live under skies polluted with artificial light. One third of humanity cannot see the Milky Way, this includes 60% of Europeans and almost 80% of North Americans. The galaxy’s invisibility, which may not seriously inconvenience the contemporary human, can be detrimental to some other animals. Referred to as the “path of the birds”  in Finnish and Baltic mythology where it was believed that migratory birds used the Milky Way to find their way to Lintukoto (“home of the birds”), a warm place at the edges of the world where birds spend the winter, contemporary science has indeed confirmed that the Milky Way aids some birds, such as the indigo bunting, on their migration journey. Others use the stars for more local activities, such as finding and managing food, as in the case of the dung beetles and harbour seals. Artificial light may considerably interfere with these processes.

Generally, light pollution negatively affects a myriad of lifeforms and habitats. Moths: the major but undervalued nocturnal pollinators of flowers, their activity, variety and abundance are heavily impacted by artificial lighting. Bats: Artificial lighting exposes bats to predation, vehicle collision at street lights; bats may avoid lit areas, which as a consequence limits their foraging territory, etc. Turtles: Artificial lighting disrupts natural light cues that baby turtles use for dispersal; it can also deter nesting adults turtles. Wallabies: Seasonally breeding animals rely on the length of the day to adjust reproductive activity in order to ensure optimal environmental conditions (e.g. food abundance) in periods of peak maternal investment, which in the case of mammals is lactation. Artificial lighting can interfere with this process by making days seem longer and alter the timing of reproduction with potentially large-scale consequences. And many others.

Light pollution is a relatively new concern, the impact is probably far greater than we dare to imagine, and it’s not only land and air animals that are affected, anthropogenic lighting’s “deleterious impacts on seafloor ecosystems”  have also been observed. Human health and wellbeing too are at risk—directly through the influence of artificial light on melatonin and circadian rhythms, which can lead to various health complications including cancer, and less directly, through the loss of an environmental and sensory normative, which has contributed substantially to our organic becoming and our imaginings of endings and beginnings. “Light pollution needs to be addressed immediately,” Falchi and colleagues urge, “because, even though it can be instantly mitigated (by turning off lights), its consequences cannot (for example, loss of biodiversity and culture).”

The night sky has fascinated humans across geographical and temporal contexts. For the Indigenous humans of Australia, for example, the stars are, the Australian Indigenous Astronomy group reports, “the homes of ancestors, animals, plants, and spirits. The stars serve as calendars, a law book, and inform all aspects of daily life and culture.” If the brightest stars of the Crux constellation remind a European of a cross (hence the asterism ‘Southern Cross’), for an Indigenous Boorong person they delineate the possum. It’s not only stars that are important in the composition of celestial images and stories but also the dark places between them. The image of the emu, for instance, lies predominantly in the inter-stellar space and as such is largely invisible in contemporary cities. 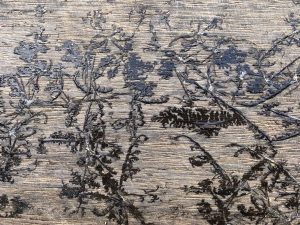 The closest I have ever come, with my modest photographic equipment, to the image of the Ivanhoe stars, was one recent snowy evening as I was trying to capture snowflakes in our front yard. Ironically, it was the artificial light of the camera flash to enable the photo in its current form. The image has inspired a photographic project of documenting nature’s magic around me. I started to collect old images I had taken of the skies, of the land and everything in between, in a special folder. So much one finds if one looks. Like these crystal formations on the front steps one winter morning.

Summer has its magic too, as do other seasons. I discovered that if, in summertime, in the late afternoon, I stand in the middle of the paddock (which belongs to my rescued sheep) facing east with the sun behind me and swivel the water hose in front of me, we— the water and I, forms and remnants of old stars, with the aid of light from an active one—can create a perfect rainbow circle, over and over again. I used to feel sorry for those animals who can’t see our rainbow the way we do, until I realized there are so many types of rainbows, and so many other beautiful and valued things that humans can’t detect but others do. A wealth of senses and agencies to speak to them.

The purpose of the magic-detection project is to cultivate greater sensitivity to the world around me, and to encourage others to do the same, so that together we can preserve what still can be preserved. Not only for human posterity. It’s not all about us.

Teya Brooks Pribac is an independent scholar and multidisciplinary artist, living in the Australian Blue Mountains with sheep and other animals. Her latest publications include the Nautilus award winning monograph Enter the Animal: Cross-species Perspectives on Grief and Spirituality and the recipe collection Not Just Another Vegan Cookbook.

Counterpoint  blogs may be reprinted with the following acknowledgement: “This article was published by Counterpoint: Navigating Knowledge on 3 October 2022.”