Political Counterpoint — for the Election and Beyond 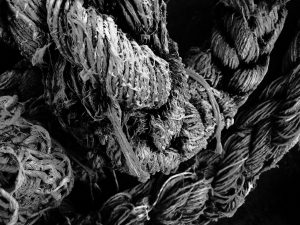 Counterpoint: now there’s an inviting metaphor for political engagement! Imagine politics as a music of diversity, of contrasts effecting a vibrant complexity, a perspectival interplay that comes to the edge of contradiction but then enfolds the tension in a dynamism of difference. Even of the difference between this nation’s parties.

No, that is not present politics in the U.S. Such a relationality of contrast would imply the sort of opposition that could on occasion be worked into a national sonority of “us.” But that is not the U.S. “us.” Instead “we” hope, I hope, for points and counterpoints effecting strategic harmony within one party. One seeks a pragmatism of solidarity across difference that reaches past the edges of one party’s two poles to embrace those just beyond its usual members. For Democrats, that means a stretch from edgy “progressives” and “the radical left” to the vacillating “swing vote.” Its swing, crucial to this historic moment, can and must rock with the tempo we need now if we are to pulsate—beyond any victory march—into the intensified counterpoint of a sustainably shared future.

Now:  this eerily critical present moment. As I write, I do not know whose victory march will issue from the U.S. election. Like most Democratic voters I encounter, I am barely permitting myself “hope” of a Biden/Harris victory. “Hope as a rule doth make many a fool,” as the great theologian of hope Jurgen Moltmann quipped over half a century ago (amidst the fragility of hope in post-Holocaust Europe). The promising polling guarantees no outcome at the actual polls. And when the outcome comes out, what will happen then?

Regardless of who wins the U.S. presidency, the coronavirus will continue to ride the fourth horse of the apocalypse across our world. In its U.S. gallop, the virus inhibits social solidarities while exacerbating the economic and racialized inequalities entrenched in the very foundations of our so-called democracy. As I finish this blog, we learn that now in the U.S., one person tests positive for the coronavirus every second. And whether the party of science denialism wins or loses, the climate won’t stop changing. Biden does now “get” it, and indeed risked calling for the supersession of the oil economy by renewable energy.

But if we—across the differences of the Democratic spectrum—do not continue to push hard and harder post-election on the fronts of the environment, the chance for any sustainably shareable future will be lost. It will not suffice to reverse the Trump deregulations. For we already find ourselves in the period of last chances to halt climate change. It’s in part because of this that I wrote my forthcoming Facing Apocalypse: Climate, Democracy and Other Last Chances.

That means that we must gather our points and counterpoints into an ever stronger field of reciprocal resonance. This requires what Black feminists have long called intersectionality—the interlinkage of multiple issues like race, sexuality, class, and ecology into solidary rather than solitary struggles. No electoral victory will cure the crises that have been coming glaringly to light: crises in planetary health and social justice with their defining histories of colonization, slavery, white supremacism, and the dominance of “Man.”

But a Democratic victory might more honestly reveal the crises. That would bring us to true apokalypsis, meaning revelation not of the end of the world but of the perilous edges of our present time. And its last chances.

To reveal the intersections of historical trauma such as racism and colonialism is a work of dis-closure, not closure: it opens the possibility of renewed solidarities for social and planetary betterment. In other words, honest revelations foster no smug closure. The revelations of Black Lives Matter play in counterpoint, not in contradiction, to all else that matters. They open the possibility—the hope—for deep renewal across multiple registers of life.

To do the intersectional work of renewal means to weave change on the social loom of a humanly and non-humanly complex world. Indeed, the word “hope” in Hebrew, tikva, derives from the verb qava, which means the combining of multiple strands and coiling them into a “single, much stronger cable.” The collecting and coiling signify the gathering up of hope. In other words, this ancient sense of  “hope” evokes the interweaving of a rigorously relational strength gathered collectively, indeed covenantally.

The anticipation—indeed hope—that our struggles can make the needed difference has little to do with false assurances, supernatural or secular. I appreciate that many of my most sensitive and radical students now find “hope” a delusional embarrassment, no different from blind optimism. But without the hope that my work can help to make needed difference, truly I will eat, drink, and, merrily or not, prepare to die.

So when “hope” feels too passive, misty, or deluded, try tikva instead: do some ecopolitical weaving. Do some collecting of perspectives and relations local and planetary. For the intentional toil of coiling our intersecting differences strengthens us for transformation. For its struggles already participate in the satisfactions, spiritual and social, of solidarity. The composition of a shared and sustainable world, maybe even of American democracy, gathers strength from the cords, indeed the chords, of gathered differences. But the planetary collective of life, for all its polyphony, will not much longer host our platitudes of polarization or paralysis.

Catherine Keller is George T. Cobb Professor of Constructive Theology in The Graduate Division of Religion, Drew University.  Her books include From a Broken Web;  Apocalypse Now & Then: a Feminist Approach to the End of the World;  God & Power;  Face of the Deep: a Theology of Becoming; On the Mystery;  Cloud of the Impossible: Negative Theology and Planetary Entanglement; Political Theology of the Earth: Our Planetary Emergency and the Struggle for a New Public.   She has co-edited several volumes of the Drew Transdisciplinary Theological Colloquium, including Entangled Worlds: Religion, Science and the New Materialism.  Her new monograph, Facing Apocalypse:  Climate, Democracy and Other Last Chances, is forthcoming.

Counterpoint blogs may be reprinted with the following acknowledgement: “This article was published by Counterpoint Navigating Knowledge on 31 October 2020.”