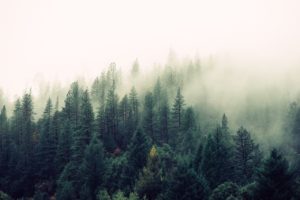 For most non-specialists, much information about the natural world is drawn from newspapers, TV, and popular books. Even scientists are influenced by those sources. Another source of knowledge, however, and a thoroughly underestimated one, is literature—historical fiction, novels, poetry, and popular books by scientists who translate specialized knowledge into everyday language.

What is fascinating about this diverse field is its capacity to transgress the boundaries of what we in the twentieth century learned to call the “exact sciences.” In several ways, it forms a counterpoint to scientific knowledge. It allows scientists to express dimensions of their knowledge that quantitative reductionist forms cannot, sometimes serving as a “poetic critique” of today’s scientific method. Novelists and poets convey intricate knowledge about the natural world that is best grasped through art. This endeavor goes back to nineteenth-century Romanticism; it is a revival of what Amanda Jo Goldstein calls “poetic science” or, alluding to William Blake, “Sweet Science.”

Rachel Carson, the celebrated scientist who put the need for environmental action on the agenda with her Silent Spring (1962), wrote a number of poetic books, in which she linked biological expertise with spiritual dimensions of awe, reverence, and wonder. In The Edge of the Sea (1955), we read: “To understand the life of the shore, it is not enough to pick up an empty shell and say ‘This is a murex,’ or ‘That is an angel wing.’ True understanding demands intuitive comprehension of the whole life of the creature that once inhabited this empty shell.” What is at stake is the deeper meaning of scientific understanding, which includes emotion and spirituality. “The meaning haunts and ever eludes us, and in its very pursuit we approach the ultimate mystery of Life itself.”

In a very similar way, Barry Lopez weaves science and poetry together. In his award-winning book Arctic Dreams: Imagination and Desire in a Northern Landscape, he points out that as a result of “a rational, scientific approach to the land” we tend to overlook other dimensions of the landscape, “and what is lost is profound. The land is like poetry: it is inexplicably coherent, it is transcendent in its meaning, and it has the power to elevate a consideration of human life.”

The attitude of the scientist is one of vulnerability and humility. Among the most often quoted passages from Arctic Dreams is the bowing ritual Lopez developed from observing a horned lark. He bows, he explains, to “an expression of allegiance with the mystery of life.”

Carson would have agreed with that—and probably also with Lopez’s response to a collared lemming: “In a heedless moment, years from now, will I remember more machinery here than mind? If it could tell me of its will to survive, would I think of biochemistry, or would I think of the analogous human desire? If it could speak of the time since the retreat of the ice, would I have the patience to listen?”

Such receptivity is a frequent approach to nature in poetry and literature. One may think of Hermann Hesse’s 1904 poem “Manchmal” (“Sometimes,” in an English translation), which evokes an almost shamanic connection to the more-than-human world. But Carson, Lopez, and others demonstrate that scientists themselves use literature to convey a deeper and more complete understanding of the natural world. Peter Wohlleben, for one, caused a sensation with his 2015 book, The Hidden Life of Trees: What They Feel, How They Communicate.

Poetic science gets even more complex when novelists and poets elaborate on scientific knowledge by weaving it into art. For instance, the science of “new forestry” that Wohlleben promotes figures prominently in Richard Powers’s bestselling novel The Overstory, about the communication among humans, trees, and all other living things. The trees offer a long-forgotten knowledge. Nature has something that is hard to describe. “Purpose. Will. A kind of awareness—something so different from human intelligence that intelligence thinks it’s nothing.” But “[t]he whole wide universe waits to be animated” and enlightened by the knowledge of trees. That’s a different kind of truth, though. “Like Enlightenment, but without the glow.” Powers acknowledges how much he worked academic knowledge into his fiction, including what Bron Taylor calls “dark green religion,” or the veneration of nature’s intrinsic values and life force (see now also Taylor’s response to Powers’s interview).

Another artist engaging with science is Ursula K. Le Guin. One of her last appearances was a keynote in 2014, in which she critically addressed the concept of the “Anthropocene.” She suggests: “One way to stop seeing trees, or rivers, or hills only as ‘natural resources,’ is to class them as fellow being—kinfolk.” Poetry, Le Guin argues, is the human language that conveys the knowledge of trees, rivers, and stones. Science describes things from the outside, poetry from the inside. Both sides are important, but we need both to get the full picture.

Le Guin does a perfect job showing this in poems such as “The Canada Lynx,” which juxtaposes humans—who “know how to know” and “how to multiply”—to the Canada Lynx, who knows “how to leave no track, no sound, no shadow. How to be gone.” In just nine lines, she addresses the topics of overpopulation, reductionist philosophy and science, anthropocentrism, and the mass extinction of species—making this knowledge available in a way that science could never do.

What does all this mean?

If we want to understand how orders of knowledge in today’s societies are established, legitimized, and changed, we will have to include fiction and poetry in our investigation. Science doesn’t have (and has never had) the authority to determine standards of knowledge by itself.

Scientists and other academics should be trained in literature and poetry (as Alissa Jones Nelson argued on this blog). They should expand their empirical methods and let themselves be contrapuntally inspired by the poetic sciences of the nineteenth century that reappear in writings by authors like Carson and Lopez.

This Counterpoint blog post may be reprinted with the following acknowledgement: “This article was published by Counterpoint: Navigating Knowledge  on 20 Feb. 2019.”