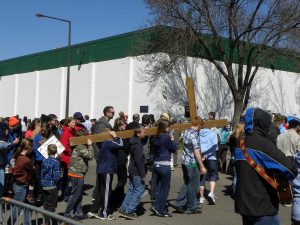 White evangelicals comprise a full 25 percent of American voters. Many have supported Vladimir Putin, both before the invasion of Ukraine and since. In 2015, Franklin Graham (son of Billy Graham, leader of post-war American evangelicalism) told the Russian press that “millions of Americans would like him [Putin] to come and run for president of the United States.” This year, televangelist Pat Robertson said Putin was “compelled by God” to invade Ukraine in order to precipitate the apocalypse. The recent leak of US Supreme Court documents rescinding the legality of abortion has highlighted the assumption that white evangelicals are not only authoritarians (embrace of Trump and Putin) but that abortion drives their vote.

Neither of these is true. In fact, 46 percent of white evangelicals opposes the overturn of the 1973 decision, Roe v Wade, granting the right to abortion. In 2016, the factors most important in determining evangelical choice of presidential candidate were the economy and national security. Abortion was most important for half as many evangelicals; LGBTQ matters, for roughly a quarter. In 2020, the economy was again the highest priority, followed by the Covid-19 pandemic.

Yet, white evangelical support for Trump rose from 81 percent in 2016 to 84 percent in 2020. Why? If it wasn’t for abortion or strong-men, what makes Trump-style populism seem best to this religious group?

Populism is a response to way-of-life, status loss, and economic duresses that finds relief in us-them frameworks. These are fed by historical notions of society (who’s “us,” who’s “them”) and government (its proper size and role).

Many of the duresses white evangelicals face are like those confronting other Americans, like dimming economic horizons, changes in gender roles, technology, demographics, and fear of losing a secure place in society. Other stressors bear specifically on white evangelicals, including membership loss and fear of religious life being trounced by secular government in an increasingly liberal society. Think gay marriage. More than two million have left the Southern Baptist Convention since 2006.

Under duress, the usual focus on one’s own group shifts self-protectively to constraining an “other” thought to be the source of duress. “The more stressful the situation,” psychiatrist Vamik Volkan writes, “the more neighbor groups become preoccupied with each other.” Determining which neighbor to target is grounded in tradition. Rooted in our respected past, notions of us-them feel “natural” and “right.”

America’s longstanding ideas about society and government begin with covenantalists like the Puritans and other “dissenters” who didn’t conform to Europe’s state churches. They saw society as a Hebrew Bible covenant, reciprocal commitment among persons and with God. Should a ruler violate covenant, he could be removed. As covenantalists, the ancestors of today’s evangelicals had strong community commitment and a wariness of princes, church authorities, and outsiders who might disturb their way of life. Persecution by monarchs and official churches further honed their wariness of government and outsiders. Additionally, holding to the fallenness of human governments and personal moral responsibility (rather than following priestly authority), they believed each individual must come to her own moral reckoning–a belief that again encouraged wariness of authorities and outsiders.

Evangelicals had not only a political grounding in government- and outsider-wariness but a doctrinal one. With this double caution, they became prime builders of America’s self-reliant republic. By 1850 evangelical churches had double the employees, twice as many facilities, and raised three times as much money as the post office, the largest US government office.

The late nineteenth century, however, saw challenges to the place of white evangelicals in society, beginning with industrialization, urbanization, changing social norms, and the scholarly Historical-Critical school of biblical exegesis, which threatened to unseat America’s grassroots but untutored understanding of the Bible. Darwinism led to the 1925 Scopes Supreme Court case permitting the teaching of evolution in public schools. In 1962, the Supreme Court ruled school-led prayer unconstitutional. The 1964 Civil Rights legislation and Great Society social service programs expanded federal government. Then came the sexual revolution and the feminist and gay right movements. In 1973, abortion was legalized. In 2015, the Court ruled gay marriage constitutional. Today, 79 percent of Americans and 65 percent of Republicans support anti-discrimination protections for LGBTQ people, furthering evangelical fears of marginalization by a secular state and liberal society.

In the us-them shifts that accompanied this accumulating duress, commitment to community became self-protective, my-community-in-struggle against “outsiders” (new immigrants, minorities). Wariness of oppressive government/elites became suspicion of government/elites per se, whose activities should be limited – except to constrain “outsiders.”

The irony of populism is that the very anti-authoritarianism and community building that contributed much to American vibrancy and that are bequeathed to evangelicals by history and doctrine as the ethical life may under distress turn to exclusionary, us-them defense.

The 1980s “New Right” promised relief: small-government-ism, religio-moral conservativism, resistance to “outsider” disruptions of local ways, and anti-communist foreign policy to defeat the biggest of big (atheistic) governments. Understanding this as the ethical path, white evangelicals have given majorities to Republican candidates since 1980. Two thirds voted for Ronald Reagan, whose priorities were reduction of government through tax cuts and business de-regulation plus exhausting the USSR by outspending it on arms. In 2000, 79 percent voted for G.W. Bush, whose major domestic achievements were again tax cuts and business de-regulation.

This is not an anti-abortion vote with Republican small-government-ism as a tag-along. It’s a small-government political and economic stance. Making Bush’s tax cuts permanent was a legislative priority for the Christian Coalition, the largest evangelical umbrella organization of the day. Evangelical support for Bush rose 10 points between 2000 and 2004 without any national legislation limiting abortion even when the Republicans controlled the presidency and Congress.

Wariness of government and “outsiders” sharpened with twenty-first century economic and other duresses and the election of the country’s first African-American president. Obama increased the presence of minorities in authoritative positions and expanded the role of government in business regulation and social services. Evangelical radio-host Eric Metaxas responded with traditional animus towards Washington and “outsiders”: “Beltway [Washington D.C.] and Manhattan elites” he said, perpetrate a “new and accepted tribalism and xenophobia” upon “white European ‘Christian’ varieties” of people. White evangelicals–sporting signs like “Jesus is my savior, Trump is my president”–joined the Jan. 6, 2021 riot at the US Capitol, claiming the 2020 election had been stolen from Trump by a corrupt “deep state.”

Here, ironically, is where Putin comes in. Though as ex-KGB, he’s about as “deep state” as one can get, his support for conservative Christianity looks to many white evangelicals not like authoritarianism but like the fight for the freedom to be Christian against the tyranny of the secular. The key word, as always for Americans and America’s white evangelicals, is “freedom.”

When Trump first ran for president, white evangelical wariness of (liberty-quashing) government and “outsiders” was not new. But it was enlivened by those who tapped into and reinforced suspicion of America’s traditional “thems”: the “deep state,” the D.C. “swamp” and its “fake news” elite media, “Mexican rapists,” “Muslim terrorists,” and foreigners who cheat America in trade. White evangelicals triage concerns about government and “outsiders” with religious issues, like abortion.

White evangelicals will remain active in efforts to eliminate abortion where it remains legal. But equally important in politics is the politician’s tactic of animating us-them anxieties for electoral success. This is called “hunting where the ducks are.” It has a tragic cast. Solutions emerging from us-them shifts are based on the distortions that duress itself prods—from community to exclusion and from wariness of oppression to wariness of government. And no good solutions come from that. So, the original duresses remain, to the harm of the distressed communities and to prod further rounds of us-them anger.

Prof. Marcia Pally teaches at NYU and held the Mercator Guest Professorship in the theology department at Humboldt University-Berlin, where she remains an annual guest professor. Her latest books are White Evangelicals and Right-wing Populism: HOW DID WE GET HERE?, From This Broken Hill I Sing to You: God, Sex, and Politics in the Work of Leonard Cohen, and Commonwealth and Covenant: Economics, Politics, and Theologies of Relationality.

Counterpoint blogs may be reprinted with the following acknowledgement: “This article was published by Counterpoint Navigating Knowledge on 18 May 2022.”