How the Soul Became Consciousness 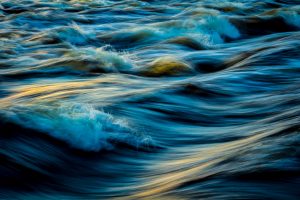 The soul is a strange thing. Depending on which expert you trust, you might regard the soul as the immaterial essence of our existence, as a material substance wired into our bodies, or neither, because the soul is too vague to define in the first place. The latter is the prevailing opinion in most contemporary psychology—in its attempt to be accepted as an ‘exact science’ built on experimental methods, psychology discarded the soul after the 1940s, and you won’t even find an entry on ‘soul’ in psychological dictionaries anymore.

One hundred years ago, things were very different. The soul was a key term in learned debates across disciplines in Europe, from psychology and philosophy to the natural sciences, medicine, art and literature, and even politics. So, what happened to the soul in the twentieth century? And can this history help us to better understand the intersections of science, philosophy, spirituality, and art today? I think so.

The words for soul in Greek (pneuma), Latin (anima), and Sanskrit (atman) refer to breath and to life itself. Ancient philosophers such as Plato and Plotinus were interested in the human soul as a representation of the cosmic soul. This idea continued to fascinate leading thinkers all the way up to the beginning of the twentieth century.

Wolfgang Pauli, for instance, who received the 1945 Nobel Prize in physics, argued that metaphysics is an integral part of physics. He described the emergence of the new non-deterministic physics as the return of the ‘world soul,’ or anima mundi, which had been rejected in the seventeenth century. Pauli made this argument in a book he published with the psychologist Carl Gustav Jung in 1952. Both Jung and Pauli saw the anima mundi as a bridge between psychology and the natural sciences, especially quantum mechanics. Jung repeatedly used alchemical terms to illustrate this, and even identified the world soul with the collective unconscious.

Other influential thinkers tried to integrate the world soul in entirely naturalistic terms, to relieve it of any traditional religious baggage. Ernst Haeckel—the biologist who, as early as 1866, had coined the term ‘ecology’—defined the world soul as a “psycho-physical principle” which he called psychoma. In his last book with the enigmatic title Crystal Souls (1917), he maintained that the world soul “is one of the three ‘essential attributes’ of all substance; everywhere it is inseparably connected with the two other basic properties (energy and matter), both in organic (‘animate’) and in inorganic (‘inanimate’) nature” (p. 96).

After World War II, we see a short period of a radical turn to ‘secularist’ ideologies and reductionist experimental science. This is when the soul left the universities. However, the debates that had inspired the early twentieth century reemerged in the 1960s, largely thanks to what is known as the ‘transpersonal movement.’ Transpersonal psychology turned Jung’s idea of the collective unconscious into concepts of cosmic consciousness, which transgresses the boundaries of the human being. As David Kaiser says, in a way “the hippies saved physics” because scientists such as Fritjof Capra, David Bohm, and Nick Herbert gave quantum mechanics a mystical twist, enabling individual human consciousness to merge with cosmic consciousness by means of mystical experiences. Robert Ornstein, Stanislav Grof, Joan Halifax, Charles T. Tart, and others helped establish this link between the individual soul and the world soul—which they called cosmic consciousness—in a new cultural setting. They defined psychology as the ‘science of consciousness.’

As soon as we replace the term ‘soul’ with the term ‘consciousness,’ it can easily be combined with scientific narratives. It can even grow into new grand narratives, such as in Richard Dawkins’ and Edward O. Wilson’s “mythopoetic science.” These big stories, as Lisa H. Sideris explains, “define humans as the part of the universe that has become conscious of itself. Humans’ dawning geological consciousness, combined with empirical knowledge of nature, will enable us to guide the future unfolding of the cosmic process, allowing our species to live in greater intimacy and harmony with the Earth” (p. 5).

Finally, this snapshot should also include new directions in biology and ecology that reckon with the consciousness of plants and even the planet in a way that is very reminiscent of ideas about the world soul. Today these ideas seem to have gone mainstream, as we see in the popularity and critical success of books such as Richard Powers’ The Overstory. In an interview, Powers acknowledged that the book “is indeed filled with what Bron Taylor would call dark green religion. But in most cases, it’s a religion without metaphysics, which is something that even the religion of humanism can’t always claim! Tree-consciousness is a religion of life, a kind of bio-pantheism.”

All of this tells us a lot about the web of meaning Euro-American culture has woven around the animated world—an ensouled web that combines science, philosophy, spirituality, and art.

In a recent article about the nineteenth-century scholar Gustav Theodor Fechner, Nicholas Cannariato notes that “the closest approach to the soul for many without recourse to religious reassurance is ‘consciousness,’ though this may amount to no more than replacing one word with another.” Indeed, just like ‘spirituality’ has replaced ‘religion’ in this same cultural arrangement, consciousness is the new way of linking the human soul to the more-than-human world. In our species, the longing for cosmic meaning and connection never dies.

Kocku von Stuckrad is one of the co-founders and co-directors of Counterpoint: Navigating Knowledge. As a Professor of Religious Studies at the University of Groningen (Netherlands), he works on the cultural history of religion, science, and philosophy in Europe. He lives in Berlin. A revised English version of his recent German book about the topic of this blog post will be published as A Cultural History of the Soul: Europe and North America from 1870 to the Present by Columbia University Press (spring 2021).

Counterpoint blogs may be reprinted with the following acknowledgement: “This article was published by Counterpoint Navigating Knowledge on 23 June 2020.”