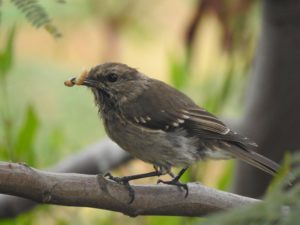 In casting around for my next “bedtime book,” I selected the five hundred paged tome Call of the Reed Warbler: An New Agriculture, A New Earth (2017) by Charles Massey. I knew zilch about agricultural theory and practice apart from some of the ethical and spiritual beliefs that inform bio-dynamic farming. I do choose to live in a pesticide-free household, which means I have either to catch and take outside the huntsmen spiders that visit or to live with them. So I do keep half an “antenna” tweaked to developments in organic farming—and it was this interest that led me to Massey’s book.

What a treat it turned out to be.  I have been humbled by the intellectual and everyday bravery that shines throughout the volume. This is a book about agriculturalists that had the courage to implement in their farming worldviews vastly different from those they had grown up with and in which they had been trained. They invested money, time, and reputations on being and producing in the world differently.

As the author blurb tells me, Charles Massey, OAM (Medal of the Order of Australia) is renowned in the sheep farming community for his merino stud and for his prominent roles in various research organizations and wool boards. His concerns about land degradation, grounded in his own farming experience, led to the completion of a PhD in Human Ecology and the book, Call of the Reed Warbler. This volume both traces the development of regenerative agricultural practice in Australia and outlines its foundational worldviews. While I may quibble with some of the language and dualisms—the gendering of nature as inherently female, for example—the book’s presentation of the impact changes in knowledge systems can produce is awe inspiring. Compacted dirt no longer capable of even retaining water can be revived and transformed into rich, vibrant, productive pasture.

Significantly, Massey’s explanations and arguments are supported by numerous interviews with farmers and agricultural consultants. These interviews voice pain and exhilaration, frustration and fear, disbelief and hope. One told of a stark and simple realization: “No. this isn’t working.” Massey describes how among these traditional farmers—very often inheriting a family property or managing enormous outback stations of vast size—some were brought to their knees financially, emotionally, and physically by drought, flood, fire, tree dieback, or any number of other devastating imbalances in the landscape ecology. It is often at this point that they were brave enough to take on an entirely different approach, learning to see the landscape differently and to farm in ways that engender regeneration.

This profound re-orientation at times resulted in ostracization from the local farming community and being labelled at best “strange” and at worst, outright “bonkers.” For some, the shift in farming included the incorporation of spiritual worldviews and alternate “energy” practices such as dowsing, where a rod or stick is used to locate underground water. For all the farmers, it required acknowledging the agency of the environment and giving up modern agricultural practices focused on dominating the land. Massey identifies Five Landscape Functions (Solar-Energy; Water; Soil-Mineral; Dynamic Ecosystems; and Human-Social) and describes the ways in which farmers have worked with them to address diminished capacity and to restore land productivity. It is a holistic system, with every aspect from soil microbes, water course design, crop and livestock rotation to sunshine are acknowledged as interdependent.

Massey emphasizes that Regenerative Agriculture requires a “distinctively holistic approach to knowledge” and working—with the environment, a dialogic or reciprocal, almost conversational relationship with it. He reflects: “In the case of the best regenerative agriculturalists I have met, this mysterious relationship between humans, animals, plants, and the landscape constitutes a true interactive dialogue: each appearing to be learning from the other.”  This dialogue results in more than just different farmer-land relations and agricultural outputs. Regenerative Agriculture that develops nutrient rich sustainable food sources is also an issue affecting public health and social equity.

In recent years there has been a new vogue in “new nature writing”—non-fiction, but creative, poetic accounts of an individual’s intimate relationships with a specific environment—and there are certainly heart-felt lyrical passages in Massey’s book where he expresses his relationships to his farm and its flora and fauna. Yet, for him, “nature-writing” is the “indivisible partnership” between farmer and land. The book is both programmatic and philosophical. As Sam Vincent, one of the book’s endorsers, remarks, it belongs on the shelf amongst Australia’s other great nature writers and also “in the back of the ute beside the pliers, the fencing strainers and the kelpie.” In a rural Australian context, there is no greater praise.

Jay Johnston is Associate Professor in the Department of Studies in Religion, University of Sydney. An interdisciplinary scholar her academic work is at the interface of philosophy/religion/arts. Among her current projects is an examination of New Nature writing as an ethico-spiritual practice; the longer-term effects of wildlife tourism on wellbeing, creativity and worldview; and the legacy of antiquarian thought on concepts of place, identity, and nature in Cornwall and the Scottish Highlands. She has also been obsessed for many years with ‘alternative’ perception and its rendering in academic discourse.

This Counterpoint blog post may be reprinted with the following acknowledgement: “This article was published by Counterpoint: Navigating Knowledge on 27 March 2019.”