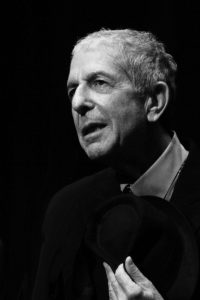 It feels like the whole thing is falling apart. Not just a tragic news story here or there but the whole network of human-human and human-planet interactions that makes life as we know it. Kaboom: Haiti, Afghanistan, unprecedented flooding, ditto for fires, the 19-year-old Covid-vaccinated granddaughter of a colleague gets Covid and epileptic seizures—and it’s not like we’ve addressed the tragedies in Yemen, Syria, Lebanon, of racism, human trafficking, substance abuse… I could go on. So could you.

It seems we are a species just intelligent enough to kill ourselves off, to the relief of the rest of the planet.

At a Board of Supervisor’s public meeting in California, one guy protested against the Covid vaccine by saying that Saturn is in the same position as it was at the time of the American Revolution and that those who approve of the vaccine were “the red coats,” the British. Are you following the logic of this? Furthering the anti-vax freedom theme, a woman at the same meeting sang from the musical Les Miserables, “Do you hear the people sing/singing a song of angry men?/It is the music of a people/Who will not be slaves again.” This ostensibly makes sense because getting the vaccine is “slavery” and not getting it, freedom—as, presumably, is infecting others and dying from Covid-19 yourself.

The species H. Sapiens has long known of the inter-connected nature of things on our planet. One way SARS-CoV-2 got into the human population was through farms or markets where animals not normally living among humans were warehoused and sold as exotica. Covid-19 affects communities of color far more than wealthier, white communities.

But this week, it seems that the world is getting increasingly frustrated with us H. sapiens and is substantially driving the message home.

It’s despairing, and the summer rosé I usually employ as antidote wasn’t doing the trick. So I turned to that great rabbi and soothsayer, Leonard Cohen, for wisdom (and booze recommendations; apparently, Château Latour was a Cohen favorite).

If there’s anyone who understood the inter-connectedness of the cosmos and the tragedy of our breaching it, it was Cohen. Through the Jewish tradition that he plumbed all his life, he understood covenant—begun with Adam, Noah, the biblical Patriarchs, and the way of the species ever since—as a foundational commitment with God and among persons and creation. Bonds with God and with world are inseparable: covenantal commitment to world is part of covenant with God, and covenant with God sustains us in commitment with world. Such is the structure of the Ten Commandments, the first three of which pertain to relationship with God, the rest, seamlessly, to life in world.

Here is Cohen in commitment to God: “We are made to lift my heart to you [God]…travel on a hair to you…go through a pinhole of light… and fly on the wisp of a remembrance” to you (“Not Knowing Where to Go”). And here he is in thrall with a woman, from a song that has gripped us since 1967: “And you want to travel with her, and you want to travel blind/And then you know that you can trust her/For she’s touched your perfect body with her mind” (“Suzanne”).

But Cohen also knew himself to be a covenant fail-er par excellence, desirous of relationship with God and other persons (passionately, with women) and unable to sustain them. Fearful of being subsumed, he bolted. Rinse and repeat, as Babette Babich has said (p. 50). “In My Secret Life” ends with Cohen noting that he’s too chilled, “crowded,” and icy to make room for anyone. And he mourns the loss that he authors.

He—we—author it owing in part to pride. “When the heart grins at itself,” Cohen writes, “the world is destroyed. And I am found alone with the husks and the shells. Then the dangerous moment comes: I am too great to ask for help” (“When I Have Not Rage”).

Importantly, we author our own losses believing that the very engagement we desire threatens intactness, which we need to be us and simply to be—or so we think. The openness to others and world threatens existence, or so we feel. In “Joan of Arc,” Cohen, relying on the kabbalist image of God’s love as shards of light, writes: “Myself, I long for love and light/but must it come so cruel, must it be so bright?”

The brightness of our need for connection illuminates—and exposes—our porousness. We are not safely intact in our sealed bodies, tucked into the membrane of control. We are not in charge of persons or planet. We are needy of them, and in terror of our necessary dependence, we bolt. “Night Comes On” contains one of Cohen’s most self-aware admissions: “I needed so much to have nothing to touch/I’ve always been greedy that way.”

Cohen also understood how often we call our defenses against vulnerability “freedom”—circling back to the Board of Supervisor’s meeting mentioned above. “They’re selling freedom everywhere,” Cohen sang on his 2009 world tour, “it’s flying off the shelf/Yeah, they’re selling freedom everywhere but love, that’s something else” (“Feels So Good”). Love, commitment to persons and planet, is indeed something else. It is the way of the cosmos. But in fear, we’re buying the exit of “freedom.”

We breach or ignore our necessary connectedness in our personal and political lives, a Cohen insight especially helpful this week. In “The Future,” he writes,

Give me absolute control
Over every living soul…

Take the only tree that’s left
And stuff it up the hole
In your culture…
I’ve seen the future, brother
It is murder…

I’ve seen the nations rise and fall
I’ve heard their stories, heard them all
But love’s the only engine of survival…

Cohen’s “Everybody Knows” is an homage to our unavoidable embeddedness in world. It begins with politics:

Everybody knows the war is over

Everybody knows the good guys lost

Everybody knows the fight was fixed

The poor stay poor, the rich get rich.

Cohen then slithers into the unfaithfulness of love:

Everybody knows you’ve been discreet

But there were so many people you just had to meet

And he moves to the betrayed God, creator of the world, who was abandoned at Calvary and is discarded again daily:

From the bloody cross on top of Calvary

To the beach of Malibu

Take one last look at this Sacred Heart

We betray God and creation on the cross and on beautiful beaches. With covenant thrice trounced, in politics, love, and faith, the world is ready to blow. Indeed, what bonds remain to keep it together if covenant is thrice done for?

Professor Marcia Pally’s most recent books are: From This Broken Hill I Sing To You: God, Sex, and Politics in the Work of Leonard Cohen (2021), Commonwealth and Covenant: Economics, Politics, and Theologies of Relationality (2016), Mimesis and Sacrifice (2019), and The New Evangelicals (2011). Commonwealth and Covenant was selected by the United Nations Committee on Education for Justice for distribution worldwide. Pally teaches at New York University and held the Mercator Guest Professorship at the Theology Faculty of Humboldt University-Berlin, where she is an annual guest professor. In addition, she has been a columnist and contributor to US and European periodicals, including Religion and Ethics, Political Theology, Commonweal, The New York Times, The Guardian, Religion News Service, Die Zeit, Süddeutsche Zeitung, and Tageszeitung, among other periodicals.

Counterpoint blogs may be reprinted with the following acknowledgement: “This article was published by Counterpoint Navigating Knowledge on 31 August 2021.”

The Im/Possibility of Global Solidarity - Counterpoint: Navigating Knowledge · September 8, 2021 at 1:35 AM

[…] blogs may be reprinted with the following acknowledgement: “This article was published by Counterpoint Navigating Knowledge on 8 September […]