Decolonizing Knowledge: Anthropocentrism and Cosmotheandrism in a World of Technologies 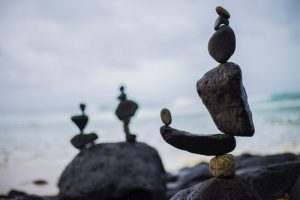 Knowledge production for a sustainable biosphere must forego any overdependence on exploitative epistemologies. Exploitative ways of knowing promote domination, and dominance reverses the order of knowing. In such schemes, power becomes knowledge instead of knowledge becoming power.

One of the areas in which I have been considering the value of decolonizing knowledge production is in the contemporary search for solutions aimed at sustainable management of the biosphere. Science and technology are largely beneficial for humankind, but can we find a place for some other tried and tested epistemologies in today’s scientific constructs? To achieve this goal, existing epistemologies would have to be de-centered by people producing knowledge from the “center” as well as the “periphery.”

Particularly for those who have to produce knowledge from the periphery—as the African theologian Jean Marc Ela once said—it is vital to re-read memory. Those who produce knowledge from the periphery decolonize ways of knowing by interrogating the residual knowledge imputed to them: the basis on which they have conceptualized reality for so long. They must repeat the question: “How did we get here?” as often as it takes to help unmask the biases of existing knowledges. In a sense, Ela was proposing that an important way to engage in a decolonizing process of knowledge production is to re-read the dominant strands of knowing.

In the words of Paul Ricoeur, what Ela is suggesting is a hermeneutic of suspicion. Today, a hermeneutic of suspicion must also call into question the necessity of the long-standing connection between knowledge and power. As some scholars who emphasize the benefits of knowledge production from the global South have noted, the power constructs of knowledge production will nearly always end up either enforcing old or creating new orthodoxies, none of which support a live-and-let-live philosophy of life.

But how might decolonizing knowledge production prove valuable in our contemporary search for sustainable solutions? Long before contemporary global agitations emphasized the bleak future humanity faces if we do not change our patterns of behavior and consumption, some philosophers were already emphasizing the dangers of overlooking or going against the great human need to adapt to the biosphere. Arnold Gehlen, for instance, argued that while the biosphere is essential to the humanization of human beings, humans are nevertheless the most ill-suited among all species to the processes of adaptation, because they are insufficiently endowed with instinct. In order to survive, humans need to be creative—or, in his own words, to focus on “facilitation.” In a sense, the fact that humans explore, experiment with, and extract from the environment in order to “create” mechanisms for their survival is a sign of their inability to exist in a “natural” state, sufficiently in harmony with their environment. However, the human need to compensate for this lack of harmony with their environment continues relentlessly in a cycle of see–judge–act, reflect, and act again. Humans are always prone to judge the results and effects of their actions; they always want to find the best fit. According to Gehlen, this explains why human existence is marked by a kind of disordered, limitless search for a solution among the existing possibilities—what he calls a “circle of action.”

Since none of the available solutions seems to be the right fit, humans experience the “circle of action” as a process. In his native German, Gehlen called this situation Weltoffenheit, which has been translated as the “open-endedness of arrangements.” But to my mind, this translation does not do justice to the intended (or unintended) flexibility of meaning that the German allows. Weltoffenheit is a term with which Gehlen sought to redefine that which is characteristically human—from a biophysical rather than a rational or metaphysical perspective. When relocated in biophysical space, humans emerge as the species with the lowest capacity for survival—unless they “work” for it. In this regard, humans are “world-open.” So I prefer a more literal interpretation of the idea, as a human “world-openness.”

Humanity’s artificial creations (technologies) are supposed to help them achieve that harmony with the biosphere which they require. Interestingly, many great human inventions have simply exploited the environment for resources; they have explicitly mimicked some aspects and entities of the biosphere. Yet paradoxically, the more successful humans become in their “circle of action,” the more oblivious they are of their need to find a good fit with their environment. Instead, they are driven to place themselves more and more in the center and make everything around them serve their needs.

According to Gehlen, science and technology have complicated rather than resolved the human anthropological need for harmony and connectedness with the natural environment. But before science and technology became the grand narrative, there were some alternatives to anthropocentricity. The question is how these alternatives can find a place in contemporary exploitative designs.

Some communities in my native Ghana had cosmocentric rather than anthropocentric epistemologies. Some scholars have referred to this African conception of humans and their relation to other-than-human realities as cosmotheandrism. This term, often credited to Charles Nyamiti, describes the complex connections between humans, their immediate environment, the deities and spirits, the ancestors, and even those yet unborn. All belong in an intense, reciprocal relationship, and humans must organize their lives so as to maintain an intricate balance in which this strong relationship is not disturbed. Entities of the natural environment were to be treated as subjects, making the relation between humans and the rest of the environment an intersubjective one.

Yet the time when rivers, as one example, were treated as gods to be respected and preserved (according to then-dominant epistemologies) has passed, although the need to preserve waterbodies is as important now as it ever was. Ironically, even the people who were once custodians of cosmotheandric epistemologies have come to believe that they must work their way up the contemporary teleology of development by way of exploitation. Today, to fail to exploit a river when there are precious minerals under it (even if such exploitation will “end the river’s life”) is to live as if in a bygone age—to be on the side of “traditionalistic” knowledge.

Yet those who produce knowledge from the global South, especially Africa, can contribute to producing less exploitative epistemologies by re-evaluating the structures of power anchored in existing knowledges, and especially by engaging in a radical intra-cultural critique. To this end, I have found inspiration among people such as David Chidester, Brenda Cooper, and Homi Bhabha.

Gehlen warned us that in an age of technology, humankind’s relation to technology would necessitate new arrangements of the human relationship to all other aspects of the natural world. He proposed that human–technology relations also have the potential to transform human consciousness. It is time to invite anthropologies that have previously been on the fringes of metropolitan knowledge production back to the center.

Simon Kofi Appiah studied philosophy and theology in Cape Coast (Ghana) and was ordained a Catholic priest in 1990. He did postgraduate studies at the University of Tübingen (Germany) and London (UK). He returned to his homeland in 2001, when his bishop Gabriel Mante commissioned him to plan and build a center for the diocese, focusing on pastoral healing and youth ministry. The center is now an important institution of the diocese and the whole area. After many years as head of the Nsuta Center, he was appointed professor of philosophy and ethics at the University of Cape Coast.

Counterpoint blogs may be reprinted with the following acknowledgement: “This article was published by Counterpoint Navigating Knowledge on 5 February 2020.”

Photo by Shiva Smyth from Pexels