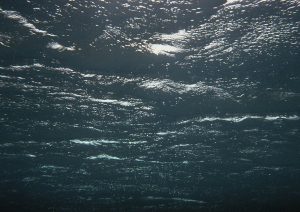 “Based on my extremely blurry and perhaps unreliable recollection that he once told me so,” writes David Chidester in his contribution to With This Root About My Person, a recently published collection of essays dedicated to Charles H. Long,, “I have reason to believe that if Charles Long had not become a historian of religions, he would have been a mapmaker.” These maps would have been interesting, he continues, not simply or only for what they revealed about land and nations. No, “they would have been particularly remarkable for what they revealed about the oceans.”

Chidester’s chapter is the first of twenty-five essays in the book dedicated to the work of the pioneering historian of religion, who sadly passed away earlier this year. It points to something I had not yet noticed in my own engagement with Long’s work: his attention to the ocean, which was, it turns out, already exhibited in his 1986 seminal collection of essays, titled Significations. Specifically, and here I cite Chidester once more, Long’s work points to the ocean as a “crucial unity of analysis” for those interested in the intersections of colonialism and religion.

Chidester’s is a point well taken and a necessary intervention in religious studies, as the ocean remains outside of the purview of most scholars in the field. There are some significant exceptions (for starters, see here, here, and especially here) but the field generally remains incredibly land-based. Scholars of religion are not alone in this: most people working in the humanities have had their “backs to the sea” (to use Dan Brayton’s poignant phrase). Luckily, this is rapidly changing. And the influx of academic books, journals, and conferences dedicated to all things oceanic reflects and contributes to a growing interest in the deep blue outside of the academy as well. To give just one example: the Fries Museum in the Netherlands currently hosts a wonderful exhibition of contemporary artworks that “portray an underwater world.” Needless to say, this turn towards the ocean is informed by growing concerns over climate change, global warming, and the loss of biodiversity.

But in this essay, I explore the idea of “blue religion.” And in this context, it is significant that Chidester shows that Long understood the significance of the ocean some time before the emergence of the newly established and highly interdisciplinary field of the blue humanities. It’s perhaps not that surprising, however, that Long did so. After all, he began to examine how colonialism shaped the conceptualization and study of “religion” years and sometimes decades before those more readily associated with this enterprise—scholars such as Tomoko Masuzawa, Sylvester Johnson, Richard King, and Chidester himself, to name but a few—began to do so. He displays an awareness of the immense significance of the oceanic environment: as Europeans began to cross what they had once deemed “a vestige of primordial chaos” with increasing fervor, the ocean came to be a central locus for the circulation of religious peoples, ideas, and objects. Long’s work highlights two of these—the cargo and the fetish. Chidester, in turn, adds a third, guano, a bird excrement that became the central focal point for new, transatlantic religious orientations in the late nineteenth century.

But we can push Long and Chidester a bit further.

For instance: a concern with the ocean decenters the emphasis on nation states and narrow geographical regions, as Chip Callahan wrote in 2016. What currency does a rubric like “North American Religions” or “Western Esotericism”—to name two units currently active at the annual American Academy of Religion conference—hold when we begin from the ocean? Or, formulated more positively, what questions, frameworks, and theories would emerge when we approach, say, the emerging field of Africana religions from a truly oceanic perspective? For one, taking seriously and proceeding from the “global ocean” would integrate the often-ignored region of East Africa. Doing so would thus prevent the burgeoning field, as Devaka Premawardhana recently warned, from becoming “yet another ‘Western’ academic enterprise.”

Staying with the example of Africana religions, we can also ponder the religious significance of the ocean for peoples of African descent. Jonathan Howard has recently demonstrated that water is a central trope in African American literature; is this true, too, in and for Africana religion? In answering this question, we could turn our attention, to begin with, to the many water spirits we find in Afrodiasporic religion, including Mami Wata. So, too, can we, inspired by the scholarship of Howard, Joshua Bennett, and Anissa Wardi, probe the lasting influence—discursively and materially—of the Middle Passage on black religious orientations.

Moreover, where Long and Chidester explored the ocean as a conduit for the circulation of religious objects, peoples and discourse, we can also ask what forms of religion emerge on, around, and in the ocean. Here, I am thinking of the kinds of religious rituals and ceremonies that at times accompany Indigenous whaling traditions, as well as those that have emerged aboard the whaling ships that were part of the commercial whaling industry in North America. So, too, can we look at the various practices that Bron Taylor subsumed under the rubric “aquatic nature religion,” including kayaking, surfing, and fly-fishing. Moreover, as Taylor’s work also shows, centering the ocean demands that we think about “religion” in a more ecocritical way, paying attention to how and why certain natural environments beget particular forms of religiosity. I was intrigued, lastly, by biologist Hal Whitehead’s hypothesis that whales have their own religion. What would entertaining this hypothesis mean for how we understand religion, and its common association with matters of belief, textuality, agency, intentionality?

Of course, in expanding the category of religion this broadly, we must be aware of and consider that racialized people were, historically speaking, often deemed to be incapable of having religion. We must therefore ask what risks are involved in radically rethinking what constitutes religion. And yet, precisely because religion has been used to hierarchically differentiate between groups of people and claim the superiority of Christian Europe, we must also continue to query its usefulness. Taking this last point into account, there’s one final thought experiment I’d like to present. Considering that the category of “religion” emerges in and through differentiation and boundary work, we may ask what would happen if we take the material properties of the ocean as starting point. After all, the ocean is mobile, fluid, unfixed. Unmoored from land and solid ground, would the category of religion dissolve, liquidate?

Justine M. Bakker is currently a postdoctoral researcher in Critical Philosophy of Race at Radboud University, Nijmegen (Netherlands). She earned her PhD in Religion in May 2020 from Rice University (Houston, TX, USA).

Counterpoint blogs may be reprinted with the following acknowledgement: “This article was published by Counterpoint Navigating Knowledge on 17 November 2020.”

Nice to see some exciting thoughts on religion and the ocean — an area of study that, I hope, we will soon be seeing a lot more of. Good luck with your work, Justine!

Much thanks, Chip, very much appreciate this kind encouragement!