Beyond Epistemicide: Toward Multiple Forms of Knowledge 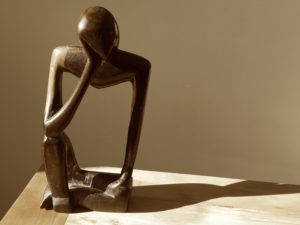 Knowledge production, authentication, and dissemination require transcending a universal, fundamentalist[1] canon of thought that privileges one knowledge system at the expense of others. With modernity, a particular knowledge system came to occupy and dominate the academy and claim universality, neutrality, and objectivity. Yet knowledge is produced within specific histories, cultures, and social milieux. It is preposterous to assume that knowledge produced under the influence of particular socio-economic and political contexts – that is, within a particular discourse and field – is applicable beyond a particular time and space. Dislocated, disembodied knowledge is a myth, because knowledge is always influenced by factors such as gender, power, politics, economics, and ethnicity.

The Cartesian dictum Cogito ergo sum (“I think and therefore I am”), which challenged the authority on which Christendom’s knowledge had been based since the Roman Empire, is one good starting point from which to comprehend modern processes of knowledge production, authentication, and dissemination. For Descartes, the “I” can produce a knowledge that is true beyond time and space, unconditioned by any particularity, and thus “objective.” This is what Santiago Castro-Gomez calls point zero – a point of view without a point of view. Even after 380 years, Westernized (not necessarily Western) universities still carry the Cartesian legacy as a criterion of validity for science and knowledge production, emphasizing the “subject-object” split, “objectivity” understood as “neutrality,” and the myth of an ego that produces “unbiased” knowledge unconditioned by its body or its location in space. Any knowledge that does not conform to that structure is discarded as biased, invalid, irrelevant, unserious – that is, inferior knowledge.

It is therefore no surprise that non-Western indigenous religions and knowledge systems were characterized as “primitive” and “pre-logical.” This coloniality of knowledge is understood as “a complex process of deployment of global imperial technologies of subjectivation taking the form of translating and re-writing other cultures, other knowledges and other ways of being, and presuming commensurability through Western rationality.” It silences and relegates other epistemologies to the margins, to a primitive past, to a different political ideology, or to a suspect religious perspective. At worst, it can become epistemicide. Decoloniality interrogates the ways colonial mentality has interfered with non-Western modes of knowing, social meaning-making, imagining, seeing, and producing knowledge, positioning Eurocentric epistemologies as the only truthful knowledge systems.

Let’s consider an example: environment and climate change from the perspective of African epistemologies. Contrary to Cartesian epistemology, sub-Saharan African worldviews generally see relationships between human beings, spirit, and nature not as dichotomized or compartmentalized, but as integrated into an interdependent system of existence tied together through spiritual interactions. Since this epistemology sees the physical and spiritual worlds as integrated, this initiates a “profound respect and reverence without exploitation” for nature and a commitment to conserve and enrich nature – without ruling out the possibility of demonizing nature when spirits are identified as evil. Thus natural phenomena such as plants, rocks, and bodies of water are respected and revered, acting as vehicles to the spiritual world, having both visible and invisible powers. This can facilitate the protection of nature and the environment and stifle global warming. These worldviews, often pushed to the margins, need to be seriously considered as a viable canon of thought.

Calling for serious consideration of indigenous epistemology is not to suggest that indigenous epistemology is the panacea. However, a pluriversal approach, which does not privilege one knowledge system at the expense of others, has to supersede the universal approach. Pluriversality provides an equal distance from all knowledge systems to knowledge production, authentication, and dissemination. The argument here is not to move from one end of the spectrum – where Western/Christian knowledge systems were privileged – to the other, where African knowledge systems become privileged. Enrique Dussel proposes “transmodernity” as a way forward, guarding against both Western and non-Western epistemic fundamentalism. Transmodernity is a process whose point of departure is that which has been discarded, devalued, and judged useless among global cultures. It is geared toward “a world where many worlds are possible.”

Joram Tarusaria is Assistant Professor of Religion, Conflict and Peacebuilding at the University of Groningen, the Netherlands, and Director of the Centre for Religion, Conflict and Globalization. His fields of expertise include religion, conflict, peacebuilding and reconciliation; religion and politics; community development; as well as civil society and social movements. He is the author of Reconciliation and Religio-political Non-conformism in Zimbabwe (Routledge 2016).

[1] A belief in one knowledge system as the sole source of true, universal, and absolute knowledge.

Counterpoint blog posts may be reprinted with the following acknowledgement: “This article was published by Counterpoint: Navigating Knowledge (https://www.counterpointknowledge.org/beyond-epistemicide-toward-multiple-forms-of-knowledge/) on 22 May 2018.”