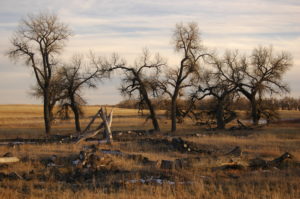 Many of us in “western” cultures are steeped in ethical and aesthetic questions about “the good life.”  What is it and who has access to it?  How ought we organize our governance and public institutions in ways that support such a life? These questions are good ones to ask, but perhaps our youth-obsessed cultures, focused on natality (newness and birth), might also need to focus a bit upon the good death.

At first read, the phrase “good death” may seem like a contradiction, oxymoronic. Death is something bad to be avoided and hopefully overcome through science’s longevity technologies.  I, for one, have always found it odd that when a person over the age of 85 or so dies, a “cause of death” is listed on the death certificate, even if that cause is simply “unknown.”  Wouldn’t the cause of that death just be a long life?

Perhaps our emphasis on life and relative lack of reflection on death has to do in part with the “liberal” individual at the heart of neoliberalism. Or, perhaps this hyper-individualism is an attempt by us humans to make each individual reach for the eternity, omniscience, and omnipresence of the Omni-God of monotheism. Perhaps we hope that as we live longer, we will know more and more, and perhaps our minds will be housed in an artificial intelligent disembodied technology that will allow us to be somewhat omnipresent.  At some psychological level, we want to preserve what Alan Watts called our “skin encapsulated ego’s,” but we do so through backgrounding the very relationships that make our individual lives possible at all.

In order to become “like god” in this sense, we downplay the planetary relationships that make our lives possible in order to create the illusion that we are power-filled, sovereign individuals, responsible for our own destinies. In other words, the focus on preserving the intact individual, even if in some sort of futuristic computer mother board, eclipses the social relationships and interactions with the environment that make a person possible at all. We are, after all, embodied creatures among other embodied creatures in a planetary community.  We are porous and depend upon relationships in order to live.

If we are not isolated individuals, and if we are relational through and through, then becoming who we are entails the death of the idea of a static, unchanging self. Our lives, for instance, depend upon the death of each moment not to mention the death of plant and, for many, animal life.  If our bodies are to grow and change, we must continue to mutate, leading to the continual death of cells in our bodies.  Change, it seems, requires some amount of death and if this is the case, then the absence of death would mean the absence of change and of the future. Of course, not all change is equal: some are undetectable, some are exciting, and still others tragic. We may very well be able to alleviate some of the pain caused by more tragic changes, but change cannot be eradicated.

The change we call death is necessary for the continuation of life: the death of cells leads to the regeneration of cells for a longer lasting organism. If individual organisms were never to die, this would be a crowded planet and one that was even more exploited by humans than it is at present. Not to mention, as Neil deGrasse Tyson commented: “if we live forever, why ever even get out of bed in the morning because you always have tomorrow.” In other words, if we are going to live forever, what is the motivation for getting things done today?

Many would argue that there is no point to life if every individual life ends up dead instead of having some sort of eternal presence.  But, isn’t this argument the result of the need to eternally preserve the individual self because of the fear of death? This need to preserve the individual in perpetuity entails a bit of hubris if we are through and through relational, porous, changing creatures in a community of similar creatures.  In short, is there a need for each of us to pass the torch, let others live and contribute to the world?

Finally, when we, in the present, spend so much time and so many resources to maintain present life in perpetuity—to stay “young” or to prolong life at the very end of life–future generations get stuck with the economic and ecological bills.  If our hyper-individualism takes us out of our relations with the rest of the natural world and makes us want to live—unnaturally—forever, and if the denial of death is at least part of our current ecological crisis, how might we, then, re-think ourselves back into the cycle of both birth and death? One Australian environmental philosopher provides a unique perspective on this question.

After surviving a close encounter with a crocodile in Australia, the late environmental philosopher Val Plumwood recognized the need for us to give more thought to death as a part of a natural life. She was rolled three times and had a huge chunk of her thigh bitten off before the crocodile released her and she began a long crawl toward safety and rescue hours later.  From this experience, she began to understand that we humans have removed ourselves from the predator-prey cycle.  We spend a good deal of our resources securing our individual lives against death and decay.  Even in death, many still embalm their bodies and place them in coffins and then inside metal containers in the ground, thereby protecting them from the insects and worms that would otherwise have a feast.

Perhaps, then, it is time we westerners started to have some serious public conversations about death and decay as part of the cycle of life. This doesn’t mean we need to accept being eaten by wild animals but rather, if death is part of the life cycle, we do ourselves a disservice not to think about what a “good death” might look like.

It is not hard to know a horrible death when we see it: the death of a child, death through violence, death that involves suffering.  These seem to be inherently tragic or evil, and they prompt us to ask if there is a god, if there is any purpose or meaning in life, why these things happen, or how they are supposed to make sense. For some of us, they also prompt us to fight to prevent such deaths from happening in the world. It is through these negative experiences that we might come to some ideas about what a “good death” might look like.

Whitney A. Bauman is Co-Founder and Co-Director of Counterpoint, as well as Associate Professor of Religious Studies.  He is the author of several books and articles including: Religion and Ecology: Developing A Planetary Ethic (Columbia University Press, 2014).

This Counterpoint blog post may be reprinted with the following acknowledgement: “This article was published by Counterpoint: Navigating Knowledge  on 21 November 2018.”