What Are the Time-Scapes of Our Thinking? 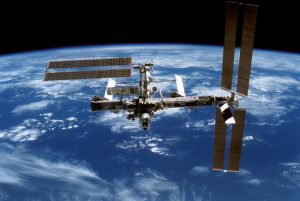 Timescape: 1) A perspective over a period (particularly a long period) of time. 2) A multidimensional view of time, especially one in which time travel occurs. (From Wiktionary)

As the human worlds begin to (prematurely?) come out of “Covid Times,” I am struck once again by the experience of time. It has seemed to stretch and shrink all at once over the last couple of years. And, again, I am left wondering, “How is it already July?” Whether we will go back into another winter of lockdowns and “staying in place” is still to be seen. With the Delta variant spreading rapidly, only one of what will surely be many other variants to come, who really knows. Obviously, the pandemic is not over, but there are a lot of signs that many countries are beginning to act as if it were. This is not a blog about the wisdom or lack thereof in terms of policies around Covid. That is a debate that rages on between left/right, within families, between economists and scientists, and in many other “conversations” (or shouting matches). This, rather, is a blog about our experience of time in a Covid and post-Covid world, and the relationship between time and place (or landscapes).

The idea of timescape is one that comes from a 1980 science fiction novel by Gregory Benford of the same name. In the novel, the “present” time is one of ecological destruction and social upheaval, and a group of scientists is trying to send messages back to the past to prevent said disasters. Though I’m not arguing for a time-traveling project, I’m interested in how time travels in places. More specifically, I want to question what scales of time our thinking as human beings on planet Earth might take if the planetary community is to thrive. So, I begin with a simple question, what times can we plan for?

Between an uncertain future marked by climate change and the current pandemic, planning has become something that is precarious to say the least. Whether planning for a trip, retirement, a daily meal, or a future career, it has become clear that all plans are contingent. Of course, all plans have always been contingent, but the experience of this contingency seems more palpable at this particular time. Two ways of working with/through this contingency seem to me to be relying on timescapes that are either out of this world or much too small and narrow. Neither of them takes the planetary community into account.

On 11 July 2021, Sir Richard Branson participated in the first civilian, private flight into space. Of course, he is not the only billionaire private citizen trying to get people into space. Jeff Bezos and Elon Musk both have their own privately funded projects as well, all encouraged by the Space X challenge. This technology and desire is in part fueled by futuristic, or as Mary-Jane Rubenstein argues, eschatological thinking, that has all but left this world behind. Many transhumanists, some posthumanists, and some futurists think that our only option forward is to find other planets with more resources, or to preserve what life and humanity we can in some form of space stations / vehicles, and/or to become more silicon than biological. Even the late genius Stephen Hawking argued that humanity’s only hope was to leave the earth. But what does such a timescape that is literally out of this world mean for most of the planetary community and specific bodies therein, including most humans?

If an “out of this world” timescape is bad for most of the planetary community, then so is a timescape that is too small or narrow. One response to the effects of climate change (especially growing resource scarcity and climate refugees) is to reduce our thinking to the local (which often also means the national). Indeed, we have seen a growing rise in nationalisms in the past couple of decades across the globe, despite the living memory of the horrors caused by nationalisms in the second WW. Localism in terms of an environmental policy and ethic is also problematic because it can play into nationalisms, and because much of our lives and every locality of the planet in general is tied up with global problems and flows of energy, information, and ideas. There is no untangling the planetary community, and to wall a part of it off from the rest will surely lead to much violence. This localist timescape is also not thinking with or about the planetary community.

The combination of capital that is flowing into futuristic post-earth space exploration and increasing protectionism on the part of governments is not promising for the future of the planetary community. Indeed, it will likely just mean exporting resource wars to outer space, a continuation of the same problems (some of) humanity has caused and faced on this planet. Both the “out of this world” and the localist timescapes miss the living, changing, interconnected planetary community in favor of the survival of small groups of human beings. What might human timescapes that account for our places within the planetary community look like? We don’t know, but one thing seems clear: any answer would include the ideas that we are of this planet and without it we are no longer the same humanity. If we want to continue to be Earthly creatures (and I for one do) then our timescapes should be focused on the planetary: they ought reach out into the future, even into space, but always with an eye toward returning to benefit the thriving of the planetary community.

Counterpoint blogs may be reprinted with the following acknowledgement: “This article was published by Counterpoint Navigating Knowledge on 13 July 2021.”