The Accidental Simplifier: On Smoking, Animals, and Happiness 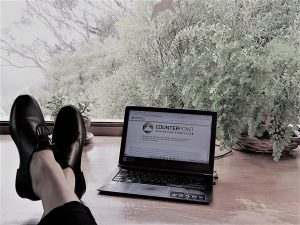 Truths are as good and beautiful as they promote the flourishing of multiple planetary bodies.

In his essay on voluntary simplicity, Richard B. Gregg argues convincingly for a shift away from materialism and towards greater simplicity in our internal and external lives. Modern science and technology, Gregg advises, make the production of essential and non-essential items possible at a scale never experienced before, “Henry Ford’s idea that civilization progresses by the increase in the number of people’s desires and their satisfaction looks sensible.” However, he points out, even if it is easy to supply all humans with such items, this is not happening, because “the just distribution of material things is not merely a problem of technique or of organization. It is primarily a moral problem.” Furthermore, while we have reduced some serious diseases from the past, others are on the rise, Gregg reminds us, including cancer, diabetes, kidney, heart and circulatory failures, and “insanity.”

Reading the essay, one could be forgiven for thinking that it was written recently, about our contemporary society, in the wake of the growing fear of the “consumer becoming consumed” , and the pressing need for a breath of fresh air—both metaphorically and increasingly also literally. But no, Gregg, a Quaker, published that essay in 1936.

Voluntary simplicity doesn’t imply scarcity and deprivation, it’s about having enough but not more than that (and even “enough” can be adjusted to accommodate subjective and environmental factors). Consumerism, contemporary research shows, doesn’t increase quality of life, quite the opposite, and the sooner we break the widespread but faulty association between consumerism and wellbeing the better—for ourselves and the rest of the planet.

I came to this fascinating research via two separate pathways that are beginning to converge.

The first one relates to my quitting smoking several years ago. I was astonished at the tremendously positive impact of quitting on my organismic self-regulation. Since there was no external regulator available, nothing to run to as soon as I felt slightly uncomfortable psychologically (before quitting, such discomfort would call for a cigarette), the organism quickly (but not without pain) adjusted to simply being there, sitting through it and regulating itself. More recently I thought: what would happen if I eliminated everything that has a similar effect, which includes buying things I don’t need? We often practice recreational and ‘therapy’ shopping, buy non-essentials that make us feel better for a little while, though very soon they just add to more clutter burdening heads and homes, and costing the earth a lot more than we are willing to admit.

This marked the beginning of my minimalist experiment. A mind-blowing journey so far, even though at this early stage I have more questions than answers. Why are we drawn to buying stuff that quickly turns into garbage? Advertising, yes, but advertising can only be efficient if it speaks to us at some deep level outside our reflective consciousness (since it’s hard to justify consumerism at the ‘common-sense’ level). What is that level? And why does the same organism, at some other level probably, reject that same item soon after?

What we’re seeing at play here, I think, is something akin to the phenomenon of “cake-attraction.” At various points in our species’ history energy-dense foods kept us alert and energized so we had a better chance of spotting that tiger in time. We continue to be drawn to such foods (these days in the form of deep-fried foods and desserts) and often consume too much of them, which can make us malnourished, obese, and miserable. Similarly, when we enter a departmental store or browse online, we may feel an overwhelming sense of pleasure at the plenitude on display because our body instinctually recognizes abundance as being better than scarcity. However, a lot of the stuff bought on a whim ends up as clutter (was that abundance not true abundance, only an impression of it?), and clutter tends to make people stressed and unhappy.

The more stressed we get the more desperate we are for quick fixes, which often come in the form of external regulators (more shopping, more cake, etc.), and this in turn weakens our self-regulation even further. Minimalism (“enough but not too much”), on the other hand, once internalized, brings us closer to a state infused with a continuous sense of having rather than wanting. Imagine the effect of that on your autonomic nervous system and the rest of you! Imagine the effect on the world if masses of people approximated that state.

I wonder what all this (real and fake abundance, etc.) means for the conceptualization of human environmental normativity. Life is fluid, of course, and things change all the time. But are our bodies being pushed a little too fast and too far? Can we sustain this tempo? Or can the journey to deep healing only begin once we abolish the current model of consumerism/capitalism with its many damaging aspects, including noise, which is ubiquitous in our fast-paced and mechanized societies?

Noise is an interesting example. We now take it as an unavoidable part of life with little awareness that continuous noise keeps our fight-or-flight mode activated, experts warn, which is a recipe for disaster. Whether we are reflectively aware of it or not, our organism conducts an implicit yet experientially very real communication with perceived agencies in the environment, shaping the organism, for better or for worse.

This was the second pathway that led me to explore voluntary simplicity. It is also an extension of my work on animal spirituality. Do these exchanges with perceived agencies represent a biological imperative compared to alimentation, hydration and social relations? Do animals—all of us—need them for balanced functioning? Would normative sensorial input aid such balancing? What if normativity is destroyed or otherwise compromised, as it is happening on a huge scale largely due to the consumerist malady? The positive effects of environmental enrichment in deprived settings (labs, farms) give us an idea. Animals also prefer natural to human-made objects, just like it feels nicer to humans to touch vegetation compared to fabrics.

Why can’t I thrive in a barren cage or among boxes of stuff? Because I am a biological system with certain needs and potentials? If I can’t fulfil them, I may survive but I won’t feel whole, and that’s probably true for all bodies. The entire planet is sacred because everything/everyone means something to someone. The only thing we need to do is not do much at all, leave it alone, which will make us happier anyway.

Teya Brooks Pribac is an independent scholar and multidisciplinary artist, living  in the Australian Blue Mountains with sheep and other animals. Her latest publications include Enter the Animal: Cross-species Perspectives on Grief and Spirituality and Not Just Another Vegan Cookbook.

Counterpoint blogs may be reprinted with the following acknowledgement: “This article was published by Counterpoint Navigating Knowledge on 8 March 2022.”

Yet another insightful, relevant, and inspiring piece by Dr. Brooks Pribac. “cake-attraction,” brilliant. Indeed, particularly since the 1950s, and onset of the anthropocene identity in consumerist societies is increasingly expressed through buy, dispose of, buy more and ignore where “it” (the latest and greatest) came from or goes too. As someone who once worked in the advertising business and left for many of these reasons, I applaud this excellent piece.