Rethinking Personhood Beyond the Human:
An Online Counterpoint Conversation on Occasion of the 50th Anniversary of Earth Day, 22 April 2020 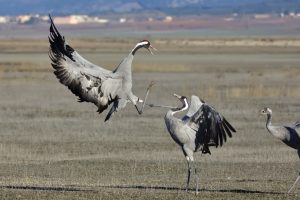 Many regard the celebration of the first Earth Day, on 22 April 1970, as the beginning of a new phase of the modern environmental movement. Joining other activities that mark the 50th Anniversary of Earth Day, Counterpoint organized a special event that looked back at recent developments in planetary thinking. Focusing on the idea that personhood does not only apply to the human species, four panelists presented different perspectives on “rethinking personhood beyond the human” in an online Counterpoint Conversation, followed by discussion with a worldwide audience.

Thematic Outline:
In his book, How Forests Think, Eduardo Kohn seeks to think anthropology beyond the human. Not as post- or trans-human, but to think the human person in their context is to think of all the interrelated organisms and processes without which a person could not exist. Humans, if nothing else, arise out of (evolutionarily) and exist only (ecologically) because of the planetary community. Yet, most “moderns” have come to think of humans as exceptional (Peterson) to the rest of the natural world: an anthropology that depends upon the “death of nature” (Merchant) and the idealized human person that depends on both the oppression of peoples through settler, economic, and cultural colonization and the fossil-fueled technologies that allow many human persons to exist as if they indeed were exceptions to the rest of the natural world. Of course globalization has helped us to realize that there are many different types of human persons, and climate crises are now suggesting that our personhood is deeply embedded with the lives of “earth others” in the planetary community. Might this embeddedness and these crises suggest some critical reflection on the anthropocentric understanding of personhood?

In his book, Plants as Persons, Matthew Hall suggests that the understanding of plants as merely “vegetative” going back to Aristotle, and then as not part of the living world because they do not move, has been one of the conceptual ways in which humans maintain that strict boundary between humans and the rest of the natural world. If plants are, again, vital and can be thought of as persons, then the whole house of cards that human exceptionalism has been built on falls apart.

This panel interrogates the permeable boundaries between humans-plants-animal by looking theoretically, philosophically, and ethically at personhood in other forms. Some cultures argue that trees and other plants are “persons”: In New Zealand and in India rivers have been legally designated as persons; in Australia recently a mountain, important to the Aboriginals, was given personhood. There are many other examples. How does this undoing of old notions of personhood reshape our religious, philosophical and ethical traditions?

Listen to the event here:

Contributions from the panelists:

A World of Selves: Human and Other People (Teya Brooks Pribac)

In our world relationality is inescapable: we share the planet and lives impact upon one another. There is growing consensus that self-relatedness is better viewed as developing and existing on a self–nonself continuum rather than on a self–nonself dichotomy (with the Western independent self–construal appearing as an aberration). For humans and many other animals, relationality is not only a potentially beneficial (and unavoidable) satellite phenomenon; it is a biological, existential imperative. While animals remain open to social influences throughout life, in infancy when the brain and the self-regulatory systems are still developing, interactions with other agencies in the environment will influence the shape of such organismic properties and processes, for better or for worse. This contribution explores the more-than-human personhood in the animal realm from a developmental perspective, and touches upon the issue of how, in the process of relating, other – including non-animal – persons may be ‘created,’ or may not be. Such ‘creation’ or lack thereof may have very little influence on whether or not these persons actually exist (which leads to intricate ethical questions).

Eco-Persona and Performativity: Extending Personal Identity Beyond the Human (Whitney A. Bauman)

If we think of the etymology of person, which is a mask or character in a play, then how might we think of eco-personas? More specifically how do we think of ourselves as actors within network of actors that make up our house (oikos), also known as the planet? Our own personas are made up of various other personas, both contemporaneously (as we are parts of ecosystems and our bodies are themselves ecosystems) and historically (evolutionarily and culturally). What are the various “roles” that exist throughout the planetary community and how might an understanding of ourselves as one of many characters (and as made up of multiple characters) help shape a planetary ethics and politics? Using the idea of “performativity” (Judith Butler) and the extension of performativity beyond the human (Karen Barad, Meeting the Universe Halfway), I develop an understanding of a planetary “religiosity” that focuses on “re-attunement” to the various persons/bodies that make up the evolving planetary community at any given moment.

The Kantian Prison of Human Judgment: How Can We Get Out of It? (Kocku von Stuckrad)

In the aftermath of eighteenth-century European philosophy, particularly the theories of Immanuel Kant and German idealism, a mindset became dominant that locates the epistemological center of the world in the human observer. Within this mindset, it is human judgment that decides about truth, facts, and knowledge. Today, despite new developments in cultural studies, environmental humanities, and ecocriticism, it is still difficult to acknowledge agency or personhood in other-than-human entities without running the epistemological risk of simply “attributing” (and hence “projecting”) this agency to other “persons.” Are we dealing with an utterly colonial usurpation of the other-than-human here, as critics such as Slavoj Žižek argue, despite the good intentions of acknowledging the independence of these entities? — The contribution gauges some of these problems and tries to drill tunnels out of the Kantian prison.

Between the Human Animal and the Animate Earth (David Abram)

How we speak of the other dynamic presences that pulse and breathe and jive within our world hugely affects how we see and hear and feel those others. Our way of framing or addressing others also recoils back upon ourselves, massively influencing who or what we feel ourselves to be. It might be useful to ponder, a bit, our direct, sensorial encounters with other animals, with plants, with mountains and rivers and stones. Is it possible to experience ourselves as bodies among other bodies – as palpable things among things? Attending to our full-bodied, thingly experience of ourselves and others opens the phenomenological ground for a renewal of animism as a deeply relational way of perceiving, of speaking, and of knowing…

Format of the Event:
The four panelists gave a brief presentation of their respective theme, followed by a discussion among the panelists. After this first hour and 15 minutes,  we had an open discussion with the participants from around the world.

Whitney A. Bauman is Associate Professor of Religious Studies at Florida International University in Miami, USA, and one of the co-founders and co-directors of Counterpoint: Navigating Knowledge. His research and teaching interests focus on “religion and science,” and “religion and ecology / nature.” His most recent books include: Religion and Ecology: Developing A Planetary Ethic (Columbia University Press, 2014), and with Kevin O’Brien, Environmental Ethics and Uncertainty: Wrestling with Wicked Problems (Routledge 2019). He is currently working on a manuscript that deals with the ideas of Rachel Carson and Marjory Stoneman Douglas.

Kocku von Stuckrad is one of the co-founders and co-directors of Counterpoint: Navigating Knowledge. As a Professor of Religious Studies at the University of Groningen (Netherlands), he works on the cultural history of religion, science, and philosophy in Europe. His new (German) book is The Soul in the Twentieth Century: A Cultural History. He lives in Berlin.

David Abram, PhD, is an American philosopher, cultural ecologist, and performance artist, best known for his work bridging the philosophical tradition of phenomenology with environmental and ecological issues. He is the author of Becoming Animal: An Earthly Cosmology (2010) and The Spell of the Sensuous: Perception and Language in a More-than-Human World (1996), for which he received, among other awards, the international Lannan Literary Award for Nonfiction. A fellow at Schumacher College, David is co-founder and creative director of the Alliance for Wild Ethics.

Listen to the event here:

I just became aware of this, but I would love a recording if one is available. Thank you! 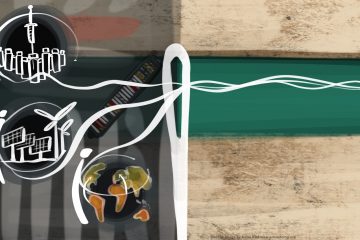 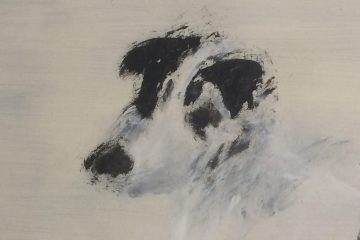