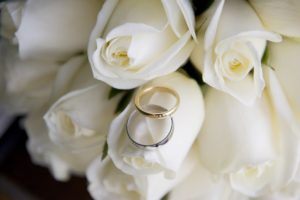 I teach in an American university culture where there is a lot of concern about the students’ casual hook-up culture—a too-fast coupling without long-term commitment. But I’m worried about another problem, a too-fast acceptance of marriage culture, a “hitch-up culture” that poses marriage, traditionally both patriarchal and heteronormative, as the right way to live. You gain social credibility by conforming to the hitch-up culture while failure to conform brings social shame.

As a Christian theologian, it worries me most that so many Christians think that marriage is the obviously Christian choice when this hasn’t always been the case. Already in the New Testament period, some thought that life in Christ meant an end to social conformity to the family patterns of the day. For them, this meant sexual renunciation. In the medieval period, monasteries offered an alternative to traditional family—an alternative seen, until the Reformation, as more righteous than marriage! But in the modern period, when the science of sexuality has made marriage seem not just spiritually right but physically “natural,” what counternarratives against social conformity—once the church’s strength–do the churches offer?  Instead of compelling counternarratives, the churches have become the loudest proponents of the purity of a hitch-up culture. Once people, especially women—especially sexually active women—are hitched-up, they are socially acceptable in a way they weren’t before.

I first detected a hitch-up culture, perhaps paradoxically, in my involvement with gay rights.  Before the U.S. legalized same-sex marriage in 2015, there was an effort in my state of Minnesota to amend the state constitution to permit marriage between only a woman and a man.  In the “Vote No” campaign against the amendment, my household was one of only two in our town of 4,000 with the Vote No sign in our yard. I was committed to having the “Vote No” sign and explaining to my kids why we had it, but I also disliked its message: “Vote No:  Don’t limit the freedom to marry.”

To my ear, this slogan was essentially, “Don’t limit the freedom to a traditionally heterosexual and patriarchal institution.” Yet society needs not only more access to marriage but also more space for alternatives that do not merge our social acceptance so directly with our sexual and household commitments.

An example: a student in one of my theology courses was preparing for the birth of her first child. She discussed with the class her frustration that in the church of her childhood, she and her partner were not able to have their baby baptized during the worship service because they were not married. Conforming to the hitch-up culture and getting married would be the quickest way to give their baby a welcome in the church. But what does the baby’s worth have to do with the marital status of her parents?  And why does the married sexual status of the couple carry so much currency in the church? Our modern hitch-up culture is so strong that it is easy to assume that Christians can’t do things any other way and that the organization and legal status of your home and your sexual life defines what kind of Christian you are.

Imagine that we did not live in a hitch-up culture. Imagine instead that the ways we would see and respond to each other had less to do with the state of our sexual lives (married or not, sex worker or not, single and sexually active or not, divorced or not, looking for a partner or not) and more to do with various other things such as a person’s kindness and causes, the things that make her laugh, her art and other talents, her religious and intellectual affiliations, her social networks beyond her sexual partners or lack thereof. Imagine then that our sense of how well-off, settled, or socially acceptable a person is had more do to with those things rather than the state or status of her sexual life.

The hitch-up culture is so prevalent that it is hard to imagine reorganizing our sense of other people and where they fit in our socio-sexual order. But failing to imagine things otherwise is dangerous. I suspect that in an unquestioned hitch-up culture, we perpetuate a reliance on norms that are quietly but pervasively sexist, colonial, and racist.

The “Vote No” campaign in Minnesota succeeded, and then the Supreme Court legalized same sex marriage across the country. Even before this, in 2009, after the many years of struggle, my church recognized gay marriage and the ordination of non-celibate lesbian and gay pastors. I think all these legalizations have made a better, or to borrow Judith Butler’s term, more capacious society.

But there is a ceiling to our accomplishments. They widen access to a hitch-up culture rather than creating and affirming other ways to live well beyond it.

So back in my yard in Minnesota, I wanted a sign that read “Don’t limit the freedom not to marry.” I want LGBT legal rights, and I also want a society that does not shame people who form commitments, families, sexual unions, and support networks that differ from current norms. That’s a whole lot of people, and there’s a whole lot of shaming—a whole lot of people not very free to say no to the hitch-up culture without looking immoral or incomplete or broken somehow. I want a society that widens rights by placing less emphasis, not more, on the state and status of our sexual lives.

I wouldn’t argue that a casual hook-up culture is a better choice. But we should think just as critically about the hegemony of marriage culture as we do about casual sex.

Anna Mercedes is Associate Professor of Theology and Gender Studies at the College of Saint Benedict and Saint John’s University and is ordained in the Evangelical Lutheran Church in America.  She is the author of Power For: Feminism and Christ’s Self-Giving and is currently directing her schools’ semester abroad program in London.

This Counterpoint blog may be reprinted with the following acknowledgement: “This article was published by Counterpoint Navigating Knowledge on 26 September 2018.”