Awakening to the Dreams of History 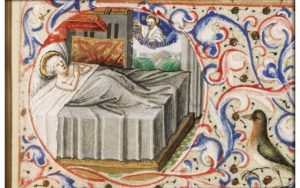 The COVID-19 pandemic has had a surprising effect: a renewed interest in dreams, as people are sleeping later and dreaming more. Dream sharing and interpretation is thriving, reflected in increased participation in online dream forums, apps, retreats, and group work. Still, fascination with dreams is as old as humankind, and, as we all probably know from personal experience, people are so captivated by them that they are urged to share and revel in the absurdities, the awe, the mystery. Academics are no different, and dream research has existed for centuries. This research has shown that religions, both old and new, have greatly contributed to the history of dreams. But, while investigating religion and dreams for an upcoming book, I found that dreams have also conversely impacted the history of religion, as well as society at large. This is not discussed as much, even though this impact is significant.

For example, dreams have led to the founding of religions, and many scholars—today, typically neuroscientists—have argued that dreams are the very foundation of all religious thought. Key dreams have led to the development and growth of Buddhism, Christianity, and Islam, among many other religions. And these dreams appear in religious art, architecture, and literature, such as the painting “Jacob’s Dream” (1518 or 1519) by Raphael. 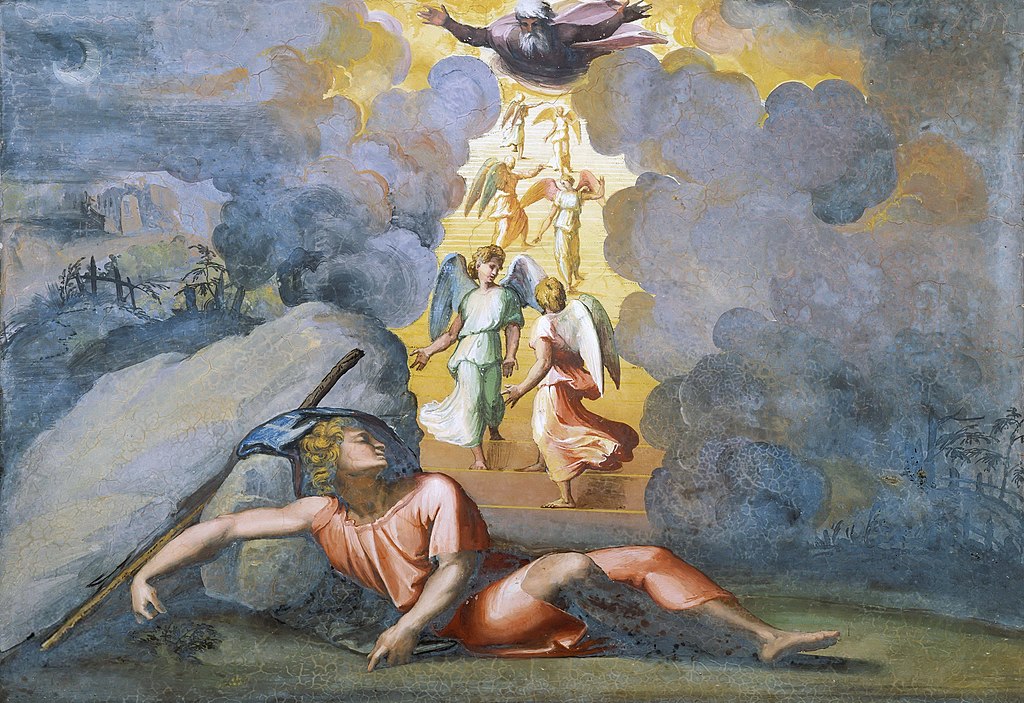 “Jacob’s Dream” (1518 or 1519), by Raphael, depicts the biblical patriarch Jacob dreaming of a ladder reaching to heaven, with angels ascending and descending it. This work is a representation of Genesis 28:10–19. In Jacob’s dream, God gave him the land he rested on, Bethel, an ancient Israelite site. Source: Wikimedia Commons.

Furthermore, religious interpretations of dreams have made their stamp on history. They have contributed to the legitimization and delegitimization of Charlemagne’s rule, to Descartes’ decision to become a philosopher, to Hitler’s conviction that his mission was divinely ordained, and to the idea of Gandhi’s hunger strike that ended the separation of castes in the Indian electoral system—a few examples of many world-changing dreams. What dreams may come that will shape our future?

Dreams have also had an enormous impact on social structures, related to power, gender roles, and social control. For instance, interpretations of dreams have worked to reinforce existing political structures, as rulers have often dictated the direction of dream discourse to serve their own purposes. This is reflected in the Hebrew scriptures, which suggest royal dreams were a means of communicating omens, whereas most other dreams were framed as false prophecy. Dream interpreters have historically held authority, and this sometimes led to opportunities for women to be in positions of power that they would not otherwise have had, such as the Oracles of Delphi. This empowerment of women via dreamwork can also be seen in Judaism, Christianity, and Islam in the first millennium.

“Priestess of Delphi” (1891), by John Collier, shows the Oracle sitting on a stool with vapors from the earth rising around her. One of the main stories about this in Greek literature suggests these vapors induced a frenzied state that gave rise to prophecies. Prophecies were also attained via rituals involving sleeping in the temple to gain revelatory dreams. Source: Wikimedia Commons.

The authority of dream interpretation—which I now mean broadly in terms of what a dream is, its purpose and meaning, etc.—resting with certain esteemed individuals continued into the twentieth century with psychoanalysis and, later, throughout the cognitive sciences. We might consider contemporary dream scientists as continuing in the ancient tradition of dream interpretation, as they carry cultural and social clout, are widely regarded as the source of ‘truth,’ and they form the forefront of most dream research today.

At the same time, the science of dreams has also inadvertently displaced that authority to the individual. This is because the natural sciences have interiorized dreams by directly connecting them to the human psyche and brain activity, which also led to the countercultural democratization of dream interpretation. As dreams were regarded as internal experiences—rather than having an external, universal significance as in religious worldviews, dream interpretation became the prerogative of the individual. And looking to dreams for self-insight was enthusiastically taken up in the so-called ‘New Age’ and continues to be a prominent feature in new religious movements today. It seems that the influence of dreams remains strong.

The impact of dreams on religion and society shows us that the boundaries between reality and fantasy can be very fluid. When I wake from a dream, the knowledge that it was an illusion does not eliminate the experience, though sometimes I wish it would. Illusion or reality, I went through it, sometimes physically sick from an emotional trauma or elated from a meaningful event. It is a part of my mind, my body, and my history. The science supports this: dream content is reflected in, for example, facial expressions while asleep and physiological arousal and has an ongoing impact on mood and behavior into the day. And, moreover, with dreams, every conceivable human experience becomes possible—the point being the enormity, the power, the potential that dreams bring to the human experience at all levels: mental, physical, intrapersonal, interpersonal, transpersonal, and global. Yet, dreams as an instrument of history have largely been ignored. The making of history does not stop at the day’s close.

I ask, if a third of the lives of all humanity is spent sleeping, and people spend more time in bed than any other single place, are we willing to neglect this portion of history? The bed is a locus of many profound human experiences. In bed, we have rapturous sex, experience the miracle of conception, suffer the pain of labor and the joy of birth, breastfeed our children, cuddle our young, relax, reflect, meditate, pray, masturbate, fantasize, fight illness, and oftentimes it is the place of our last moments of life. And we dream. Let us not sleep through the dreams of history, but bring awareness to it, bring the darkness of night into the light of our lives.

Laura J. Vollmer, PhD, is an independent scholar and a prolific writer, with contributions on a variety of topics related to religion, science, history, culture, health, and society. She wrote a monograph on theory and method in the study of religion, The Relationality of Religion and Science: Toward a New Discourse-analytical Framework (Brill, forthcoming). Currently, she is writing a book with the working title A Dream Come True: How Dreams Have Shaped the History of Religion and Society. Dr. Vollmer has also been a freelance academic editor for over ten years. In the past, she has worked as an adjunct instructor at Washington University’s University College in the Department of Religious Studies.

Counterpoint blogs may be reprinted with the following acknowledgement: “This article was published by Counterpoint Navigating Knowledge on 29 March 2022.”