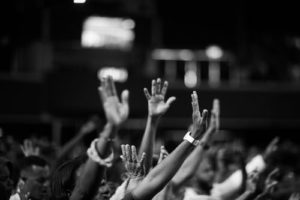 In an era of increasing secularization, evangelical Christianities are becoming increasingly influential in public life. What are the reasons behind this? And how should we understand this development? Recent research suggests that the social identity of evangelical Christian individuals and movements is challenged by increasing secularization, mass cultural shifts as a result of globalization, rapid mass social communication (such as social media), and the changing role of religion in public life. Yet evangelical (Charismatic and Pentecostal) Christianities are among the fastest-growing Christian movements around the world at present, and they are having an impact beyond Christianity, shaping social values—and even politics—globally.

Evangelical public theological sentiments are not overtly expressed as political in nature; instead, they are couched in theological, moral, and ethical convictions. Yet they are influential enough to change political regimes, influence elections, and reconfigure geo-political conflicts.

How are these evangelical Christianities characterized? A widely accepted definition of “evangelical” is the “Evangelical as a type.” This definition is frequently related to the work of the British theologian David Bebbington, who identified the criteria of evangelicalism as crucicentrism, Biblicism, conversionism, and activism. A second definition of evangelical is an individual or corporate entity which belongs to a historical movement known as “evangelicalism.” Evangelicals in this sense are either descended from individuals or groups related to the historical revivals of the eighteenth century, or they have chosen to associate themselves with the theological, ecclesial, or spiritual traits of those revivals.

Of course, religious movements are not only theological in nature. In order to understand the birth and spread of religious movements, one often needs to understand the relationship between social identity (such as cultural and historical characteristics) and religious belief. Belief is also mediated through the individual body (such as gender identity) and as a response to external contextual realities (such as geographic location, political location, and economic class). I have outlined and discussed these concepts here. The gist of the matter is that the social identity of a group, such as evangelical Christians, is constructed through beliefs (the individual interior), culture (the collective interior), bodylines (gender, race, or other aspects of the individual exterior), and geography (the collective exterior).

This is particularly important if we wish to understand the interplay between belief and society that characterizes contemporary evangelical beliefs. Consider the example of how African evangelical Christianities have introduced significant disagreements, and even splits, in two historical denominations (the Anglican Communion and the United Methodist Church) as a result of their conservative theological views on Christianity and human sexuality. Traditional African masculinity and its dominance in social and religious leadership, coupled with a patriarchal view of gender identity and sexual preference (based on a conservative reading of certain biblical texts, which is itself informed by heteronormative cultural values), combined with the fact that African evangelical Christians outnumber European and American Christians in traditional “mission sending” churches, led to a split in the global Anglican Communion. A similar series of events are currently unfolding between African members of the United Methodist Church and their American and European counterparts. So various aspects of social identity impact upon and shape evangelical theology, and also evangelical movements.

Another example, one focused on political life, is the role American evangelical Christianity plays in the construction of political power in the USA. Consider the recent controversy around President Trump’s decision to move the US Embassy in Israel from Tel Aviv to Jerusalem, which sparked a series of events with significant geopolitical consequences. This decision was partly due to the influence of a number of Zionist evangelical Christian movements and their leaders on the Republican Party in general, and Donald Trump in particular. This illustrates how the political dominance of American evangelicalism in the social imagination of the USA impacts not only traditionally evangelical moral and ethical conflicts (such as abortion, sexual identity, and capital punishment), but also carries much larger geopolitical consequences.

These trends and developments can be understood through the hermeneutic lens of a social identity complexity theory. Theology in general, and evangelical theologies in particular, have always developed in relation to contemporary changes in social values. In this instance, these changes relate to shifting social norms on sexual identity, political identity, multi-culturalism, and religious diversity. Globalization and the ubiquity of social media have spread such values in ways that religious groups and their leaders are unable to mitigate or control.

As a result, there are two generally identifiable theological and social responses to shifts in social identity complexity among evangelical Christians.

The first response is a form social and theological protectionism characterized by a retreat into what are considered to be historically held beliefs and values. This is often accompanied by a desire to combat or engage “new” ideas, emerging forms of cultural or social difference, or persons and groupings that represent the cultural “other.” One example of this are American and European evangelical views on migrants, particularly those who come from countries where Islamic faith predominates. Another example is the one cited above, relating to the presentation of what are considered “traditional” Christian values on gender and sexuality. Such a protectionist response can lead to conflict, social exclusion, and in some severe cases, to human rights abuses.

The second response is a form of socio-theological assimilation and transformation in the face of cultural or theological changes. Examples include forms of evangelicalism in Brazil, South Africa, and Latin America which seek to decolonize missionary Christianities, such as the “Emergent Church” movement and “Fresh Expressions.” In these instances, there is a dialectic tension between the theological coherence and consistency of the religious tradition and its authoritative sources on the one hand, and social, cultural, and theological challenges to historically informed beliefs and practices on the other. The result is an attempt to maintain the integrity of the (evangelical) Christian faith in the face of theological, cultural, or social challenges—such as rethinking Christianity in a post-Christian, post-Christendom, or post-congregational setting.

Protectionism and assimilation are not new phenomena in evangelical Christianities, but today these trends feature more prominently as hermeneutic approaches to meaning-making and social identity construction in the public sphere, as the porous boundaries of hegemonic religious and cultural identity are breached in a globalized world. Thus a social identity complexity hermeneutic holds great possibility for understanding and engaging with trends and developments in evangelicalisms around the world.

Dion Forster is Professor of Ethics and Public Theology at Stellenbosch University. He is the author of numerous books and articles in theology and ethics. His research focuses on social, economic, and political ethics. Dion is the director of the Beyers Naudé Centre for Public Theology. Find out more about his work at http://www.twitter.com/digitaldion.

Counterpoint blogs may be reprinted with the following acknowledgement: “This article was published by Counterpoint Navigating Knowledge on 3 October 2019.”

Trump is out, but US evangelicalism remains alive and well in Africa – The African Mirror · February 11, 2021 at 1:01 PM